By Jason Romano Apr 12, 2017
Ethan Chapman in a 2017 game for the Vaqueros Union Laguna of the Mexican League. (Photo Courtesy: Ethan Chapman)

Ethan Chapman’s dream was to make it to the Major Leagues. A native of Upland, California, Ethan attended Cal State San Bernardino, where he set the school’s single season record with 60 runs as a freshman in 2010 as well as slugging 14 home runs and earning second-team All-West Region honors.

In 2012, Chapman was selected by the Kansas City Royals in the 30th round of the 2012 First-Year Player Draft. In his first year in the minors, Ethan was named 2012 Idaho Falls Chukars Player of the Year and finished among the Pioneer League leaders in stolen bases, at-bats, triples, runs, hits and doubles.

Over the next 5 years, Ethan’s minor league travels have taken him all over the United States. Places like Idaho to Northwest Arkansas to Reading, Pennsylvania. Small towns, with big dreams.

Ethan’s dream to make it to the Big League level hasn’t happened yet. This past Winter, Ethan signed to play 2017 in the Mexican League (AAA level) with the Vaqueros Union Laguna club where he just began his season last week.

Ethan Chapman has a dream and he’s doing all he can to achieve it on the field. Off the field, he’s a husband and a devoted follower of Jesus Christ. His faith is at the center of who he is as a person. Ethan married his high school sweetheart, an emergency room nurse, who is currently not working so she can be with her husband in Mexico. 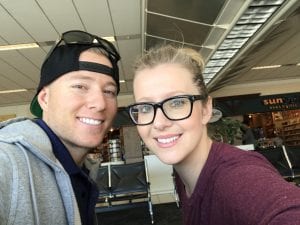 Today is the first of a season-long diary that Ethan is going to share with us as he continues his battle through minor league baseball and his quest to make it to the Big Leagues.

After thinking my playing career was over, my wife and I surrendered our situation to the Lord. Whatever He wanted us to do we were committed to doing. The next day I got a contract to continue playing professionally in Mexico. On top of that, it was enough money that my wife would be able to quit her job and join me for the first time. We were blown away.

Moving to Mexico was quite intimidating. New team, new league, new country, new language. Baseball will always be the same, play hard and leave it all on the field. Living life would be the biggest adjustment. Things you don’t really think about; ordering food, finding an apartment, getting back and forth to the field. These adjustments took a while but each day my wife and I got more confident.

One of my main goals this season isn’t a statistic goal, batting average or home runs, it’s the ability to play baseball free, free of worry, free of stress, and free of superstitions (which are big in the game of baseball) and to trust God fully in each and every situation. Should be an interesting summer, looking forward to it! 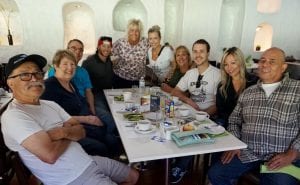