By Jason Romano May 4, 2017
Tim Tebow swings in a Spring Training Game vs the Cardinals in March 2007.

Strikeouts happen. Errors happen. Mistakes happen. Tim Tebow knows that, but he also knows that this isn’t some publicity stunt that he’s on. He wants to be a professional baseball player and he’s going to continue to chase that dream until someone says it’s over.

“It feels more comfortable,” Tebow told the AP on Tuesday “I’m definitely seeing pitches better. I feel like I’m getting better every week, too.”

Through one month of play with the Columbia Fireflies, the Mets’ Class A affiliate in the South Atlantic League, Tebow is batting .232 with 2 HR and 9 RBI in 23 games. He’s struck out 23 times in 82 at-bats but has an on-base-percentage of .315.

“I feel I’m making progress,” Tebow said to the AP. “But it’s a process. It’s just continuing to have that work ethic whether you’re 0-for-4 or whether you’re 3-for-4. It’s something I’ve tried to focus on this entire time. I don’t want to get too good after a good game or too bad. I’m just trying to stay level-headed.”

These numbers basically mean it’s a marathon and not a sprint and Tim Tebow is still in the early stages of that. Time will tell if he’ll make it to the Big Leagues but right now, his manager Jose Leger is pleased with what Tebow has brought to the table. 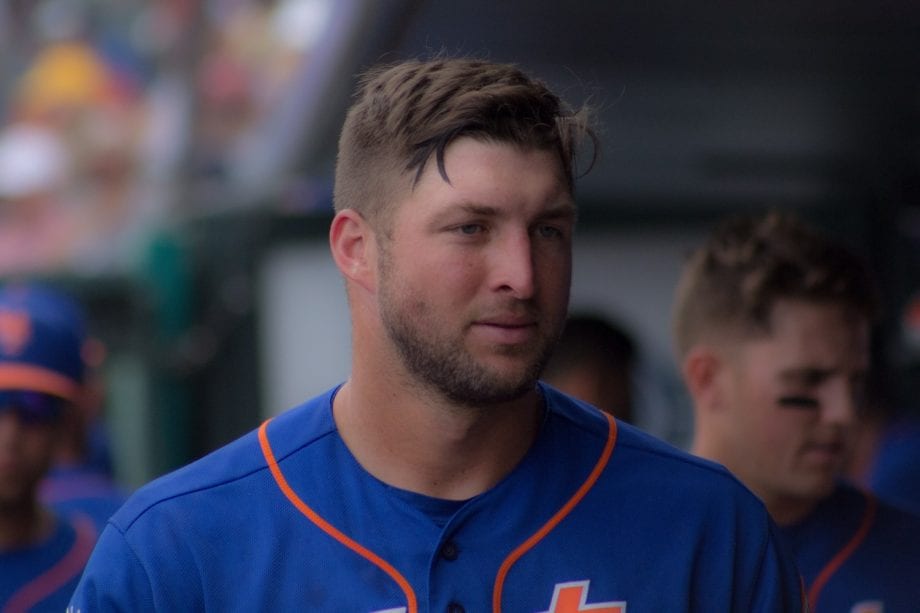 “His at-bats, you see the consistency,” Leger told the AP. “Once he finds the rhythm, this guy’s got the right tools to play this game.”

In his very first at-bat for the Fireflies this season, Tebow hit a home run, much to the delight of the 10,000 fans who had come to watch him.

Tebow went 1-4 on Wednesday with a single and 2 strikeouts in a 10-3 Fireflies loss to the Delmarva Shorebirds.

The Fireflies are currently 14-13 and in third place of the South Atlantic League’s Southern Division.