Ethan Chapman’s dream to make it to the Big League level hasn’t happened yet. This past Winter, Ethan signed to play 2017 in the Mexican League (AAA level) with the Vaqueros Union Laguna club where he just began his season last week.

Today is the fourth of a season-long diary that Ethan is going to share with us as he continues his battle through minor league baseball and his quest to make it to the Big Leagues.

This week will be a tough one. Not only is it my Mom’s birthday but Mother’s Day is also approaching. This is her first birthday since she passed. Many friends and family reached out and showed their love and compassion. It awesome to see the impact my Mom left on people. She now has the best seats to every game with me, without any pain! 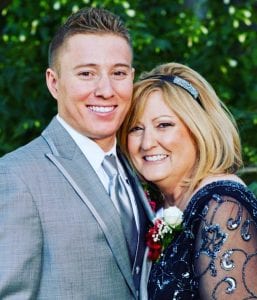 One thing people don’t see in baseball and in professional sports for that matter is the events we have to miss due to our job.

Baseball is a bit easier with the main holidays being in the off-season such as Thanksgiving, Christmas and New Years. But I’ve know plenty of players that have missed funerals, births of their kids, wives birthdays, etc to continue to play the game.

My first and second season in professional baseball, my grandma passed away. I was very close to her.

My family, who was there to watch me play that day, immediately left to handle the arrangements and I had to deal with my first death experience by myself.

Thankfully, I was grateful to be able to attend her funeral.

My second season a close friend of mine and former college teammate Jake Pilkerton passed unexpectedly which shocked my world.

I was unable to attend his service which was very hard for me. I remember finding out that Jake passed away while getting ready for a game. Trying to prepare to win a game after finding out one of your close friends has died is not easy. Oddly enough both Jake and my grandmother passed away on the same day, one year apart from each other.

We like to think that life back home is on pause when we are out playing in various cities throughout the world, but it’s not. Time marches forward, events happen, people get married, have babies, and sadly funeral arrangements are made.

I’m sorry this journal is coming off as sad or dark but this is the life we live and a side that most people don’t realize or get to see. That’s why I am so very blessed and thankful for everyone who has truly invested in me as a person rather than just a ball player.

There is a bright side though.

I know each day is another day closer to spending eternity with them in Heaven. 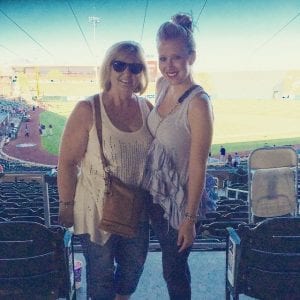 Through 31 games with Vaqueros Union Laguna in the Mexican League, Ethan is batting .277 with 2 HR, 9 RBI, 22 Runs Scored, and 9 Stolen Bases.