Sam Houston State’s baseball team is having a cinderella baseball season and are on their way to their first NCAA Super Regional in program history.

The Bearkats came back from a two-run deficit and beat No. 5 Texas Tech 4-3 to claim the NCAA Lubbock Regional.

WE ARE GOING TO THE SUPER REGIONALS!!! Here's the final out, a strikeout for @Nick_M_3 punching the ticket for @BearkatsBSB pic.twitter.com/ESEkQPxXdZ

After the victory, Bearkats head coach Matt Deggs shared a very passionate opening statement on his team’s achievements during the postgame press conference.

“They talked about us as being David in the land of Goliaths,” said Deggs. “Matthew 19:26 says ‘with man this would be impossible but with God all things are possible’ and that is what this ball club is all about.” 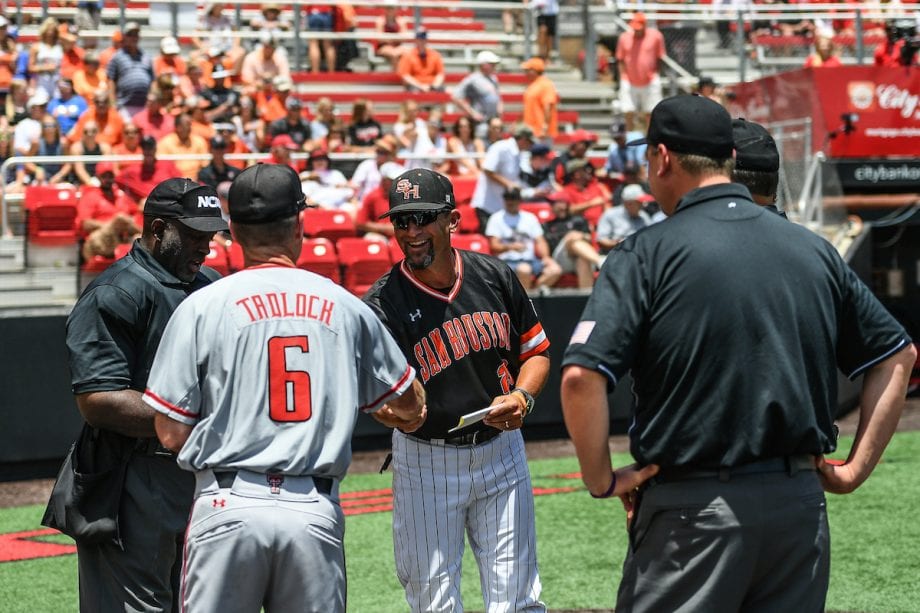 Coach Deggs talked about how all 27 players walked together, and stuck together to get to this spot, their first ever birth in the NCAA Super Regionals.

“They deserve this moment,” said Deggs. “I’m so thankful to the Lord that he carried us through this thing. This is a team that loves each other.”

Having great baseball players is one thing, but Coach Matt Deggs says it’s more than achieving the accolades on the baseball diamond, it’s about who they are going to become as men.

“As coaches, we’re in the business of developing men,” said Deggs. Well-rounded men that go on to be great husbands and fathers. Guys that do things the right way and leave a legacy for their family.” 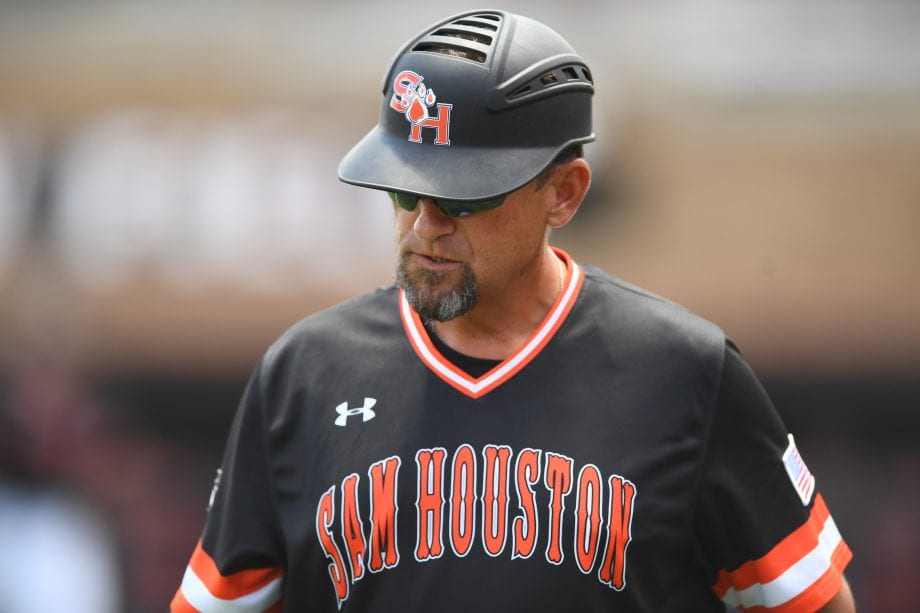 Sam Houston State now has 44 wins on the season, their most since 1987, the program’s first season at the Division I level. It is one win shy of the program record of 45 set in 1986.

The Bearkats next game is Saturday June 10 at 1pm ET on ESPN2 against Florida State.