“There’s a saying: ‘There’s never a bad day in Omaha,’ but when our season ends here, it’s never a good day. So we’re just looking to take care of business. It’s such an accomplishment to get there and we don’t want it to just stop there, we want to just go win it all.”

That’s the mission TCU catcher, Evan Skoug, shares as the Horned Frogs make their fourth-consecutive appearance in Omaha in search for the College World Series title.

Bottom of the 8th.

Godly men are said to be strong leaders, and humble servants. Skoug is working daily to be more like the manliest of men, Jesus.

Evan may have the muscle-rippling strength it takes to crush countless home runs out of Lupton Stadium, but it’s another type of strength that keeps him going. Perhaps it’s in God’s Gym where he performs his best. Skoug makes an effort to spend time in God’s word daily and surround himself with teammates and mentors that encourage him to be a better man.

Skoug believes relationships, like the one he has with teammate Mitchell Traver, have been the key to him growing off the field as much as on it. “First of all, he’s like a big brother to me. Mitchell is so well-rooted in everything that he does,” says Evan. “He’s just driven to excellence in everything. He seemed to always know what to say and always know how to comfort me. I just strive to be like him because he’s all in and he catches fire over the Lord. He’s all in. He’s like a walking Bible, everyone on our team knows that.” 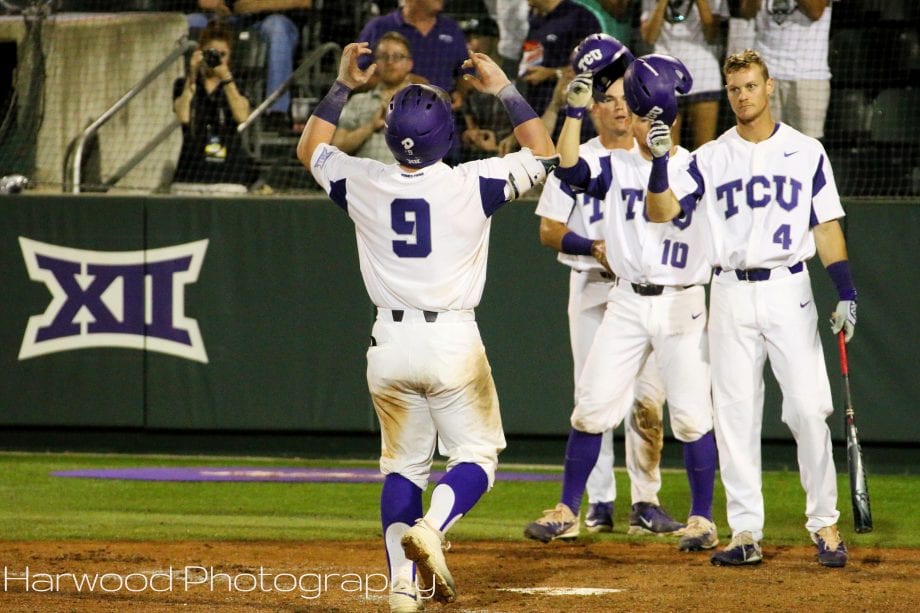 Amid struggles and adversity, Skoug finds his peace in Jesus. He’s faced a great deal of challenges and criticisms but knows where his true identity lies. “Basically, I was doing a lot of questioning and worrying and all this stuff,” said Skoug, “but at the end of the day it all worked out and something much greater happened than what I had expected. For me right now it’s learning how to trust His plan because He always has something planned out and it’s far greater than what you expected.”

Honored with countless awards, such as his most recent Co-Big 12 Player of the Year, Evan knows his duties are to lead, initiate, and be a man of action. Growing up though, leadership was something that didn’t come easy for Skoug. “For me, coming into college I was very under spoken and very shy,” said Evan. “Through FCA and throughout school I have learned to become more vocal and connect with people that I wouldn’t have connected with before, people that I would have just not talked to as much.”

When the name Evan Skoug comes to mind, many people also think of the word “service.” Giving it all on the field seems to be so important, but often we forget that it is what is done off the field that matters most.

One of those relationships for Evan was his bond with Micah Ahern, a young boy who became attached to the TCU baseball team during his time battling cancer.  Unfortunately, Micah succumbed to cancer and passed away in June of 2016. “Through Micah, just learning that life is so short. To live with joy,” said Evan “and just to be happy and really enjoy what life gives you because it’s just such a short, precious thing.” 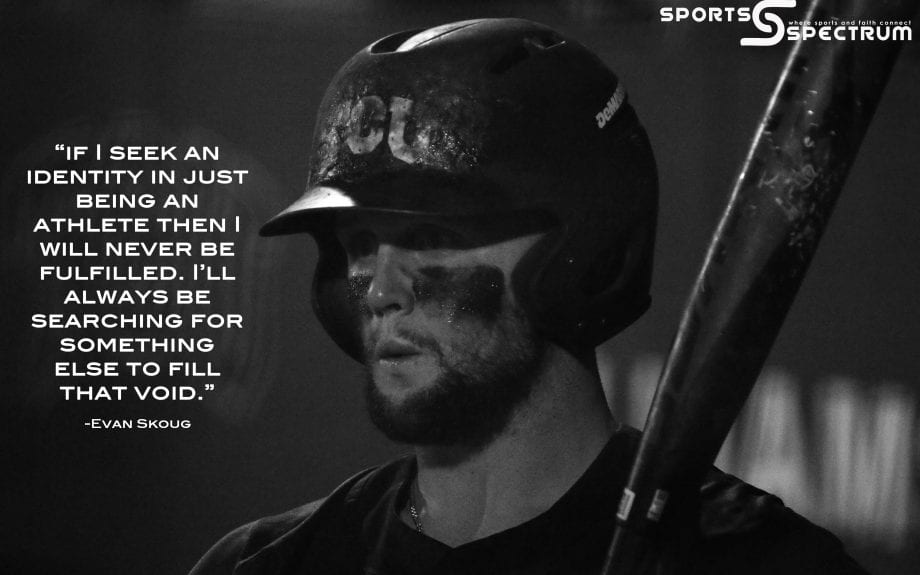 Evan is currently a junior at Texas Christian University but was recently selected in the seventh round of the 2017 MLB draft to the Chicago White Sox organization. As Evan ponders the next step in his baseball career, he understands that the platform God has given him and the influence he can have on those following in his footsteps. “The biggest thing that I want to do is just remember where I came from,” said Skoug “and that at one point I was one of those kids and I was looking up to them. I want to act and carry myself in a way that I would be proud to say that if I was a little kid, I would want to grow up just like him.”

Evan Skoug understands the blessing it is to play baseball at TCU, and potentially at the next level, but says it’s about glorifying God in everything he does.  “At the end of the day, you’re doing everything to glorify His name because He gave you all of those gifts. It should never be taken for granted, it should never be squandered. Just have fun and work really hard.”

TCU faces Texas A&M today (Tuesday June 20, 2017) at 1pm CST as they continue their quest for a baseball championship at the College World Series in Omaha, Nebraska.