Jackie Robinson is an American icon. The man that broke the color barrier in Major League Baseball has been dead for almost 45 years, and yet his legacy and his legend live on forever in the hearts of people across the world.

The story that has often been overlooked, however, was the importance of God and faith to Jackie Robinson.

In the new book, 42 Faith (published by Thomas Nelson), Fox News Reporter Ed Henry details the life of Jackie Robinson through the lens of his faith. Henry’s exhaustive investigative work into the life of the Brooklyn Dodgers legend revealed that Robinson was guided by his love for God, even in light of the terrible injustices that he faced entering professional baseball as its first African American player. 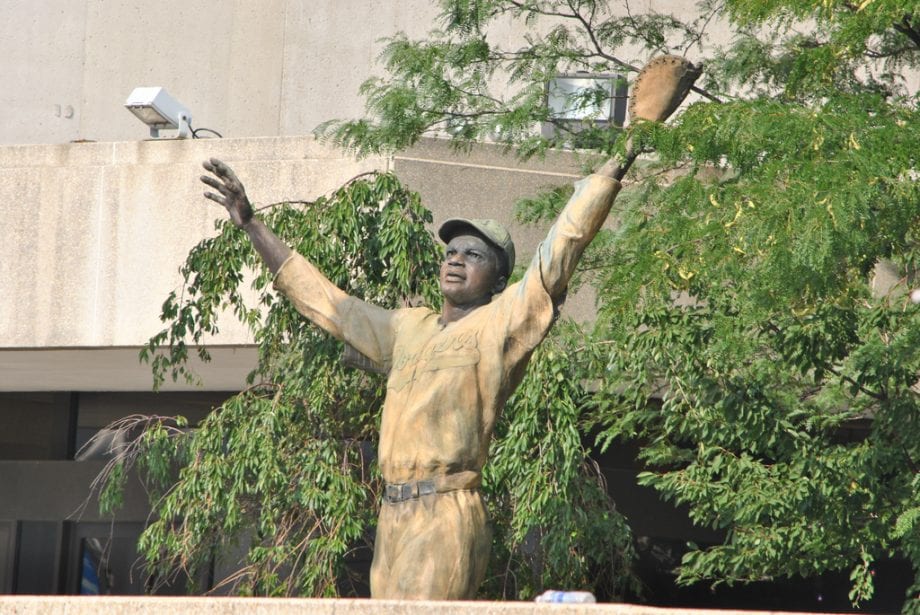 Henry’s passion to tell this story is shared beautifully throughout the book, especially in the way the relationship between Dodgers owner Branch Rickey and Robinson is featured.

The story of Rickey’s faith, in a way, is directly connected with his choice of Jackie to become the first African American player and Jackie’s trust and belief in Mr. Rickey as an owner and friend.

Robinson saw Rickey’s deep respect for religion when the ballplayer finally arrived in Brooklyn to meet with the executive, after that long train ride from Chicago, in the summer of 1945.

Rickey’s faith left a deep impression on Robinson, who was still marveling about it when he sat down decades later to write his unpublished manuscript.

“Some people have laughed at this grand old man because he is so dramatic and outspoken in his religious convictions,” wrote Robinson. “Others have insinuated that he is not sincere because he speaks so frequently and so emotionally about the Fatherhood of God and the brotherhood of man. It is the way of some people to make light of sincerity of this kind, because they themselves are too small to speak, think, and live big.”

Henry’s research for this book goes deep and it’s clear that he wants people to understand that Jackie Robinson isn’t just a hero in baseball, or a hero in society, but also a hero in faith.

The investigative efforts of Henry led him to include Jackie Robinson’s papers at the Library of Congress, biographies written on Robinson, other published sources about Robinson, and interviews with Robinson’s teammate Carl Erskine, Branch Rickey’s grandson, Branch Rickey III, longtime Robinson and Dodger fans Jerry Reinsdorf (former owner of the Chicago Bulls) and Larry King (legendary talkshow host). Robinson’s widow Rachel was also a key figure in this book.

However, maybe the most important source found by Henry was an unpublished manuscript on faith written by Jackie Robinson in the 1960s. Throughout the book, this manuscript helped provide a keen insight into the deep, abiding, faith in God that Jackie had. 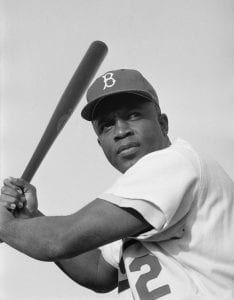 If you’re a fan of sports from a historical perspective, Ed Henry takes you in Doc Brown’s DeLorean and transports you back to the 1940’s and 50’s in a time when the game of baseball was played through the lens of a country that was shaped much differently in its beliefs than it is today.

Moments like April 15, 1947 when Jackie made his MLB debut. Moments like the 1951 Shot Heard Round the World, and of course, Jackie’s one and only World Series victory in 1955.

You immediately feel like you’re a fly on the wall to some of the greatest moments in sports history, all centered around baseball’s first African American player and the faith that shaped the young man from Pasadena, California.

The faith that Jackie Robinson had in our Creator is inspiring and something that should not be overlooked when we examine the legend and legacy of one of the most important sports figures ever. 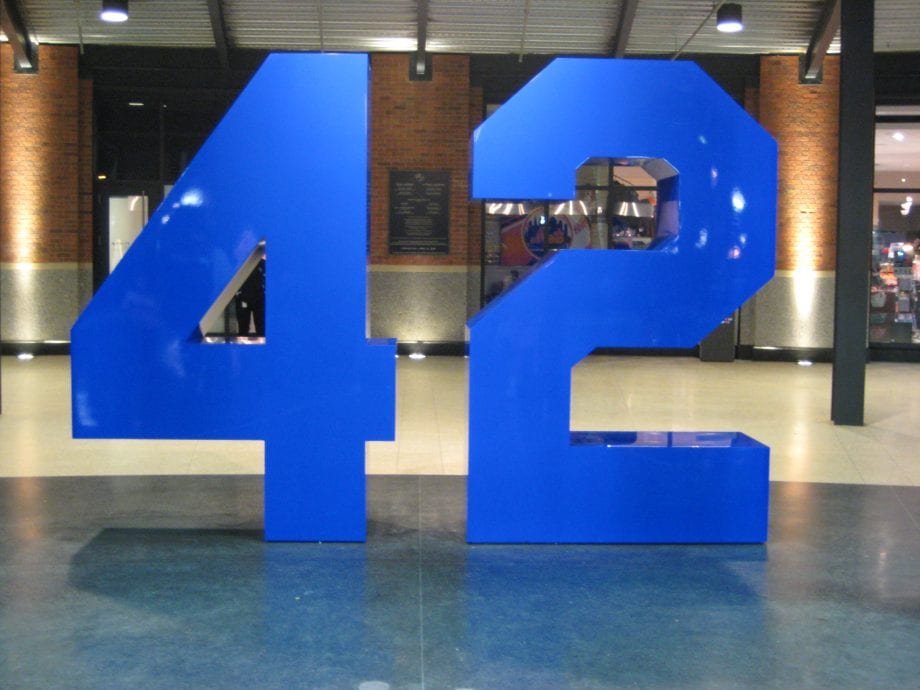 For more, check out 42FaithBook.com