Josh Mitchell on pitching in Royals organization: 'God was every bit the reason I made it'

Josh Mitchell’s path to professional baseball has been anything but straight, but by applying his faith through the twists and turns, he has been given opportunities to watch God work.

The left-handed pitcher is preparing for his second professional season in the Kansas City Royals organization in 2018, following a rollercoaster collegiate career that tested his resolve, and his faith.

Mitchell grew up in Ridgway, Pa., where he was brought up in the Roman Catholic Church. He remembers watching and learning from his grandpa as a youngster.

“My grandpa has taught me everything I know about baseball and God,” Mitchell said. “He is always telling me to thank God every day for what He has given me.”

Mitchell’s faith began to grow at an early age, and it wasn’t too much longer before he and his family began to see the gift in his left arm. “I think I figured out that I wanted to be a ball player when I was about 12 years old and I couldn’t play catch with my Dad anymore because I threw too hard,” he said.

That gift became a passion that eventually earned him a scholarship to the University of Pittsburgh, where he reported for his freshman year in the fall of 2013. 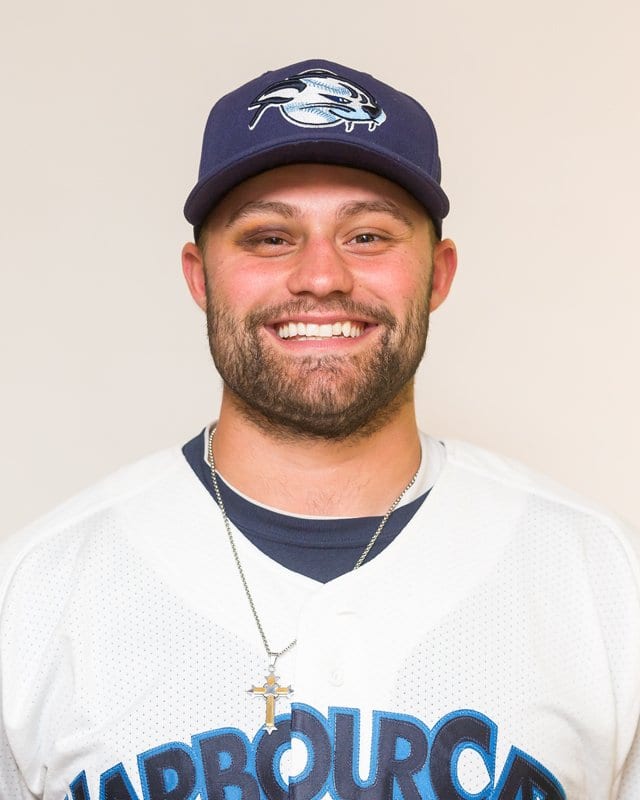 He says even with the change of environment and the challenges that come with collegiate athletics, he had a fairly smooth transition.

“There were believers at Pitt and some of them were actually my roommates,” Mitchell said. “People who knew me knew what I believed and understood that it was a part of me. I wasn’t ashamed. If anybody looked at me different, it didn’t bother me.

“Nobody made fun of me and I did have people say that they appreciated me being open about what I believe,” Mitchell said.

He remembers that even while juggling the demands of academics and baseball, making time for God did not take a back seat.

“I did most of my praying and worshiping by myself with my Bible,” said Mitchell, adding that while regular church attendance and activities like Bible study are positive and can be very beneficial, it’s ultimately about having your own personal relationship with God.

Mitchell underwent shoulder surgery during his freshman year, forcing him to redshirt.

That time away from doing what he loved only fueled Mitchell’s competitive fire to return to health and show what he could do.

Mitchell logged 23 innings of work in 15 appearances out of the bullpen for the Pitt Panthers in his redshirt-freshman season the spring of 2015. He then went to Canada’s west coast to pitch for the Victoria HarbourCats for the summer. There, Mitchell worked 22 more innings, working to a 2-2 record and posting three saves.

Back at Pitt and looking to build off of an encouraging season, Mitchell began to experience arm trouble again as a redshirt sophomore. Doctors found the source of the troubles to be a strained flexor tendon in his forearm and a sprained ulnar collateral ligament of the elbow, both in his throwing arm.

“I was just thinking ‘I’ve already had one surgery, I don’t want another,” Mitchell recalled. He pitched less than eight innings that year before having an exit meeting with his coaches at the end of the season.

“(My coach’s) words stick with me and are still what get me out of bed in the morning,” he said. “(My coach) started by saying, ‘Well Josh, you didn’t throw,’ and at that point I knew where it was heading.”

Mitchell’s scholarship was being taken away. Returning as a non-scholarship player cast serious doubts on what his opportunities would be going forward.

What followed was a period of deep soul searching.

“For the next two weeks, I was in my dorm room asking myself, ‘Do I ever want to pick up a baseball again?” Mitchell said. “Josh Mitchell, the pitcher — that’s who I was up to that point, and it felt like it had been ripped away from me.”

“When you fully devote your heart to trusting Him, that’s when things start to happen. God believes that you deserve an opportunity, and if he believes it, then you’re going to get one.” – Josh Mitchell

Faced with great uncertainty, Mitchell held his trust in God closer than ever.

While in prayer, Josh hadn’t noticed that the priest had sat down beside him.

The priest asked Mitchell if he was OK, to which he answered, “I’m just looking for a second chance to show that I can do something with this gift that God has given me.”

“We stayed there and prayed together,” Mitchell said. “He told me that I am going to do something great. I left with a great sense of joy and a real uplifting feeling.”

Back in the dorm room, Mitchell watched an MLB Network show at 1 a.m. with baseball Hall of Famer and fellow southpaw Greg Maddux talking about left-handed pitchers.

Mitchell picked up the phone and called Jim Swanson, managing partner of the HarbourCats.

“I asked him if there was any chance that they had room for one more left-handed pitcher,” Mitchell said.

The answer: “We’ve been waiting for you to call.”

A week later, with perhaps one final chance left in an attempt to extend his baseball career, Mitchell packed his glove and cleats for another summer on Canada’s west coast.

“The welcome I received when I got back to Victoria was wonderful,” Mitchell said. “Being back with that organization — friends who welcomed me back with open arms, and fans who make you feel like a big leaguer while you’re still in college.”

What unfolded for Mitchell and the HarbourCats was a remarkable and historic season.

Playing in the West Coast League — one of the premier summer collegiate circuits, featuring rosters stocked with talent from top NCAA Division I programs and conferences across the country — Victoria posted a league record for wins with their 40-14 regular season record in 2016, becoming the first baseball team to host a playoff game in British Columbia’s capital city since the 1950s.

And much of the success was thanks to their Pennsylvania lefty.

Mitchell started nine games, posting a perfect 7-0 record with a 1.86 ERA and 61 strikeouts. He led the league in wins and set the Victoria franchise record for wins and strikeouts in a season.

“I got one start and never looked back,” he said.

The sudden success did not distract his ultimate focus.

“I carried my Bible in my backpack everywhere; I wasn’t shy about it,” Mitchell said. “I’d just open it up, and ask God what He wanted me to read. Every day, I knew I was supposed to read that page on this day, and I never read the same page twice.

“God was looking over me, even when I was at rock bottom,” Mitchell said. “I started trusting God more, and it was a domino effect. Next thing I know, I’m in the All-Star Game, then I’m named the team’s co-Pitcher of the Year, and a (Perfect Game) Summer-Collegiate All-American.”

Though he had quickly gone from a time of frustration on the mound to a time of great success, Mitchell maintained his perspective.

“The notoriety was great but there is more to it than what is seen on the mound,” he said. “All the fans see is what happens in the game. Nobody sees the meetings and the extra work with the coaches before games. I wasn’t going to take ‘no’ for an answer.”

Mitchell still gets emotional when he talks about the impact his head coach and pitching coach that summer, and Swanson, have had on his career.

“Jim Swanson, Graig Merritt and Joe Fabre turned my career around. They may have…” he stopped himself. “No, they did save my career.”

“I was so close to throwing it all away,” he said. “If it wasn’t for them, I wouldn’t be in the Royals organization right now.

“Every time I stepped on the mound, it didn’t matter who was around me, or who was hitting. Just having a baseball in my hand and knowing that someone had confidence in me was everything,” Mitchell said. “I carried what the priest said to me all summer.”

Following his breakout summer season in Victoria, Mitchell had his scholarship reinstated at Pitt and asserted himself as a front-of-the-rotation starter. He started a team-high 16 games, finishing second on the team in innings pitched and strikeouts.

That led the Kansas City Royals to select Mitchell in the 22nd round of the 2017 MLB Draft.

“When I took the mound for my first professional appearance in ‘rookie’ ball, I looked down and it said ‘Royals’ on the front of my jersey,” he remembers. “I had to step off because I started tearing up. It meant so much after what I had been through in school.”

When his catcher came to the mound, Mitchell explained.

His pitching coach then left the dugout but was waved off by the catcher who simply said, “He made it.”

“God was every bit the reason that I made it. I pitch with a lot of emotion because I play to please Him and I get excited about it,” Mitchell said. “Whatever the situation or platform, it’s all for Him. The stats may go next to my name but it’s ultimately for Him.”

Before turning back to the dugout, the coach made eye contact with Mitchell, and tipped his cap.

“I’ve known my coach for two hours and he’s tipping his cap to me,” said Mitchell, still marveling at the poignant moment.

Mitchell says while the competition improves at the next level, his approach does not.

“Nothing has changed about my relationship with God. We do have chapel, and I talk to the team chaplain,” he said. “Some bus trips I’ll still pull my Bible out and read. It relates to the game, home or social life, everything.”

While there is an ever-present pressure in the minor leagues to move up the ladder, Mitchell says it doesn’t dominate his thoughts.

“Yes, I pray every night that it’s in His plan for me to make the big leagues. It was my dream from the time I was in little league to play professional baseball and it came true,” he said. “But to me, it’s not pressure to succeed, it’s all opportunity to travel and play the game I love.”

“He has a plan for me and I’m trying to follow it for Him. He gave his life for me so why not give my life back to Him,” Mitchell said.