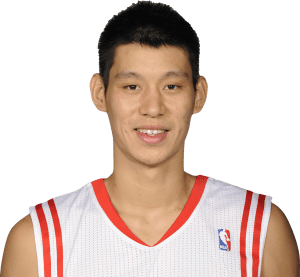 “No eye has seen, no ear has heard, no mind has conceived what God has prepared for those who love him.” I Corinthians 2:9

It was a simple request. Let me stay on the New York Knicks roster.

That was the prayer request uttered by Jeremy Lin on January 27 at a pregame chapel with teammate and friend Landry Fields teammate Jerome Jordan and Miami Heat forward Udonis Haslem.

“The chaplain asked us to share a prayer request, and I knew February 10th was right around the corner, so that was what was on my heart, just that I would be able to continue to stay on the roster and be with the team the rest of the year,” said Lin in front of reporters during NBA All-Star week. “So that’s kind of what I shared with the group of guys.”

That date, Feb. 10, was the deadline for the Knicks to decide if they wanted to keep Lin or cut him.

On the day of the request, it could have seemed like an easy decision. Lin, who had been cut by two teams (his hometown Golden State Warriors and then the Houston Rockets on Christmas Eve of all days), had played in only nine games for the Knicks before Jan. 27, averaging a mere 6.1 minutes and 3.6 points per game.

Eight days later, when he scored 25 points off the bench to lead the Knicks to a 99-92 win against New Jersey, “Linsanity” was born.

“Linsanity” was the term given to the insane media attention toward Lin, a Harvard graduate who was sleeping on his brother’s couch and then on Fields’ couch because he didn’t know if he would have a job and, in return, have enough money for rent.

What makes Lin’s story so endearing to Christians is that he proclaims Christ and isn’t ashamed to talk about his faith. Lin, the first American-born NBA player of Chinese or Taiwanese descent, is the ultimate underdog who wasn’t given a chance, but has wowed fans with his desire, work ethic and genuine humbleness—the antithesis of today’s all-about-me athlete.

During that first stretch of seven games when Lin exploded, he led the Knicks to a 7-0 record, averaged 24.4 points, 9.1 assists and was the first player since mega-star LeBron James in 2003 to have at least 20 points and eight assists in his first start.

The Feb. 10 deadline was met with an exclamation point by Lin. He torched Kobe Bryant and the L.A. Lakers for 38 points (Kobe had 34), led the Knicks to a 92-85 victory, and his 89 points in his first three starts were the most by any player in that stretch since the ABA and NBA merged in 1976.

The Knicks had no choice but to keep him.

The records kept coming, though. The next day, he scored 20 points in a 100-98 win against Minnesota and became the first player in NBA history with at least 20 points and seven assists in his first four starts.

Three days later he scored 27 points in a 90-87 victory against Toronto, scoring 136 points in his first five starts to best Shaquille O’Neal’s NBA record of 129 over the same span.

From there he was selected to the Rising Stars Challenge game during NBA All-Star Week by none other than Shaq, who was the “general manager” of the team. Lin’s selection came despite it being too late for NBA coaches to choose him for the game and despite David Stern not issuing a commissioner’s exemption to include Lin in the All-Star game festivities.

Lin’s popularity has been so intense that his online jersey sales became the best in the NBA, and so broad that his popularity reached to China, where they voted him first in an online fan vote for his performance in the Rising Stars Challenge—despite only scoring two points.

Lin’s popularity also caused the extreme (a Boston-based Ben & Jerry’s put out a “Taste the Lin – Sanity” ice cream flavor for a limited time) and the expected (Nike released a Jeremy Lin shoe at the end of February).

But most of all, it caused people to write and talk about his faith—because he had the faith to  pray and believe.

After the season, New York let Lin get away, much to many Knicks fans dismay. The Houston Rockets, the same team to cut him on Christmas Eve, gave him a three-year, $25 million deal.