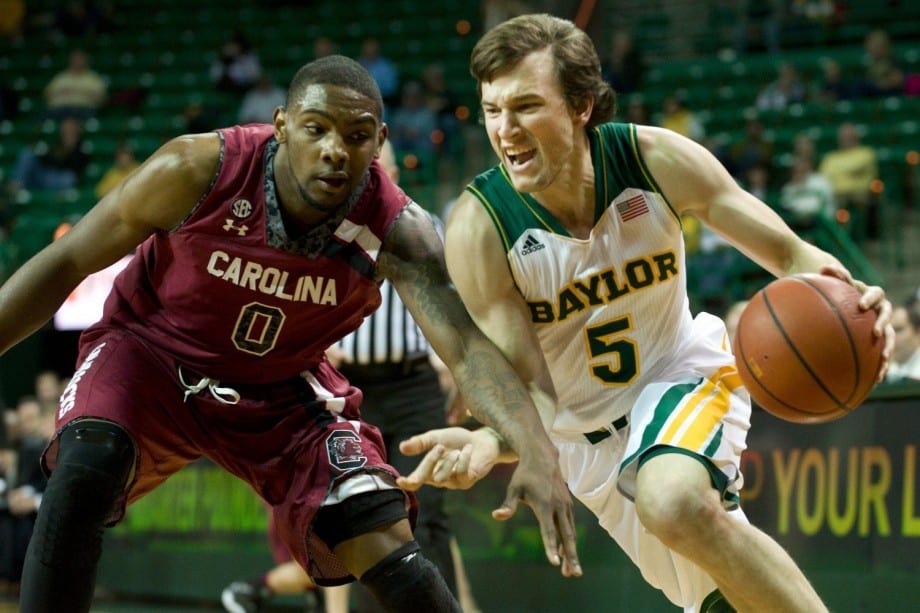 There was a time when Baylor University senior guard Brady Heslip’s lifelong dream of playing college basketball was on the fringes.

Heslip, considered one of the best three-point shooters in NCAA Division I basketball, transferred from Boston College to Baylor in June of 2010 after then-Boston College head coach Al Skinner was fired. This led Heslip—the Burlington, Ontario, native—from the east coast to central Texas.

Forced to sit out a year, Heslip’s future, once certain in Boston, was now in question. What made his future more in question, Heslip knew, was his physical shape.

“I was overweight, that’s just plain and simple what it was,” Heslip told The (Toronto) Globe and Mail.

Heslip was a kid, and he ate like one and lived like one. He liked junk food. He didn’t take the best care of his body. But he knew he needed to change if he wanted a chance to play at the NCAA Division I level and accomplish his dreams. And what better time to change than his year off after arriving in Waco?

During his year off, Heslip changed his workout habits. He changed his diet. He dropped 24 pounds. He got serious. A year later, he was the talk of the NCAA tournament when he scored 27 points on 9-of-12 three-point shooting in Baylor’s victory against Colorado in the second round.

“He’s always been able to shoot the lights out,” says Jacob Neubert, who was a senior on last year’s Baylor team. “His work ethic is incredible. His physical shape, from when he got here, to the end of that first year, was so much different. He got faster. He got stronger.”

“Coach Drew just always talked about winning in life,” Heslip says. “And he always tells us that it doesn’t matter if we didn’t win a single game; the way we all win in life is accepting Jesus in our lives and knowing we will go to heaven so we will spend eternity together in heaven.

“I just wanted a new direction. I wanted to accept Jesus and know for sure I would go to heaven and spend eternity in heaven. Not that my lifestyle was crazy, but I wasn’t doing all the right things…I’m not saying I’m perfect now, but I’ve come to understand the right way.”

For several years, Heslip was curious about religion. He came from a Catholic household; but in Canada, Heslip says, faith wasn’t as ingrained in the culture as, say, a Baylor University.

In December of 2008, he asked his father for a Bible. He had a longing to pray, and he would read the Bible with a curious heart and mind.

“I went to Boston College for my first year, prayed when I was up there, and ended transferring to Baylor,” Heslip recalls. “I believe God was doing works in my life to land me at a place like Baylor. I think that was all part of His plan.”

It was a year of waiting at Baylor University that not only helped make him the player he is today, but also made him the person he is today.

“It just reassures that God really does have a plan for all of our lives,” Heslip says. “If you pray about it and want to learn about it and want to get to know Him, He will do works for you. He will speak to you, sometimes indirectly, and just show that He really does have your back, and He is looking out for you. He will put you in places you need to be, and as long as you stay close to Him and try to grow in Him, He will work for you.”

Stephen Copeland is a staff writer at Sports Spectrum magazine. This story was published in the November 2013 DigiMag.