In The News: Stephen Curry 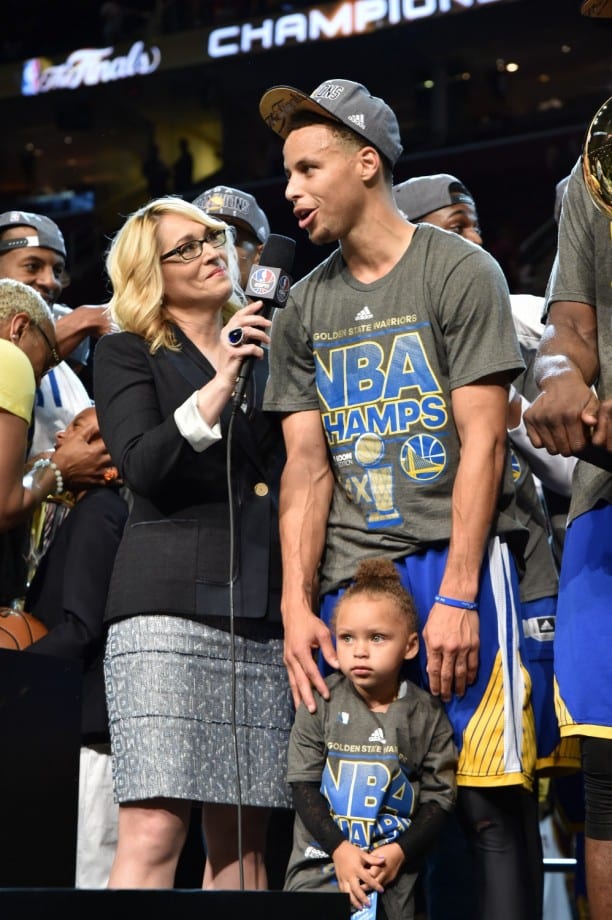 The success seemed to come all of a sudden for Stephen Curry, who earned his second consecutive All-Star berth this season before winning the NBA MVP in May and leading the Golden State Warriors to the NBA title in June.

Despite turning 27 in March, Curry doesn’t look too far removed from that miraculous 2008 NCAA tournament run when he led tiny Davidson College to the Elite 8 and within a shot of advancing to the Final Four.

The boyish face everyone remembers is still evident, but what has changed is the hardware that he’s won—and the fact that everyone seems to know who Curry is now.

First, though, Curry had to fight the franchise’s dreadful history. The NBA title was the first for the franchise in 40 years, and a Warriors player had not won the league MVP in 55 years when Hall of Famer Wilt Chamberlain won in the 1959-60 season and the team was located in Philadelphia.

Success and making history, though, didn’t get Curry off track.

“First and foremost I have to thank my Lord and Savior Jesus Christ for blessing me with the talents to play this game, with the family to support me, day in, day out,” he said during his NBA MVP acceptance speech. “I’m His humble servant right now and I can’t say enough how important my faith is to who I am and how I play the game.”

“When I pound my chest and point to the sky, it symbolizes that I have a heart for God, something that my mom and I came up with in college. I do it every time I step on the court as a reminder of who I’m playing for. People should know who I represent and why I am who I am, and that’s because of my Lord and Savior.”

His faith remained the same between winning awards and entering the league, something refreshing in today’s culture.

“He (God) has given me a lot of responsibility,” Stephen told Sports Spectrum in an exclusive interview in 2012. “He’s encouraged me to really be the spiritual head of the house He has called all men to be. It’s easy when you’re by yourself to be selfish about it, but when you have other people you are accountable for—emotionally, spiritually, physically—it’s a different ball game. For me, being the one everyone is looking to for spiritual guidance when it comes to leading our family in the right direction, it’s a big responsibility, but I can’t thank God enough for that.”

“It’s very humbling to know I’m able to be on the stage that I am, and I think God has put me in this situation to change this perspective on what it is to be a man of God and a player in the NBA. I want to use the gifts God gave me on the basketball court to uplift His name. That’s at the forefront of why I play the game.”

A’ja Wilson leads Las Vegas Aces to WNBA title: ‘I’ve got to give it all to God’