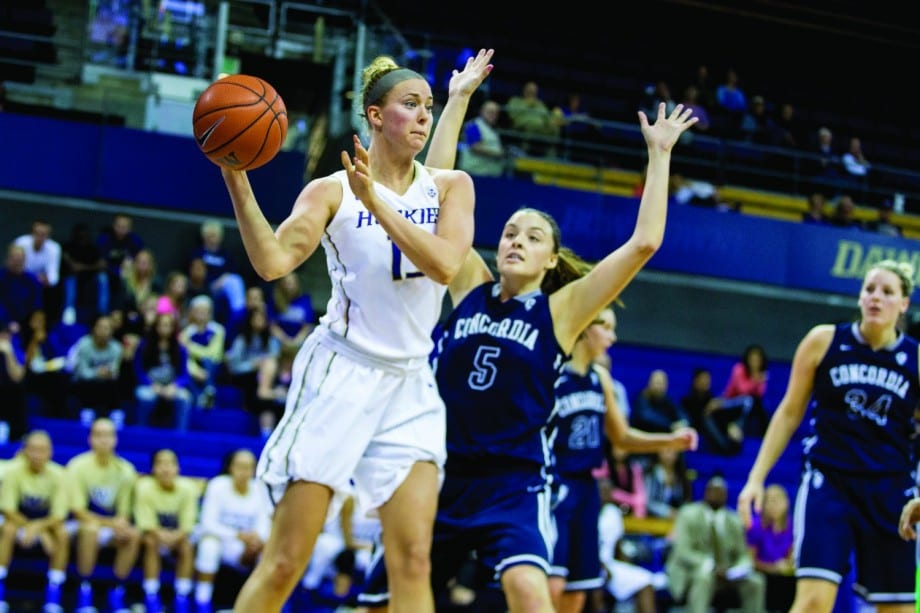 Maybe even more surprising than the news—Katie Collier had a rare form of Leukemia—was her reaction. She could still smile. Despite the heartache.

Even with a chemo drip attached to her arm as she laid in the hospital, Collier, one of the top recruits in the country in girls’ high school basketball her senior year at Seattle Christian, let her Christian faith shine.

“People came into her hospital room expecting to see an ashen-faced girl who was beaten and fearful,” says Mark Collier, Katie’s dad. “When they opened the door, they saw someone who was beaming and full of life and full of hope, and someone who trusted God.” 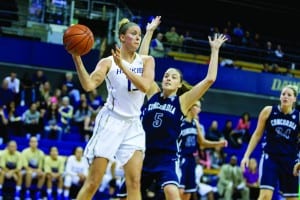 Because of her basketball skills, she received a scholarship to the University of Washington and is now a red-shirt junior on the team. Because of her Christian faith, she has inspired others.

Two days before playing her final game for Seattle Christian, Katie laid in her bed at home unable to go to school, tired from that morning’s chemo treatment for cancer.

But that Saturday afternoon, she was at the game, running up and down the court.

“She couldn’t go to school because she was in so much pain,” Katie’s mother Ann Collier says. “I don’t know how she did it.”

In September 2011, while Katie was making a recruiting visit to the University of Washington, her gums began bleeding and she felt worn down. At first, her family thought it was mononucleosis. But a blood test showed she had acute promyelocytic leukemia, a rare form of cancer.

“Our first response was disbelief,” Mark says. “Our daughter, who was so healthy, had cancer?”

From September to March her senior year in high school, Katie underwent weekly chemotherapy treatments. Often, she’d be so nauseated she couldn’t go to school. Yet she played in 18 games and missed only eight games that season, and she’s now on a basketball scholarship at the University of Washington.

Surprisingly, it was in the hospital, when Katie was hooked up to an IV drip while lying in bed, that her Christian testimony spoke the loudest. Not when she was on the basketball court hitting another basket.

She let her light shine while fighting cancer. She overcame despair with prayer.

“Katie’s journey has been one of strength, courage, stamina and a true inspiration for anyone who has followed her amazing story,” says Carol Ridings, an administrator at Seattle Christian. “Katie exemplifies courage, faith and strength. She continues to be an excellent Christian role model for children and adults alike.” 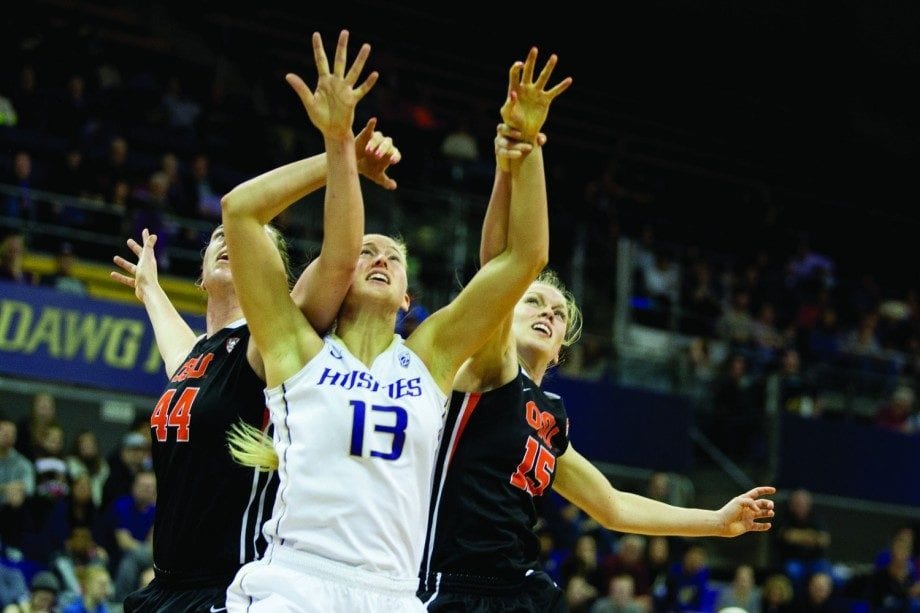 As a Christian, it’s easy to walk the talk when everything is going right. Setbacks and disappointments, whether it’s a loss in a basketball game or a doctor bringing bad news, reveal a Christian’s faith and character when that faith is under the closest scrutiny by both skeptics and seekers.

“The thing that makes me most proud of is that Katie let this be an opportunity to shine for God,” Mark says. “She’s expressed her faith and hope she has in Jesus Christ.”

Her story has been told in the Seattle newspapers and on the local TV news. Her fight against cancer became her platform to share her Christian faith.

“She’s touched so many people,” Ridings says. “Hundreds of people called the TV stations after they saw the program about her. They’d say, ‘I’m also a cancer patient, and because of her I’m going to fight.’ She encouraged people she didn’t even know.”

The Colliers are not strangers to cancer. Ann is a cancer survivor. She went through breast cancer treatment eight years ago.

“In both cases, with myself and with Katie, we felt God was in control,” Ann says. “Either you believe it or you don’t believe it. That’s where the rubber meets the road. If you believe it, then you have the hope and the trust.”

Moments like this in a Christian’s life can drive them away from God or drive them to their knees. The Colliers know that becoming a Christian doesn’t mean they have an immunity to hardship.

“We pulled together as a family, as a community with our church, with our friends at Seattle Christian,” Mark says. “There was such an outpouring of support. We felt the thunder of everyone dropping to their knees and praying when they heard the news about Katie.”

Six months after her diagnosis, Katie was cancer free. Her family celebrated with a trip to Chicago for the McDonald’s All-American basketball game that Katie played in. After battling cancer, she tore the anterior cruciate ligament, the medial collateral ligament and the meniscus in her right knee in July 2012 during workouts prior to her freshman year at the University of Washington and missed the entire season. But as a redshirt freshman, the 6-foot-3 Katie played in every game, started four games and averaged 4.3 points, shooting 44 percent from the field.

She’s now beaten cancer and come back from knee surgery.

She’s a fighter and a believer.

Katie, who was able to talk with children as a volunteer at a Ronald McDonald House, now has empathy for what kids and families go through during cancer treatments. It’s an insight she’s using to share her faith.

“Thank God I got cancer or I wouldn’t be able to communicate and relate with the kids the way I’m able to,” she says.

Because of her strong, unbending faith, this is a hardship that became a testimony.

Gail Wood is a freelance writer who worked as a sportswriter for newspapers for more than 30 years.