David Nichols tied a single game school record, scoring 40 points to lead his UAlbany men’s basketball team to a 100-71 victory over Hartford in the America East Tournament on Wednesday Night.

The 6’0 sophomore guard from Chicago was on fire, hitting 14 of 22 shots from the field, including 8 of 12 from three-point range. At one point, he was outscoring the entire Hartford team on his way to the best game of his college career.

The reason this game was truly special though, was that three days earlier, David’s sister Cecilia Coleman, died after a long battle with leukemia at the age of 24.

After flying home to be with his family, Nichols returned to Albany and honored his sister, known as CJ, by having the game of his life.

“I think you could say that,” Nichols told the Albany Times Union, when asked if he was playing for his sister. “She was on my mind a lot. Playing for this team, which has been a big help in supporting me, I wanted to go out there and give it my all … for this team and my family.” 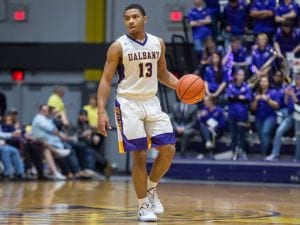 A crowd of 1,693 paid tribute to Cecilia Coleman by giving him a loud ovation when he was introduced. Every UAlbany player wore the initials “CC” on the back of their warmups to honor her.  David’s father Donald, shared his appreciation on twitter following his son’s career performance on the court.

David and the UAlbany Danes will continue their conference play Monday night when they face Stony Brook on Long Island. 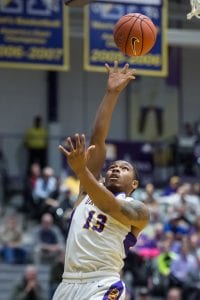