Indiana Will Miss The Tom Crean You Didn't See

Indiana fired their head coach Tom Crean after 9 seasons in Bloomington last week. Crean led the Hoosiers to four NCAA tournament appearances, twice reaching the Sweet Sixteen. He was named the 2016 Big Ten Coach of the Year. One year later, on March 16, he was dismissed by the team and is no longer their head coach.

There are certainly many die-hard Hoosier fans that believe Crean’s time as the coach was up and the firing was justified. His impact on coaching young men to be successful in basketball and in life will certainly be missed. But there’s another Tom Crean that many of us don’t know about. The Tom Crean that had a very large impact on the community of Bloomington. An impact that will be extremely difficult to replace. 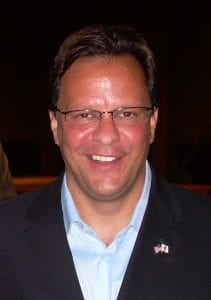 As the Indianapolis Star documented, Tom Crean isn’t just a basketball coach. He’s a man of deep faith, who’s lifestyle is driven by helping others and serving others.

There was that moment in 2012 when Crean stopped to help Caleb Anderson on the side of a snowy Bloomington, Indiana road.

There was the time when Tom Morris, a strength coach with Indiana, suffered a catastrophic mountain biking accident.

(As written by Indy Star)

Crean raised money for the Morris’ “Tom’s Team” charity. Publicly, Crean’s contributions and support mirrored those of many others around IU and the city. Privately, they went further.

When Crean heard that Tom and Christa’s parents were arriving overnight in Indianapolis in the hours after Tom’s accident, he booked two rooms at a local hotel, covering their costs for their entire stay.

In Indianapolis for a playoff game between the Pacers and the Miami Heat, Crean gave up tickets to catch his old pupil, Dwyane Wade, so he could watch the game with Morris in his hospital room.

“He really doesn’t want you to know he’s doing stuff, which makes it even more amazing,” Morris told the Indy Star.

There’s many other stories of Crean helping others that are documented in the Indy Star article from a few years ago. Crean says he’s not looking for publicity. He just wants to help and serve.

“I don’t look at it like it’s anything special. We should all be trying to help people where we can,” Crean told the Indy Star. “I think the most important thing is that you take your turn when it comes.”

Tom Crean has never shied away from his faith and is a very outspoken Christian. At a 2014 Fellow of Christian Athletes Banquet, Crean shared his faith and talked about how Christianity plays a role in his day to day life.

“No matter what you think, God is the one that’s going to be completely in front and center on this,” said Crean. “I think what it does is you can shy away from your faith and think you’re going to do it on your own and think that things are going to work themselves out, or you can become a lot stronger as a Christian in your faith, and I don’t think there’s any question that that’s happened for me.”

Tom Crean is no longer Indiana’s basketball coach. But it’s his work off the court that the Bloomington, Indiana community will miss most from him.