Coming into Game 3 of the Eastern Conference Finals on Sunday, the Boston Celtics looked like they were done. In Game 2 against the defending champion Cleveland Cavaliers, Boston was embarrassed on their home floor. Down They lost 130-86 and looked like a defeated, broken, beaten team. They’d also lost their best player, Isaiah Thomas to a hip injury. They would have to play, at least 2 more games, without their leader.

But the beauty of sports, much like life, is that we often aren’t tested in our victories, but in our defeats. How do we respond to adversity? How do we overcome when all seems lost?

For the Celtics guard Avery Bradley, coming back from a 44 point defeat is hardly the most adversity he’s ever faced.

In 2013, Bradley lost his mother. Just 46, Alicia (Lisa) Jones-Bradley was Avery’s biggest supporter. Bradley lived with his mother and he began to grow up, eventually attend the University of Texas and be drafted to the NBA by Boston as the 19th overall selection in the 2010 Draft, Lisa watched her son grow from a young, immature boy, to a man.

A mere 2 weeks after his mother’s death, Bradley’s roller coaster of emotions went from the lowest of lows to the highest of highs when he became a father for the first time to son Avery Bradley III.

“I miss my mother but at the same time,” Bradley told CSN New England, “I’m blessed to have my beautiful family, blessed to have this opportunity to go out and play for her, play for my family.” 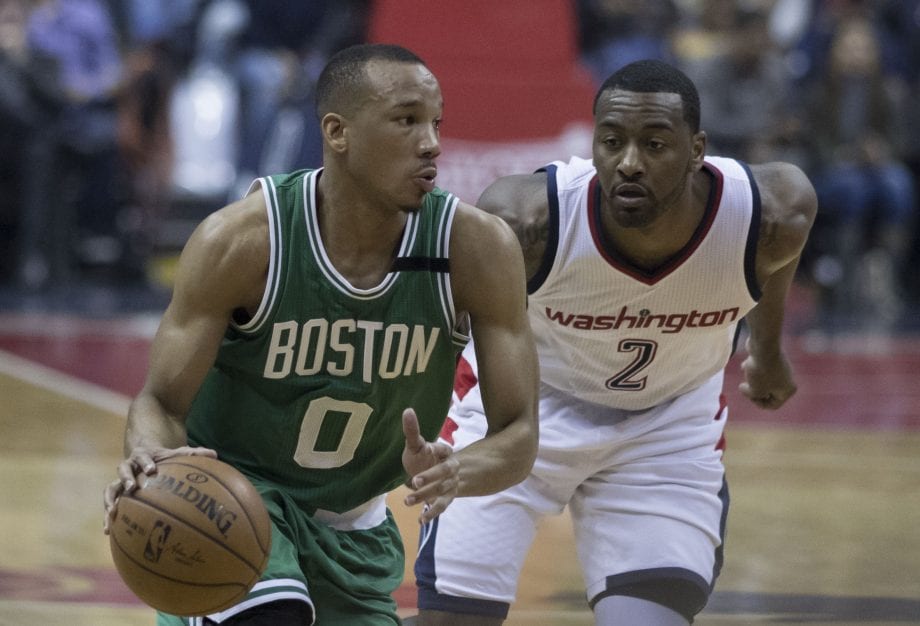 Avery Bradley is known for blowing a kiss and pointing to the sky after each made three-pointer, a tribute to his late mother.

“I’m enjoying every day I’m able to wake up,” Bradley told CSN New England. “I understand that it is a blessing. It definitely helps you look at life different, especially now that I have kids. I just appreciate every day.”

On Sunday Night, Bradley made the biggest shot of his 7-year NBA career.

With less than a second left, and the scored tied at 108, Avery Bradley received a pass on the left side of the court, calmly eyed the basket, and nailed a three-pointer to give Boston a shocking 111-108 victory on the road against the defending champion Cavs in Game 3.

After hitting the three, Avery held out his hand for a second and then blew a kiss to the sky. One more reminder of the love he has for the person that raised him — his mother.

The Celtics and Cavaliers face off in Game 4 of the Eastern Conference Finals Tuesday Night in Cleveland.