Cavs J.R. Smith Happy To Have His Daughter Home After Being Born 5 Months Premature

J.R. Smith was selected 18th overall in the 2004 NBA Draft by the Hornets. His professional basketball journey has taken him from New Orleans to Denver to New York and now currently, with the Cleveland Cavaliers, where he is in the midst of helping his team try to repeat as NBA Champions.

In early January of 2017, in the middle of a long and grueling NBA season, J.R and his wife Jewel, announced that they had a baby girl, Dakota, born 5 months premature and weighing just 1 pound.

Jewel Smith, along with her husband, decided to share their very difficult news with the world because they knew they were “not the only family going through this.”

“Please keep us in your prayers, and we’ll do the same for everybody else,” Jewel said.

After months of prayer, J.R. and Jewel finally had their prayers answered. They were able to bring baby Dakota home after four months spent in the Neonatal Intensive Care Unit.

We Walked In Together We Walked Out Together!! Thank you so much to our extended family at the #NICU You all are truly the WORLDS GREATEST! @jewey808 back to #TeamNoSleep ??? #KotasHome

J.R.’s Instagram post featured a beautiful, but simple message — “We Walked In Together We Walked Out Together!”

On Wednesday, the 2013 NBA “Sixth Man Of The Year” showed off his dad skills with a picture of his newborn daughter lying on his chest.

Smith continues to balance his family with his profession, as he is currently in Boston getting ready to take on the Celtics in Game 5 of the Eastern Conference Finals. With one more win, Cleveland will make a third straight trip to the NBA Finals and a third straight matchup with the Golden State Warriors. 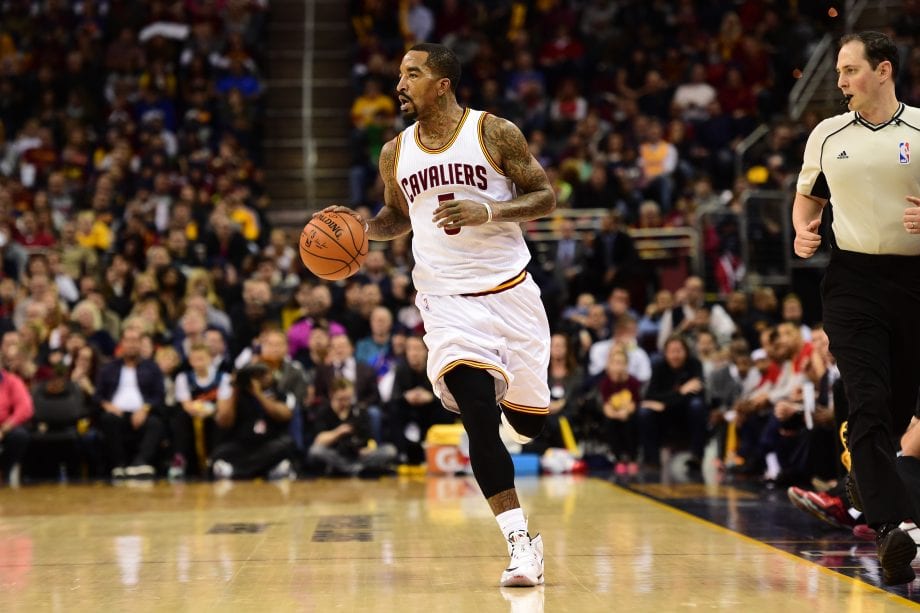 This year, unlike the previous two NBA Finals appearances, will be different for Smith. Instead of just his wife and 2 daughters, he now has a family of five that will be cheering him and his teammates on to another title.

INSIDE THE CHAPEL PODCAST: Houston Rockets chaplain Mike Rosas – ‘Do You Want to Be Well?’