College basketball is back.

The first games of the 2016-17 season begin this week and one team with high expectations is Michigan State.

The Spartans are ranked No. 2 overall in the AP Top 25 preseason rankings and are once again expected to compete for a national championship under head coach Tom Izzo.

One of the main reasons for Michigan State’s anticipated success is their stud sophomore forward, Miles Bridges.

Expected to be a Naismith finalist for player of the year, Bridges averaged 16.9 points and 8.3 rebounds last season, but declined to enter the NBA Draft in 2017.

Instead, Miles chose to return to the Spartans and spend another year under Coach Izzo. 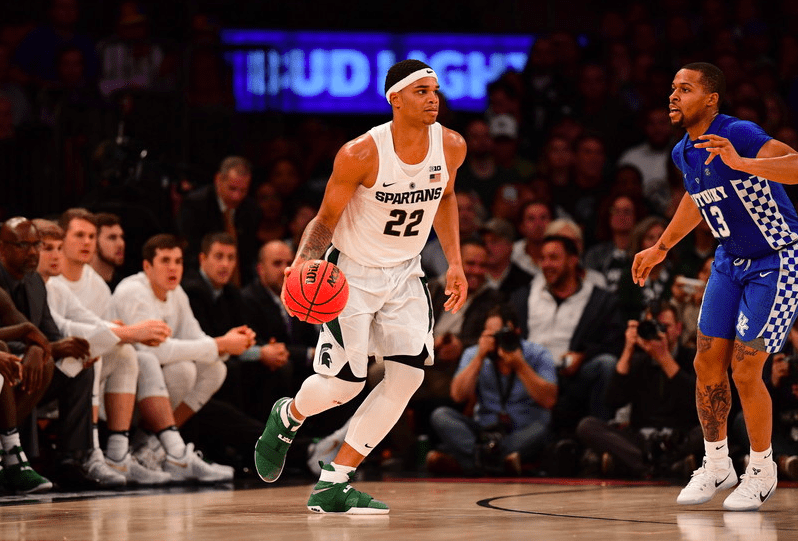 But it’s not just basketball that Bridges is passionate about.

In the latest edition of ESPN the Magazine, Bridges opens up about his faith in God, and his desire to be an ambassador for Jesus Christ.

“I feel like my purpose is to use basketball as a platform to help people get closer to God,” Bridges told Carvell Wallace of ESPN. “I feel like I could reach a lot of people once I get to the NBA.”

Bridges went on to share that his desire is not to seek religion but to preach relationship, both with others and more importantly with the Lord.

“I’m not religious,” Bridges told Wallace. “I just have a great relationship. It’s not about religion; it’s about the relationship. The relationship that you have with God. Everybody in the NBA knows about God. They just feel like if they express it then they wouldn’t get cool points from that.”

For more on Bridges’ story of faith, family and basketball, click here to read the entire story from the latest edition of ESPN the Magazine.