“Speaking for our entire team and staff, we love Andrew and will do everything we can to support his family and help him get back to health,” Texas coach Shaka Smart said. “I want to thank everyone for being respectful of the privacy that the Jones family needs at this time.”

Jones, a sophomore guard, was averaging 13.5 points for the Longhorns this season but he’d missed five of the team’s past seven games with an undisclosed illness, which has now been revealed to be a diagnosis of leukemia.

On Wednesday night, after dealing with the news of their teammate, Texas had to go play a basketball game against a very good TCU team that was ranked No. 16 in the country.

And play a game the Longhorns did.

Texas beat the 16th-ranked Horned Frogs 99-98 in double overtime to earn their biggest win of the season to cap off an emotional day. and honor their teammate.

“I’m proud of our guys the way they fought and battled,” Coach Shaka Smart said postgame to ESPNU. “TCU is a really really good team. Our guys really wanted to win for Andrew. He’s the one that’s been on our minds and on our hearts. I hope Drew’s listening right now and I hope he knows we love him.” 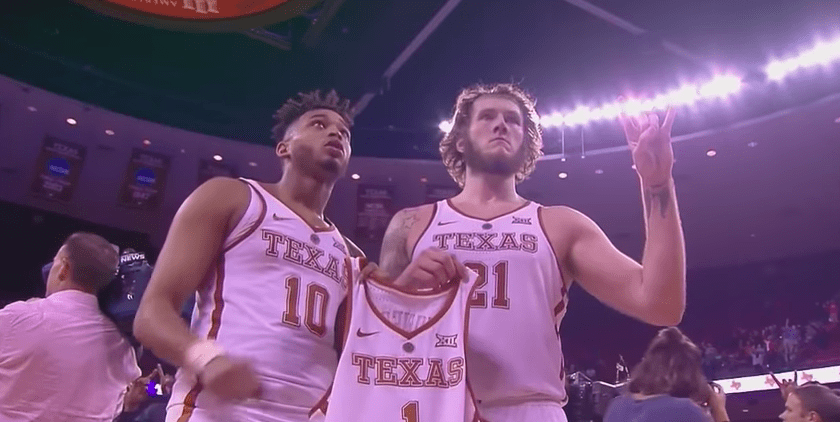 Jones was Texas’ leading scorer until a fractured wrist kept him out for several games back in December. When he returned, he complained of being tired and wasn’t able to play much. He missed a game last weekend at Baylor while undergoing tests.

“Andrew’s the best fighter on our team,” Coach Smart said to ESPNU. “He’s got a fight ahead of him and I know he’s going to fight and our guys really fed off of his spirit tonight.”

Texas said Wednesday that Jones has started treatment but released no more details on his condition or his diagnosis.

Please join us in praying for Andrew as he begins his battle.