Florida H.S. coach glorifies God as she nears 500 wins in both volleyball & basketball

To be sure, head coach Karrmayne King keeps track of all the wins: 571 in girl’s basketball, 499 in volleyball. But it’s not for herself. As she inches closer to yet another coaching milestone — 500 wins in both basketball and volleyball — Coach King’s mind drifts elsewhere.

“The only reason I keep track of the wins is because it reminds me of every girl that’s gone through the program,” King told Sports Spectrum. “It’s not about the wins that we gain but it’s about the champions that we develop. That’s the part that keeps you going.” 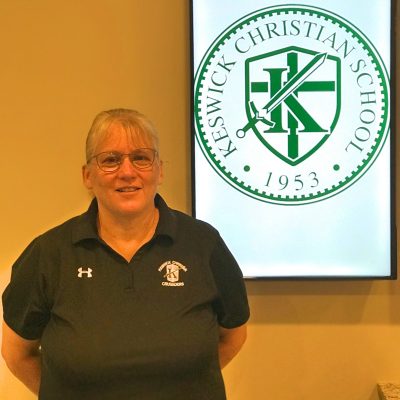 King has been at Keswick Christian School, a private Christian school in St. Petersburg, Fla., for 35 years now, the last 31 of those as the girl’s basketball and volleyball coach. She is now the Crusaders’ Athletic Director as well. She has left a lasting imprint on the Keswick community, and on the lives of countless girls who have looked to her for guidance on the court and in life.

She knows her opportunity to teach and to advise young women doesn’t end on graduation day but carries on for life. And as with any instruction from Coach King, Christ is firmly at the center.

“It’s helping [the players] to understand that Christ permeates every area of life whether we’re on the court, off the court, in church, out of church — it doesn’t matter,” King said. “The most important part is that relationship with Him. We are striving to do our best in everything we do knowing that the effort we put in, the attitude we put in, gives us the opportunity to worship Him through sport.”

Calls and visits from former players from decades ago are not uncommon for King, and neither are the accomplishments. She has led the Crusaders to five State Final Fours and one title game appearance in 2000 in girl’s basketball, while twice reaching the State Final Four in volleyball. In 1999, the Crusaders advanced to the championship game.

At the conclusion of the 2018 basketball season, in which her team reached the 3A Elite Eight, King was voted Coach of the Year by the Pinellas County coaches. It was in December 2015 when she eclipsed the 500-win plateau in only her 735th basketball game.

She was even named a Top-50 coach in Tampa Bay history by the Tampa Bay Times, a list that also included Tony Dungy, Joe Maddon and Steve Spurrier. Yet even as she’s compared with other coaching legends, King points to God rather than herself. 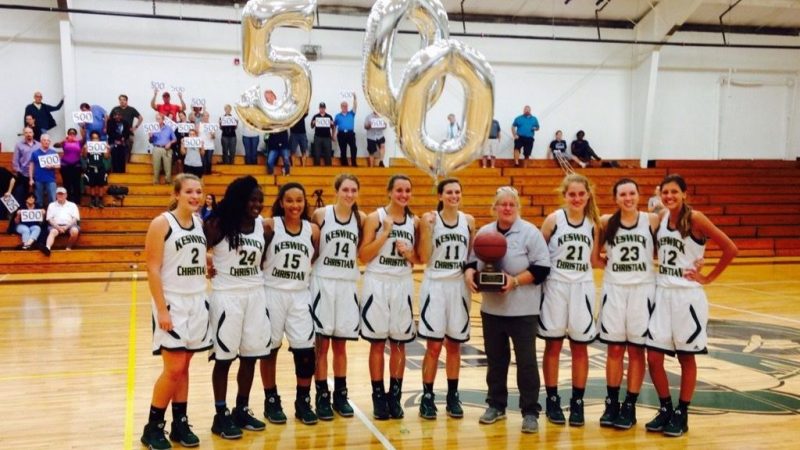 So as she approaches milestone win No. 500 in volleyball, a feat she’s long since surpassed on the basketball court, improving the lives of generations of girls is King’s best win yet.

“When you can help [the players] to understand that they can do more than they ever thought that they could and be able to do it with a humble yet competitive spirit,” she said, “to me if I can get a girl that walks out of here and they are humbly confident, that’s an awesome thing.”

The Keswick Crusaders play their next volleyball match Thursday evening — their first shot at landing win No. 500 for Coach King, who will not hesitate to give glory to the King above of all kings.