For many in the United States, 2020 has felt like a nightmare. The coronavirus has wreaked havoc on the economy and claimed thousands of lives. The death of George Floyd, a black man, while in police custody has opened the old wounds of racial injustice and displayed the worst of humanity for all to see.

The protests, the sorrow, the uncertainty of it all has led many on a quest for answers and meaning. NBA players are no different. They too have experienced a disruption to their way of life when the NBA regular season was suspended on March 11. When the league returns to action at the end of July, almost everything will be new and unfamiliar.

Reverend Robert Gray, the team chaplain for the Boston Celtics, is holding weekly Zoom calls with his players, and they haven’t shied away from sharing how they feel about the problems facing America.

Gray tells them God calls believers to action when there are injustices in the world.

“The whole goal is to take what God gave us and make it better,” Gray told The Boston Globe this week. “We have perverted that. We have taken the blessings that He’s given us and used them for our own personal gain. If we know that there are some people not doing what’s in the best interest of others, we have to be bold enough to stand up and say that. We’ve dropped the ball. We haven’t said the right thing. 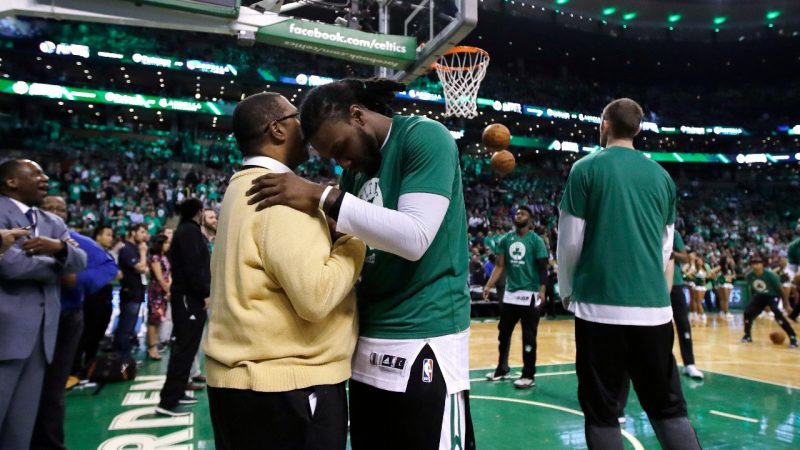 Later, he added, “I don’t have a problem with people using their voices and taking to the streets and marching to sound the alarm that there’s injustices going on. That’s what we’re supposed to do. Now the burning and looting? That’s your thing; you can’t find that in Scripture.”

The 68-year-old Gray was a chaplain for the New England Patriots and the Boston Red Sox for more than 20 years, and since 2000 he has been shepherding the faith of young men on the Boston Celtics. Even as players navigate the pain and sadness of the chaotic world in 2020, Gray will be there to point them to the solid hope and steadfast love of Christ.

“I encourage you to find one or two things that really move you that you can do to make change happen,” Gray said. “Everyone wants to move mountains but let’s just start moving the pebbles in front of you. God will give everybody a vision, just take the vision you have and you give that your all. You make that vision come true and if everybody does that, you’ll know society is beginning to change.”

A’ja Wilson leads Las Vegas Aces to WNBA title: ‘I’ve got to give it all to God’