Game day is like Christmas morning for a team. All the preparation is now about to be shown in front of friends and family. But what happens when the game becomes secondary to a tragedy affecting your community?

The shooting came to the front door of the Faith Lutheran community as two students and one alumni were shot. The two girls are school cheerleaders and twin sisters, Gianna and Natalia Baca. Coach Fox visited the Baca girls on Wednesday and plans to honor them at the game Friday night. 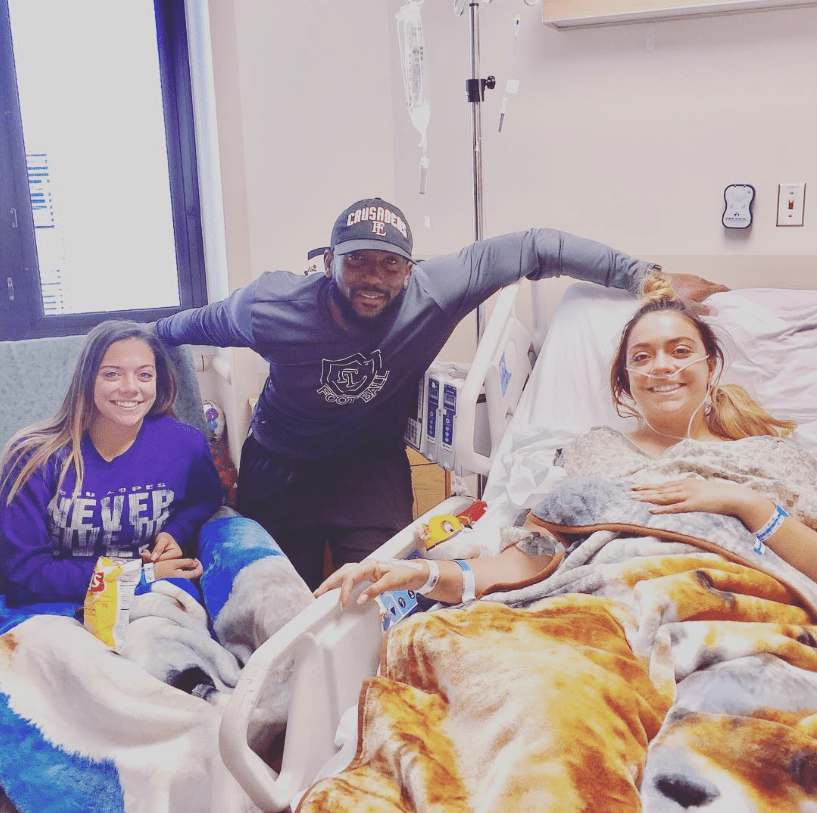 “We are honoring the two girls (cheerleaders) injured by wearing purple ‘eye-black’ in the game which is their favorite color,” Coach Fox told Sports Spectrum. “We had parents of players that were actually there when everything happened. Lost and injured friends and loved ones within our school community. It’s been a very tough time for us all. However we can do our part, we want to. We also feel like giving our all on the field and operating in excellence is a part of that.”

To honor the community, Faith Lutheran will wear the helmet decal ‘702STRONG,’ which is based off the citywide VegasStrong campaign. 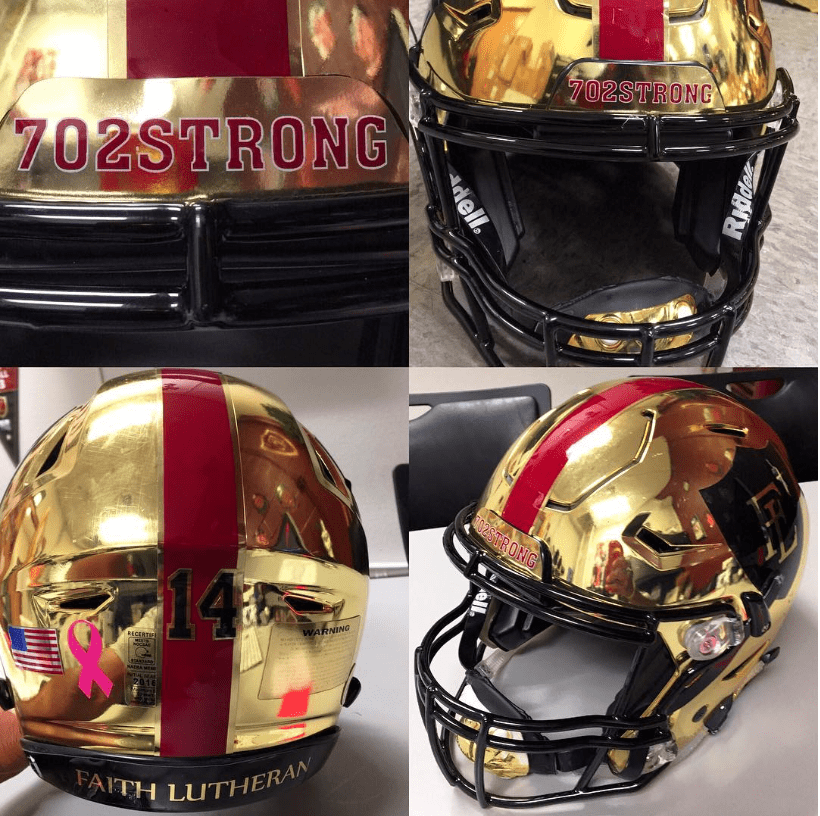 “The team leaders came to me with a desire to express our support, love and unification of efforts and love to our great city during this time,” Coach Fox said. “There are additional projects myself and others are engaging in further as well.”

This is not the first time Faith Lutheran was hit with a life-changing event. At the beginning of the season, the Crusaders had their second game of the season canceled. It was supposed to be in Houston, but Hurricane Harvey hit that same week.

Fox focused on the people of Houston rather than lamenting on the cancelled game.

“It’s hard to focus on the misfortune of missing a football game when people have lost so much,” he said at the time to the Las Vegas media when announcing the cancellation of the game. “Our prayers are out to that administration, staff, school and everyone that is affected by this.”

Now the misfortune has struck his own backyard and carrying the load as a community leader has weighed heavy on him. But, in spite of his frailties, Coach Fox and the Crusaders will sojourn on and take the field Friday night against the Cimarron-Memorial Spartans. The football game can be seen as an outlet for a community looking to grasp a sense on normalcy, but Coach Fox is quick to point his team, staff and Faith Lutheran community back to the true Source of healing.

“You don’t ignore what’s going on,” Coach Fox said. “You stress the importance of appreciation for God’s grace and enjoying and appreciating every moment we have. Using the tragedy as a motivation to push them to give their all through the pain and loss.”

ONECoach is now part of The Sports Spectrum Network. For more information, visit the OneCoach website.

Ahead of super regionals, UNC baseball coach Scott Forbes hopes others ‘see [Christ] in me’