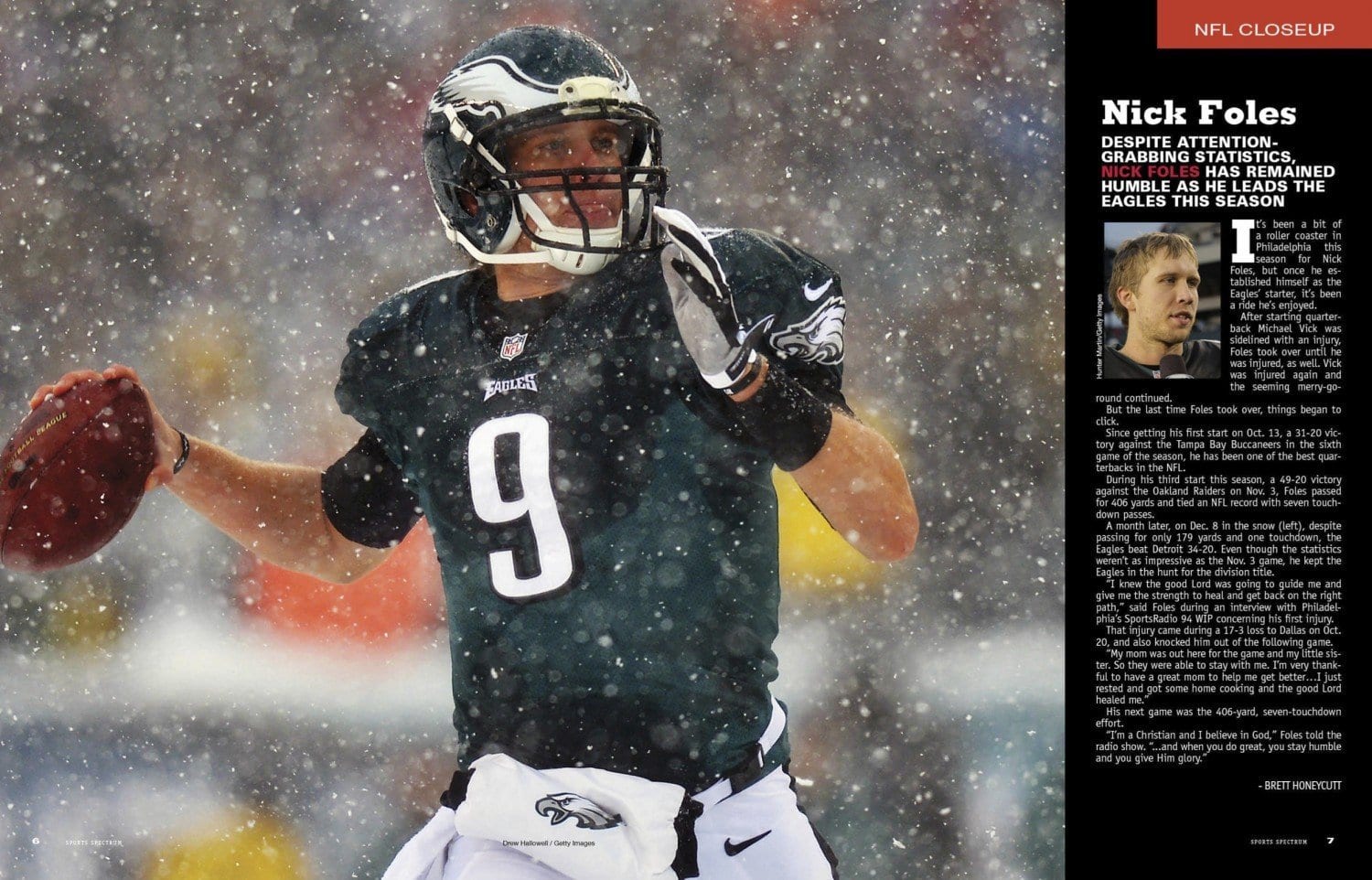 It’s been a bit of a roller coaster in Philadelphia this season for Nick Foles, but once he established himself as the Eagles’ starter, it’s been a ride he’s enjoyed.

After starting quarterback Michael Vick was sidelined with an injury, Foles took over until he was injured, as well. Vick was injured again and the seeming merry-go-round continued.

But the last time Foles took over, things began to click.

Since getting his first start on Oct. 13, a 31-20 victory against the Tampa Bay Buccaneers in the sixth game of the season, he has been one of the best quarterbacks in the NFL.

During his third start this season, a 49-20 victory against the Oakland Raiders on Nov. 3, Foles passed for 406 yards and tied an NFL record with seven touchdown passes.

A month later, on Dec. 8 in the snow (left), despite passing for only 179 yards and one touchdown, the Eagles beat Detroit 34-20. Even though the statistics weren’t as impressive as the Nov. 3 game, he kept the Eagles in the hunt for the division title.

“I knew the good Lord was going to guide me and give me the strength to heal and get back on the right path,” said Foles during an interview with Philadelphia’s SportsRadio 94 WIP concerning his first injury.

That injury came during a 17-3 loss to Dallas on Oct. 20, and also knocked him out of the following game.

“My mom was out here for the game and my little sister. So they were able to stay with me. I’m very thankful to have a great mom to help me get better…I just rested and got some home cooking and the good Lord healed me.”

His next game was the 406-yard, seven-touchdown effort.

“I’m a Christian and I believe in God,” Foles told the radio show. “…and when you do great, you stay humble and you give Him glory.”