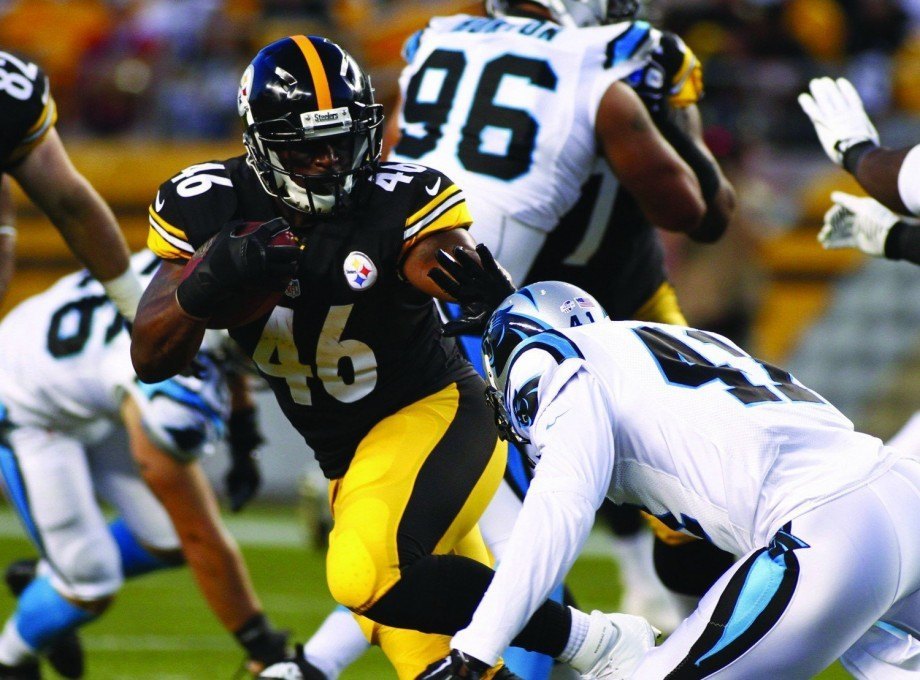 It was interesting that a game where Will Johnson had all zeroes across the stat sheet that an Associated Press story mentioned the third-year pro with the Pittsburgh Steelers.

Johnson, who played 27 snaps that game, wasn’t mentioned for registering 0 yards of offense, but rather for what he did for others.

The story said that Johnson “helped lead the way for (Le’Veon) Bell and (LeGarrette) Blount to both top 100 yards” (in a 37-19 victory against the Carolina Panthers) and that it was the first time in 28 years that Pittsburgh had two rushers game more than 100 years each in the same game.

Despite gaining 0 yards of offense, Johnson helped lead the way.

Though Johnson’s numbers through 10 games (5 catches for 30 yards, and 2 rushes for 0 yards) won’t catch the attention of Fantasy Football owners, his work doesn’t go unnoticed by his teammates.

“He might be overlooked by some, but not in this locker room,” Pittsburgh offensive lineman Ramon Foster told the Associated Press. “He’s a key contributor to our offense, and he can do a lot of different things.”

He credits his mom, Wilma Gilmore, for being an example of great work ethic, and his wife, Jessica, for supporting him while he was trying to get in the NFL. Johnson was given a second pro day a year after graduating. Something rare, but something he made the most opportunity of at West Virginia, where he played collegiately.

That, along with how he was raised, has affected his faith in Christ.

“My faith and my personal relationship with God has definitely gone to a different level,” reflects Johnson. “I have a lot on my plate, with all the temptations that come with my profession, keeping a steady relationship with the Lord is key.”