Ben Utecht: Why the Mind Matters 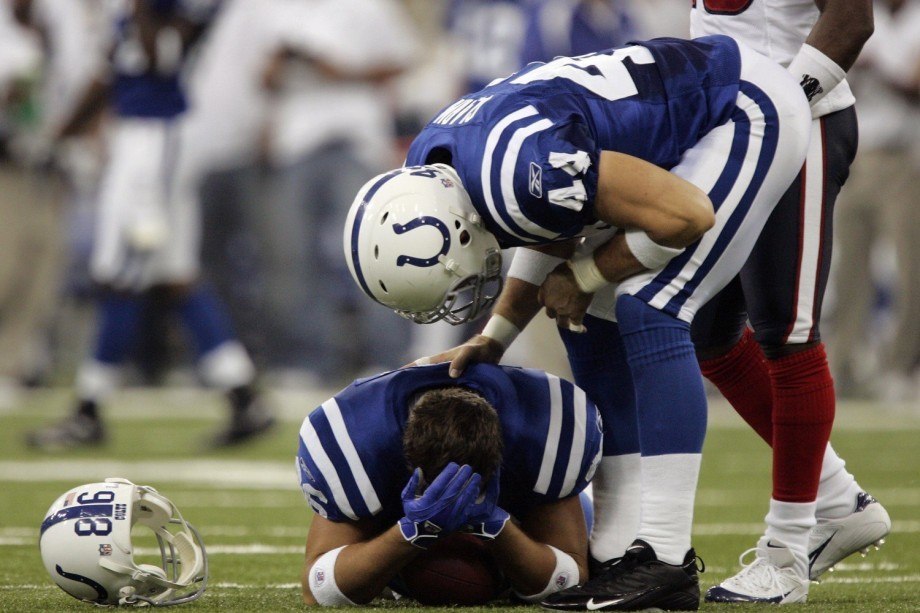 “Are you ever afraid, Ben?” the reporter asks.

He doesn’t answer right away.

How could he not be afraid? What would it be like to have symptoms of brain loss? Holes in your memory that you cannot resolve? A future that seems as foggy as your past? All in your early 30s.

Utecht, 33, suffered five concussions during his six-year NFL playing career and started to experience memory loss at the mere age of 30. His career-ending concussion in 2009 was so traumatic he spent eight months in rehab battling dizziness and amnesia.

The effects from his concussions have been long lasting and deeply personal. For example, he does not remember being a groomsman in his good friend’s wedding. Nor does he remember singing a solo during the ceremony.

In case there ever comes a day where he does not remember those who mean the most to him—namely his wife and his three little daughters—he wrote a song titled, “You Will Always Be My Girls,” that will be included on his recently completed album, Man Up. The song went viral, and the music video has accumulated more than 800,000 views on YouTube.

“Fears come in all shapes and sizes,” Utecht answers the reporter. “In many ways, fear reveals my lack of trust and presents a lot of challenges to me. Perfect love drives away fear. What’s interesting about 2 Timothy 1:7 (‘For God has not given us the spirit of fear; but of power, and of love, and of a sound mind’) is that fear is referred to as a spirit. Not the human emotion of fear, the spirit of fear. It’s always at work.”

Physical Health of the Brain

These sad realities—his faded memories and others that have turned entirely to black—have inspired Utecht to take action.

In July 2014, he testified before Congress, asking Senators in the room to help him do something about brain disease and continue to invest in brain research. “It took losing my mind to care about my mind,” he told them.

“In current medical practice, we don’t do enough about brain health,” says Andrew Newberg, director of research at the Myrna Brind Center for Integrative Medicine at Thomas Jefferson University Hospital in Philadelphia, Pa., and author of How God Changes Your Brain. “That, to me, is a little odd. If you tear a muscle, you usually get help. You will heat it. You will massage it. You will stretch it. You will do all these things…But if something happens with the brain, we don’t do anything.”

Newberg says he sometimes meets with patients in the concussion center at the hospital, usually to find out they are entirely unaware about the health of their own brains.

The world of football, Utecht says, mirrors this same ignorance. He wants to attack the problem where it starts—the very beginning of a child’s football career. He believes there is a concussion epidemic in football today mainly because people lack knowledge (ironically) about the health of their own brains. Utecht wants to educate parents of youth football players about concussions and stress to them the importance of finding a neurologist for their child at an early age—especially if they go on to play football in high school, college, or the NFL.

“I don’t live in bitterness about the fact that there could be a possibility in the future I could be affected by CTE,” Utecht says, “because that is a part of this football world. I care about how I’m going to choose to handle it if in fact it ever becomes a problem. It’s about how I’m going to choose to use it to reflect my beliefs and my faith.”

His mission in bringing awareness to neurologic diseases is one he never expected yet has accepted because of his desire to impact lives.

In April 2014, Utecht received the 2014 Public Leadership in Neurology Award from the American Academy of Neurology (AAN) and the American Brain Foundation (ABF). In June, the AAN and ABF named him their national spokesperson.

“It’s not always fun to talk about your career ending, and this and that,” Utecht says, “but, you know, there are a lot of people who don’t have a voice and who need help. One in six in this world are affected by brain disease…I think, if anything, I’m trying to get people to be more emotionally connected to the importance of their brains. It’s the one organ in our bodies that the Lord created and reflects who He is.” 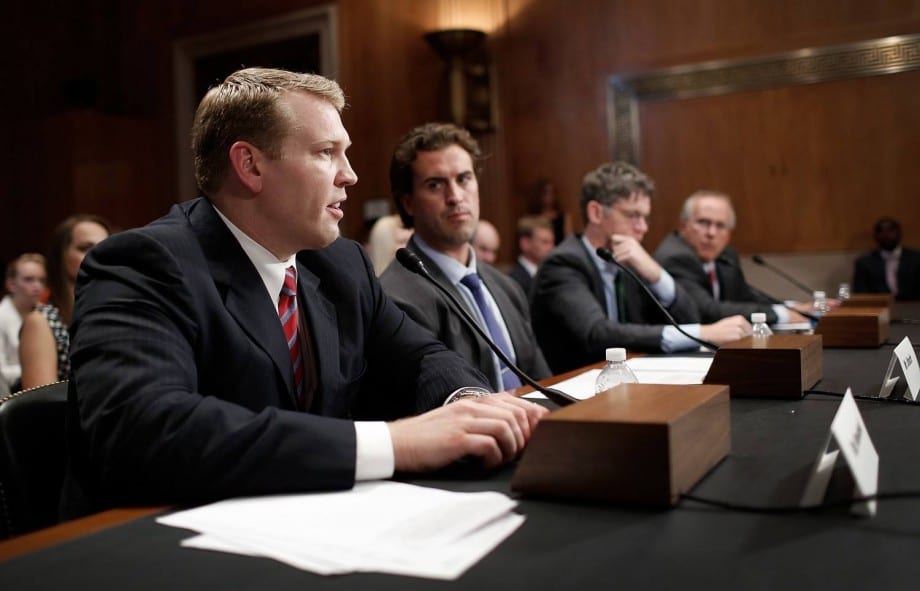 Spiritual Health of the Brain

Utecht’s attention toward matters of the brain has allowed him to step into an entirely new world, not only in a physical and scientific sense, but also in a spiritual sense. The spiritual health of one’s brain is important to him as well.

“The most intricately designed aspect of who we are is our brains,” Utecht says. “And it’s the avenue in which God ministers.”

Philosopher and theologian J.P. Moreland, author of Love Your God With All Your Mind, has also made this his rallying cry—calling the church to “dedicate herself to the vibrant life of the mind.”

Logically, it would make sense to be able to back up one’s beliefs with knowledge about those beliefs, as Moreland says. But how does this apply in day-to-day living?

Being transformed into this “likeness” also has a lot with our willingness to take part in God’s sanctification process. Newberg’s studies about neuropathways, for example, indicate that we become what we do—the pathways in our brain, or grooves, are carved deeper and deeper based upon our decisions and habits.

“In the context of sports, ‘focus’ is when you keep doing the same thing over and over so that when the game comes, it happens more naturally,” Newberg says. “The really great athletes have gotten in, what they call, ‘The Zone’ because they aren’t concentrating anymore—it’s flowing through them. Some people call them ‘flow states.’ I think those kind of experiences and those kind of feelings are actually similar to the spiritual experiences that people sometimes have.”

As Newberg says, our brains can also be rewired based on our repetitions within a specific behavior. A pessimist, for example, does not forever have to remain a pessimist.

“(The Apostle) Paul has said to present our bodies as a sacrifice to God,” continues Moreland. “We present the organs of our body to God as instruments of righteousness. But what does that mean?”

“By presenting a part of your body to God, that means you take that body part and you begin to engage in practices that train and re-groove that part of your body…They have done brain scans on people and told them to think positive thoughts and to express gratitude regularly; after an eight-week period of time, it is harder for that person to have anxiety and depression. So, by presenting our bodies as instruments of righteousness we are to engage in habits and practices of thoughts and feeling, which will re-groove the brain.”

A recent Gallup Poll, for example, revealed that nine to 12 million Americans have had near-death experiences within the last three years. Moreland mentions that a person who has entered in to a near-death experience—though he does not have his brain, eyes, or any of his organs—often enters into a totally conscious life outside of his body. For example, though a person’s entire body is unconscious, he or she might still see doctors operating on that body.

Newberg also mentions that he has performed brain scans on nuns and other deeply religious people who have adapted a lifestyle of meditation. “Those people literally have thicker brains that seem to work better,” he says.

He’s not comfortable saying this alone proves the existence of an existential being but he does find it peculiar. If these brains are healthier, then perhaps, in our most natural state, we are spiritual beings.

“There is a book that just came out (What Your Body Knows About God) from InterVarsity Press, and the discoveries they are making show that the brain functions best when you obey New Testament principles,” Moreland continues. “Your brain works best when you are thankful, when you forgive—those things are healthy for the brain. The author makes the point that the brain appears to be structured so that when there is a connection with God and depends on Him, the brain works better.”

Moreland would agree that if the Bible is true in saying that we are made in God’s image, then it would make sense that our brains, the most intricate organ in our body, would thrive when it reflects God’s original intent.

“What made Jesus so impactful could arguably be his brain,” Utecht says. “What would be interesting is if you could do an MRI or a TET scan on the brains of the disciples and Jesus and just watch in awe.”

“This is fully speculative,” Newberg laughs, “but (if that were to happen) I would expect a pattern I had never seen before.” 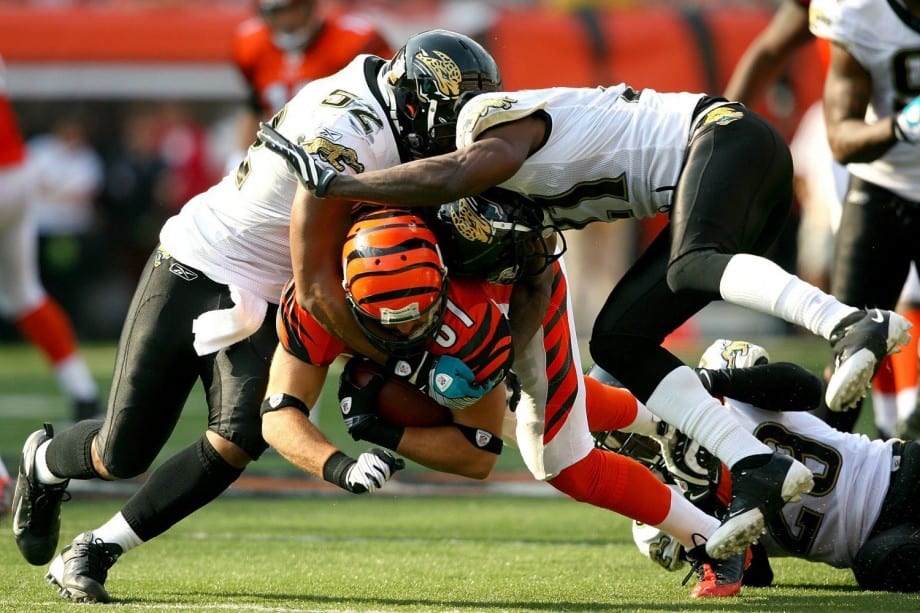 When Utecht shares his testimony, he often poses the question: “What is the first thing that comes to your mind when you hear the word ‘surrender’?”

“I don’t doubt that on my deathbed, I will still experience new lessons in what it means to surrender,” Utecht says. “That, to me, is why I agree with one of my mentors who said, ‘We don’t serve a God of the event; we serve a God of the process.’ It doesn’t mean He can’t do it in the event, because He can and He does sometimes, but He lives in the process. When we live in the process and when we step back and recognize that none of our life is about the things we accomplish, we realize that it is about answering these questions: Have we heard the calling of Jesus? Have we said ‘yes’ to Him? And have we surrendered to whatever it is he has asked us to do?”

They are questions at the very crux of our existence.

And the answers to these questions must be processed in our minds.