The Life of a Prince 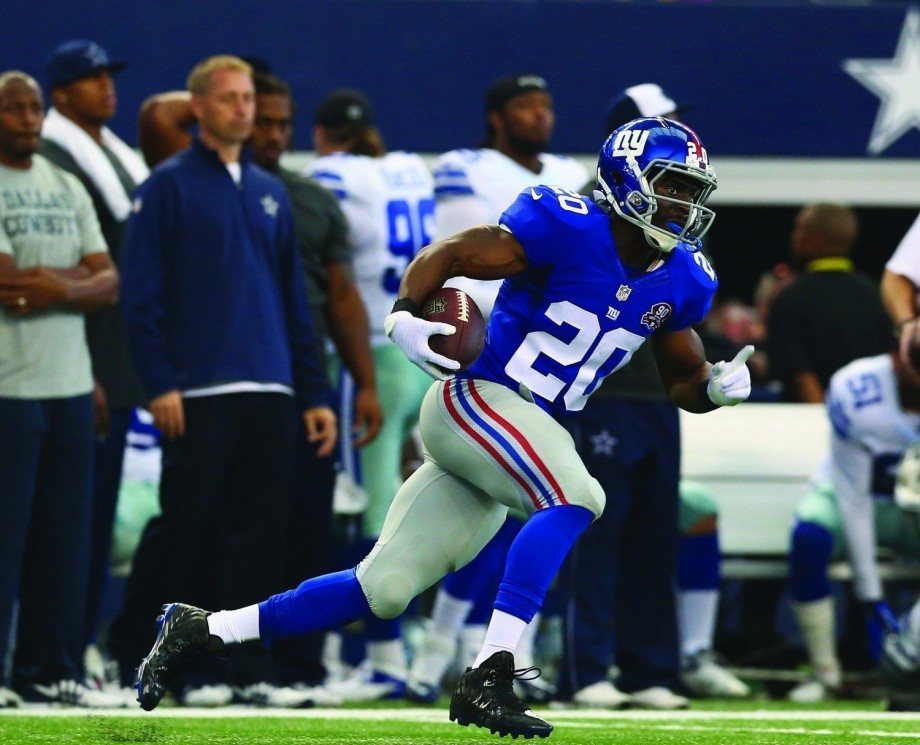 Fourth-year star cornerback Prince Amukamara is a prince for several reasons. First, “Prince” really is his name—it’s not an overconfident moniker he adopted. Second, Amukamara really is a prince—his great-grandfather was the king of a village in Nigeria and had 56 wives. Prince’s father, as the first son, is next in line to become chief, and Prince could later become a chief. Amukamara might be a “royal” annoyance to the opposing team’s offense, but he also comes from a royal bloodline.

The last reason Amukamara is a prince is a bit more abstract. It has nothing to do with his name or bloodline but rather what has been done for him and where his identity is found. As 1 Peter 2:9 says, “But you are a chosen people, a royal priesthood, a holy nation, God’s special possession, that you may declare the praise of Him who called you out of darkness into His wonderful light.”

‘Declare the Praise of Him’ 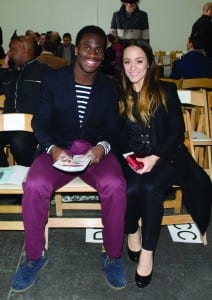 To “declare the praise of Him” is easy after scoring a touchdown or making an interception. We see it all the time. Players kneel. They point to the heavens. They thank God in a post-game interview after a big victory. Not that these things are bad, but it’s fair to say that declaring the praise of Him is much more difficult in private, when no one is looking, when the cameras aren’t rolling. It’s especially difficult when it comes to sexuality.

Perhaps Prince Amukamara, 25, however, can be a glimpse of hope and encouragement to every person—man or woman, married or single, virgin or sex-addict—that it’s possible to contain the sexual fire within.

The Giants’ 2011 first-round draft pick has been dubbed “The Black Tim Tebow” by his teammates and was famously a virgin before marrying his wife, Pilar Davis, last year.

“My wife is the best I’ve ever had, and I don’t have to compare her to other females,” Amukamara says. “She’s getting all of me.”

Amukamara met Pilar at a New York City nightclub in 2012. Though he never drank alcohol, he enjoyed dancing. Two of his teammates, Corey Webster and Aaron Ross, encouraged Amukamara to talk to her.

They talked, exchanged emails, began emailing each other, and started talking on the phone for two or three hours every night. When Amukamara eventually told her he played for the Giants, Pilar, being clueless about sports, thought he played for the San Francisco baseball team.

“That’s when I thought she might be a keeper,” he told Muscle & Fitness.

Over the next six months, they talked about everything—including the depths of spirituality.

“Prince shared the gospel with me,” Pilar says. “He asked me, ‘When you die, where do you think you’ll go?’ Prince loves to debate and talk about Jesus. ‘Well,’ I said, ‘Of course I’m going to heaven.’ He was like, ‘Why?’ I said, ‘I’m a good person, and good people go to heaven.’”

One week before her birthday, Pilar experienced a spiritual rebirth when she made a public declaration of her faith while at church with Prince in New York. Prince would sometimes joke about their relationship, calling it “missionary dating” or “flirting to convert.” Whatever it was, it was a win-win for both of them. One month later, the couple started dating officially.

“I told my friends I was dating a virgin. They said, ‘He’s lying,’” she laughs. “It really is unbelievable. When you throw the NFL thing on top of that, it’s unheard of. It shows how disciplined he is but also how possible it is.”

According to RELEVANT Magazine, the National Campaign to Prevent Teen Pregnancy estimates that 80 percent of unmarried evangelicals between 18 and 29 years old have had sex and 64 percent have had sex within the last year. It’s not illogical to think that stat would only be magnified in male professional sports. Why? Wilt Chamberlain said he slept with over 20,000 women. Veteran journalist Elizabeth Kaye, in an article with the New York Times, uses these six words to describe the NBA lifestyle: “Play ball, get laid, sleep in.” In a 2009 Times interview with former NFL nose tackle Kris Jenkins, he discussed the reasons why 60 to 80 percent of NFL players end up divorced: “rampant infidelity, women who target athletes, trophy wives, lifestyles not conducive to marriage and players being surrounded by entourages, which discourage intimacy.”

If self-control or purity is difficult for married athletes, one can only imagine how difficult it would be for single athletes.

“There was a guy named Keith Battle preaching while we were playing the Washington Redskins—he was just talking about the dangers of shortcuts,” Amukamara recalls. “When there are shortcuts there is compromise. Compromise isn’t good. Being impatient can influence our decision-making.”

“The pastor compared it to Abraham and Sarah. God promised Abraham, ‘Hey, you’re gonna have a kid.’ [But it didn’t happen for a while.] So his wife said, ‘How about you sleep with my maid?’ Most guys would be like, ‘Yeah, why not? You want me to sleep with your maid?’ [So Abraham slept with the maid.] The maid, however, felt entitled and prideful, and started disrespecting Sarah. Sarah complained to Abraham. He said, ‘It’s your maid, do whatever you want.’ The maid took the baby and ran off. Keith was saying that just because it’s legal doesn’t mean it’s right. It was legal to do that but wasn’t right according to God’s Word.”

In our sex-saturated society, however, the question often becomes: How do you do what is right?

‘Out of Darkness into His Wonderful Light’ 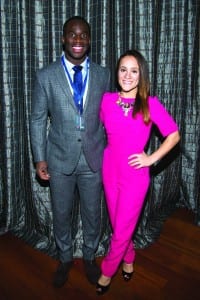 “When I was younger, I thought, ‘Here are these Ten Commandments, I will do the best job to keep these so I can get to heaven. On top of that, I won’t drink, smoke, or have sex,’” Amukamara says. “I was trying to become a ‘good person.’ When I first heard the gospel in FCA, however, I learned that the only way to get to heaven is to know Jesus and to have a relationship with Jesus and let him influence how I make decisions and follow him—my mindset switched. I realized, ‘Wow, I don’t have to do this to get to heaven, but because I get to heaven, because Christ died for me, I will be obedient to him…I remember hearing a pastor once say, ‘For those who haven’t had sex, that will be the greatest gift you can give your wife.’ Out of obedience, I blessed my wife with that decision.”

The Christian life seems to consist of paradoxes. Saying “no” to one pleasure is saying “yes” to a Greater pleasure. Dying is actually living. Crucifying the flesh might seem painful but the effects of sin are more painful.

“I think it would be so great if someone heard about Prince’s story and thought, ‘If he can do that, I can do that,’” Pilar says. “Sex, in general, when not used correctly brings so much corruption and destruction. I’ve seen it destruct so many people and families. I love that he is making a stance.”

Amukamara and Pilar made the decision while they were dating to abstain from sex and make sexual purity a priority in their relationship.

Then, in July 2013, Amukamara arranged an elaborate proposal during a performance by Jabbawockeez, a hip-hop dance crew, in Las Vegas. Pilar was brought on stage, and Amukamara danced alongside the dance crew—wearing an identical mask and outfit—before getting down on one knee, removing his mask, and proposing. In one year, both of their lives have drastically changed.

“I never thought I would deserve such a godly man,” Pilar reflects. “I haven’t always been so disciplined. Meeting him was just a great reminder to not disqualify yourself or not ever think you’re not good enough, smart enough, whatever it may be—but rather know that God has so many amazing things in store for you. I received a blessing when I did not deserve that blessing.”

The couple had a private wedding during the Giants’ bye week last year on October 29 and a public wedding after the Super Bowl in March. They didn’t consummate the marriage until they were officially married, which, to most of society, seems unfathomable.

“I remember when I met Prince,” Pilar reflects. “Star football player. So charming. So likeable. So funny. All these things. I really just thought it was amazing that he was able to remain a virgin and definitely the best gift, besides Jesus, that anyone has given me.”

The answer to the “how,” perhaps, lies in 1 Peter 2:9. An identity rooted in God’s love (as a “chosen people, a royal priesthood, a holy nation, and God’s special possession”) demands one response: “that you may declare the praise of him who called you out of darkness into his wonderful light.” When the Creator of the universe, the source of all joy and pleasure, views you as His beloved sons and daughters, a royal priesthood, who has brought you into His wonderful light, the only logical response is to experience His joy and pleasure more through obedience.

“I heard a pastor use two words: for and from,” Amukamara concludes. “We don’t do things for acceptance, we do things from acceptance.

This story was published in Sports Spectrum’s Fall 2014 DigiMag #2 (Vol. 28, No. 4 in print). Log in HERE to view the issue or subscribe HERE to receive 12 issues of Sports Spectrum a year.