In The News Closeup: Caleb Castille's unorthodox journey to acting 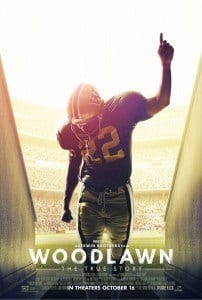 Caleb Castille was playing football, following in the footsteps of his father and older brothers.

His father, Jeremiah, played football at the University of Alabama and went on to play five years in the NFL (Jeremiah was actually on the last team that was coached by Paul “Bear” Bryant and would later be a pallbearer in Bryant’s funeral). His two older brothers, Tim and Simeon, also played at Alabama and went on to play in the NFL. Needless to say, football ability ran in their family.

Castille, a natural risk-taker, declined football scholarships at other schools and walked on at Alabama, continuing the family tradition. In his first two years with the Crimson Tide, 2011 and 2012, he was a part of head coach Nick Saban’s back-to-back national championship teams. Not a bad beginning to his college career.

However, as glamorous as things might have seemed from the outside, Castille didn’t feel like he was in the right place.

“I thought I had it all figured out on where my life would go and what direction it would go,” Castille told Sports Spectrum at a screening of the upcoming movie Woodlawn in Spartanburg, SC, an interview which was arranged by All Pro Dad, who is a national partner with the movie. “Based off the fact that, like I said, my dad played football professionally, and in college, and both of my brothers, the same deal, so I thought I was doing something I was supposed to do…But I wasn’t happy. I wasn’t fulfilled.”

What did his emptiness mean? Why did he feel this way? What should he do about it?

“I guess as my relationship with the Lord progressed, I was able to see that, yeah, I was honoring Him by doing those things, but He had something bigger for me,” Castille says. “I always had interest in acting but I just began to see the power that it had. Ben Affleck says in Argo that film is our children’s greatest teacher…It’s something I had a natural knack for so I went about trying to figure out more about the business. I just felt the Lord tugging me away from football.”

So, in the spring of 2013, Castille walked away from football to pursue acting. His parents said they were fine with his decision as long as he stayed in school.

What transpired next for Castille was a whirlwind.

After reaching out to top modeling and talent agencies in New York, Nashville and Atlanta, Castille was soon signed by The Block Agency in Nashville. Soon after he was cast last minute in his first acting role by Jon and Andrew Erwin to star as Tony Nathan in the movie Woodlawn, a true high school football drama about racism and spiritual revival in a Birmingham community in the 1970s. The movie will be in theaters on October 14 and also stars Jon Voight as Bear Bryant and Sean Astin as the team chaplain.

“The process in the journey is what makes this all worthwhile, just to look back and see how God prepared me for the role in the things I went through,” Castille says. “I think about it every day. How did I get this far, this fast? It definitely keeps me in a place of gratitude and thankfulness to the Lord, just knowing that it was nothing of my own doing, just strictly obeying His call and taking the time to figure out why God put me here. To me, this whole thing has strengthened my faith and my walk. This movie means more than it might mean to a regular movie goer because it represents my life in a way—overcoming that fear and stepping out and allowing God to use you to make an impact on other people’s lives.”

This story was published in Sports Spectrum’s Fall 2015 DigiMag. Log in HERE to view the issue. Subscribe HERE to receive eight issues of Sports Spectrum a year.