Unpackin' It: A conversation with Jarrett Payton, son of late Hall of Famer Walter Payton 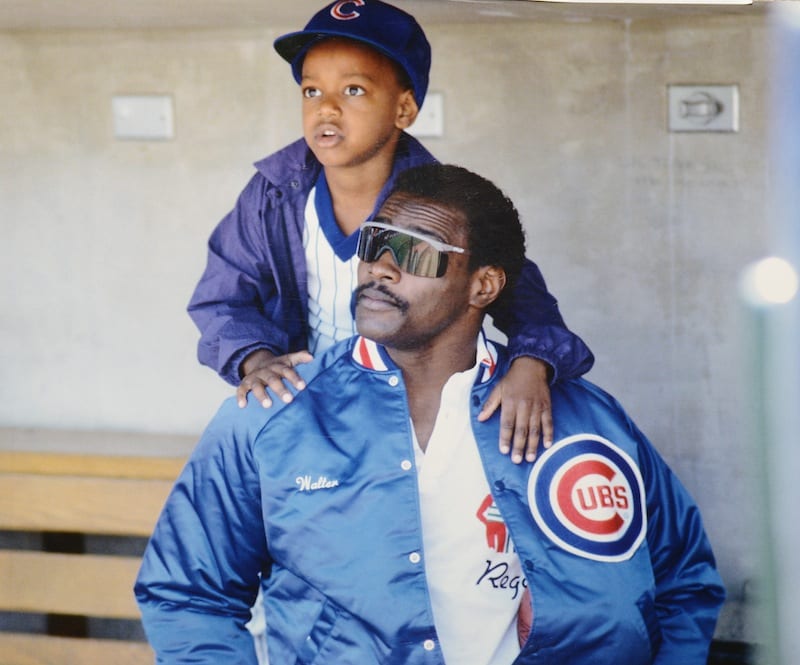 Jarrett Payton is the son of the late Hall of Famer, Walter Payton (both are featured above). Jarrett is also a radio host, businessman, philanthropist, motivational speaker, a former NFL and CFL running back, and a devoted husband and father. He and his wife, Trisha, are the co-founders of the Jarrett Payton Foundation. He can also be seen as the co-host of Sports Feed on CLTV Chicago. Learn more at jarrettpayton.com. Listen to the entire interview HERE.

BRYCE JOHNSON: Jarrett, you sound like a busy guy…how are you?
JARRETT PAYTON: Hey Bryce! Thank you for having me. When you list all of those things it makes me feel like I don’t have time to sleep. It’s kind of tough, but I’m very blessed to be able to have had a great journey…and I’m still on this journey. I have a pretty cool life and I look forward to waking up every single day.

BRYCE JOHNSON: You have always been around the game of football, with your dad playing, but have you always loved football?
JARRETT PAYTON: No, football wasn’t even on my mind back in the day. I played soccer from when I was three years old, all the way up to my sophomore year of high school. For me, football took over after my sophomore year. I was burnt out on soccer from playing so much, and wanted to try something else. Once I put the pads and helmet on, I was pretty much hooked. It became my passion, so I wanted to keep working hard to get better and better. I ended up with close to 40-some full-ride scholarships after my senior year. Everything worked out and I ended up going to the University of Miami.

BRYCE JOHNSON: Even during the time you were playing soccer, you weren’t feeling the pressure to play football?
JARRETT PAYTON: I didn’t really feel the pressure. My dad was really, really good about telling me, ‘Don’t be like me, be better than me.’ He just wanted me to be happy. He wanted me not to just be an athlete, but to be a great person…to be able to leave my own legacy…and that’s what I did.

BRYCE JOHNSON: You’ve been able to embrace your identity as Walter’s son, but also establish your own identity and be your own man with your own success. How have you been able to do that?
JARRETT PAYTON: It’s been difficult, but I understand that I am a work in progress. Every day I try to grow and learn something new to expand my mental capacity. I push myself the same way I did playing football. Because my dad’s not here, the big thing for me is to let people know that he was not only (to me) the greatest football player to have ever played, but he was also the greatest person I ever had the chance to know. He taught me so much in the 19 years of my life that I had with him. Not just being an athlete and having a work ethic, but also giving back in service. He wanted to get me ready for the spotlight and be prepared to have this last name. I thank him for that!

BRYCE JOHNSON: You use your platform and social media to inspire people and you reveal that your faith is very important. What are some of the key moments in your life that have had a big impact on your faith in Jesus?
JARRETT PAYTON: It stems from the time my dad was going through dealing with cancer and fighting it…and being around and watching his faith grow. It was cool to watch my dad get re-acclimated to his faith and to see God speaking to him. I don’t know if he understood how much he impacted people’s lives, and so to see him get back into his faith before he passed really changed my life. To have God in my life and to have my faith is what keeps me going—kinda like fuel for a car. It’s what keeps me going and without it I don’t know where I would be.

BRYCE JOHNSON: Has God recently been teaching you something that has been on your heart?
JARRETT PAYTON: Most recently, I have been trying to figure out the balance of career and family. There’s been some things that have weighed on my heart. I’ve asked God to speak to me and tell me what He wants me to do. I have an understanding that it’s not being motivated by what’s going to be a big contract or what’s going to get me paid the most. Family is the most important thing in my life. Without my family I’m really nothing, so I’m making decisions to be a better husband and father, and to be around more. I want to show the 70,000 people who follow me on Facebook and the 40,000 that follow me on Twitter that being a husband and father is the cool thing to do. That’s what it’s all about!

This column was published in Sports Spectrum’s Fall 2015 print magazine. Log in HERE to view the issue. Subscribe HERE to receive eight issues a year.