In a surprise move on Wednesday, Bob Stoops, college football’s longest tenured coach, stepped down from his position as head coach of the University of Oklahoma. He was hired to become the Sooners’ head coach in December 1998. In his 18 years at the helm, he guided OU to the College Football National Championship in 2000, 10 Big 12 titles, 14 seasons with double-digit wins and finished his final season in 2016 with an 11-2 mark.

“Stepping down after 18 years as the head football coach here at Oklahoma,” Stoops said at a Wednesday afternoon news conference. “I feel like I’ve been absolutely the luckiest, most fortunate guy in the world and incredibly blessed to have experienced what we have over the last 18½ years.” 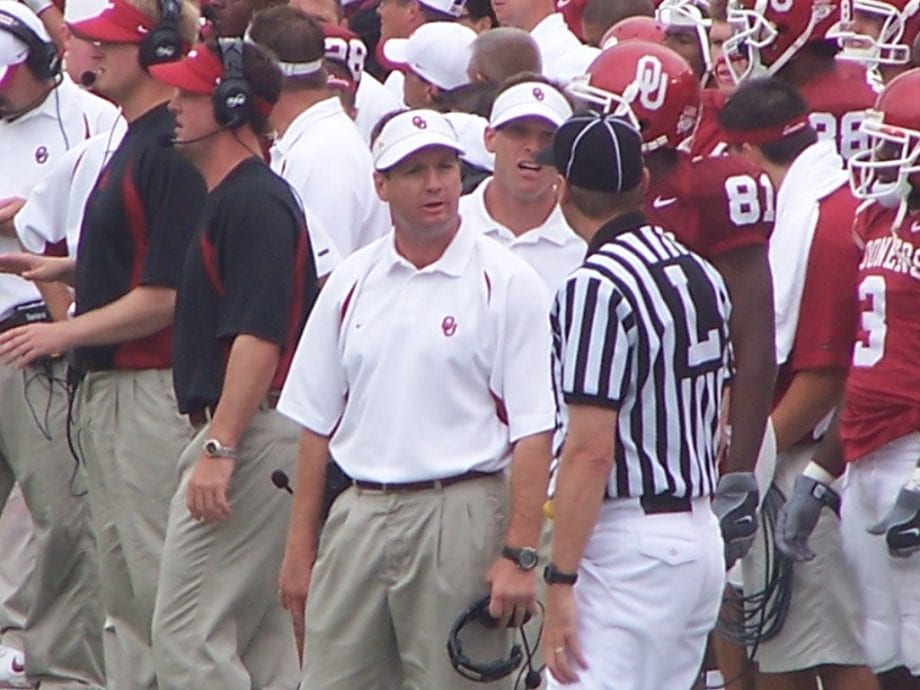 Stoops’ official announcement also included a reference to the Bible.

“The Bible says, ‘To everything there is a season, and a time to every purpose under the heaven,'” Stoops said in his statement. “I’m grateful for this season of my life, and feel I’ve fulfilled my purpose here at OU as its head football coach.”

The scripture Stoops is referring to is found in Ecclesiastes 3:1 which reads:

“To every thing there is a season, and a time to every purpose under the heaven” – Ecclesiastes 3:1 (KJV)

Stoops’ former players took to twitter to thank their coach for all that he has done for them and the program.

@OU_CoachStoops Thank you for everything Coach. You turned a little boy's dreams into a reality. I will be forever grateful. #ThanksBob

If you are wondering how @OU_CoachStoops' current and former players feel about him…just look at my face in this picture. Will be missed. pic.twitter.com/cJTUFxQM2w

Thank you for the opportunity. Words will never be enough to show how grateful I am that you changed my life. Legendary. @OU_CoachStoops

You took a chance on a skinny broke kid from a small city and let me flourish on the biggest stage. I'm forever grateful @OU_CoachStoops

Lincoln Riley, at just 33 years-old, will take over for Coach Stoops at Oklahoma. He is now the youngest head coach at the FBS level after two seasons as OU’s offensive coordinator. Stoops will remain as special assistant to the athletic director.