Steve Smith Sr is one of the toughest receivers to ever play in the NFL. He retired following the 2016 season after playing 16 seasons of professional football. The 5-time Pro Bowler finished his stellar career with 1,031 receptions and 81 touchdowns. His 14,731 receiving yards is seventh on the NFL’s all-time list.

On the field, his career was hall of fame worthy, but off the field, Steve says that one of the biggest moments of his life happened in 2003 when he began his walk with the Lord.

“I accepted Christ in the boiler room of the Tampa Bay Buccaneers Stadium in 2003 when I was with the Carolina Panthers,” Smith recently told Faith on the Field’s Rob Maadi. “The team chaplain, Mike Bunkley, led me there. He always loved on me. He never threw the Christ in my face, he just loved on me.” 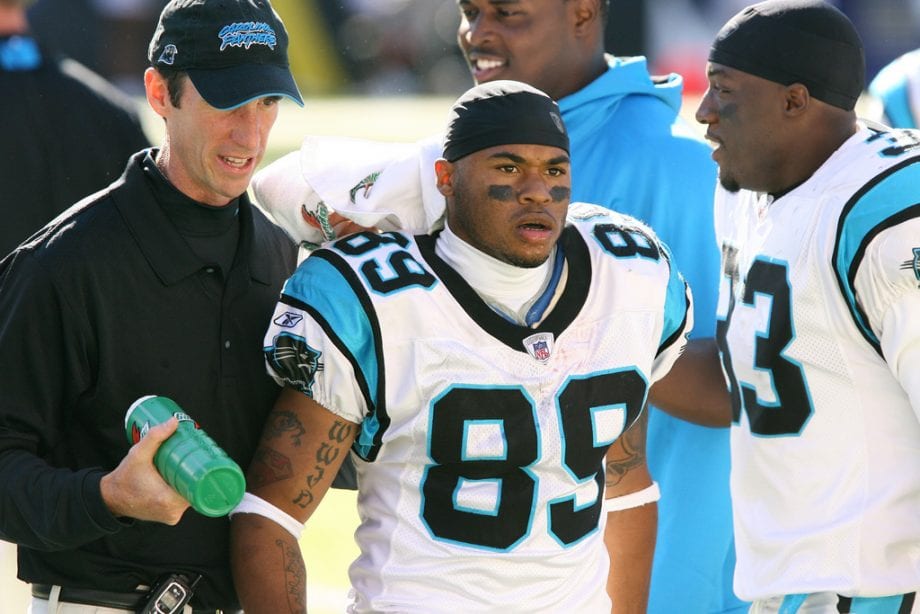 Smith understood the magnitude of the decision he had made, but said he still wasn’t fully grasping what it meant to be a believer in Jesus.

“I didn’t understand the responsibility, or understand the full lifelong commitment, the true covenant between a believer, myself and—with Christ,” Smith told the 700 Club a few years ago. “And so I was kind of lukewarm, was straddling the fence. I kind of looked for when I needed it, but when I didn’t need it, just kind of shoved it to the side.”

A few years later, in 2010, Smith told the 700 Club that he had an encounter with God that opened his eyes to the man he had become. “God just really broke me and asked me that question that I think everyone has in different ways. Which was, ‘You’ve played this game long enough for yourself; when are you going to start playing for Me?’ That was a question that hit home.”

It was at that moment during the 2010 season, that Steve Smith Sr made the decision to stop living halfway with God and be all in with the Lord.

“Statistically, that was pretty much the worst year I’ve had in my professional career outside of breaking my ankle after going to the Super Bowl. But spiritually and mentally and physically, it was probably the best year I’ve had.”

Known as one of the NFL’s biggest trash talkers, Smith says that his verbal sparring on the field isn’t the person he is off the field.

“How I am on the football field, that’s my role, a football player,” Smith told Faith on the Field last week. “How I am off the field, I keep to myself. I enjoy a lot of quiet time. I’m not looking for a lot of adoration. I enjoy doing things in private with my family and friends that don’t really have a lot of publicity.”

In 2017, Steve Smith Sr will not play football for the first time in a very long time. He’s retired and will most certainly get to spend more time with his family. He’ll also be able to take that trash talking to the broadcast booth as an analyst with the NFL Network.