This week, Russell Wilson will begin his sixth season as the quarterback of the Seattle Seahawks.

Selected in the third round of the 2012 Draft, Wilson has taken his team to five straight playoff appearances, five straight 10-win seasons, two Super Bowl appearances and the franchise’s first championship in 2013.

But Russell Wilson wants more. At 28, he believes his career is just getting started. In fact, he tells ESPN that he wants to play 25 NFL seasons.

“I want to play 25 years and be in every game,” Wilson told ESPN. “So, to me, how do you get there? That’s the simple question I ask myself.” 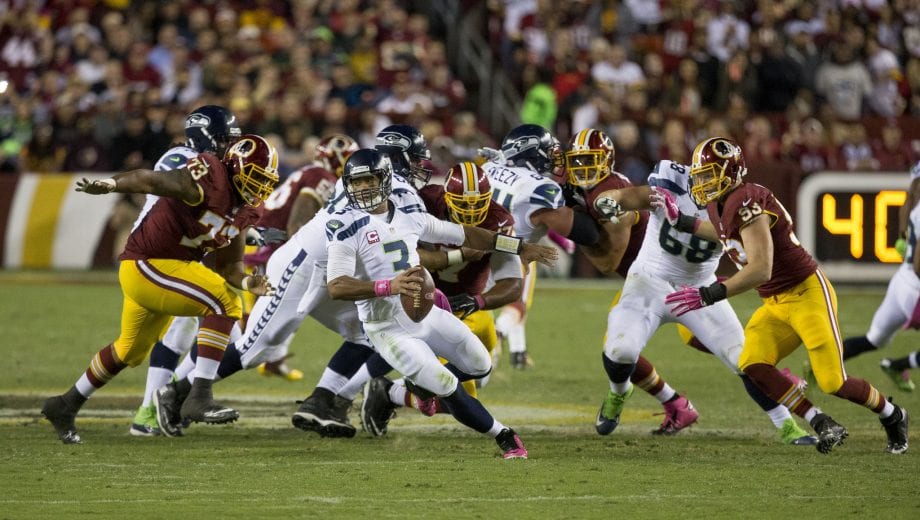 George Blanda holds the record for most seasons played in professional sports. He played 26 seasons from 1949-1975 in the AFL and NFL with the Bears, Oilers and Raiders but his last nine seasons, he was mostly used as a kicker.

“I feel great. I feel the best I’ve ever felt,” Wilson told ESPN. “I feel like I’m 18 all over again. So that’s something that I’ve been really invested in is having a great team of people that can help me be successful on the field and ultimately help the Seahawks win.”

Wilson and the Seahawks are currently at training camp in Renton, Washington. They begin their preseason schedule on Sunday August 13 at San Diego.

You can read the full ESPN article on Wilson’s offseason here.