As the calendar flips to August, many football fans celebrate the beginning of America’s favorite sport. The excitement has begun, yet so has the somber reality for wives of coaches and players.

Carlie Buys, wife of Azusa Pacific University Running Backs coach Ben Buys, recently posted a picture of her husband and their two children on Instagram. The photo, which shines a light on life as a football wife, was liked over 150 times. 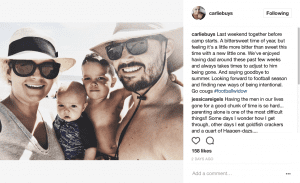 “Last weekend together before camp starts,” Carlie writes. “A bittersweet time of year, but feeling it’s a little more bitter than sweet this time with a new little one. We’ve enjoyed having dad around these past few weeks and always takes (time) to adjust to him being gone. And saying goodbye to summer. Looking forward to football season and finding new ways of being intentional. Go Cougs #footballwidow.”

This will be Ben’s eighth season coaching at Azusa Pacific. The former Los Angeles youth pastor and Cougar running back, decided to leave the pew for his passion on the gridiron in 2010. Carlie supported his decision from day one.

“I was thrilled for a new thing for him and a job that he would love and enjoy,” Carlie says. “Coaching is something he has always had in his heart and he wanted to pursue. When we decided to leave that church, an opportunity at APU kind of fell into our laps and it was just complete divine intervention from God.” 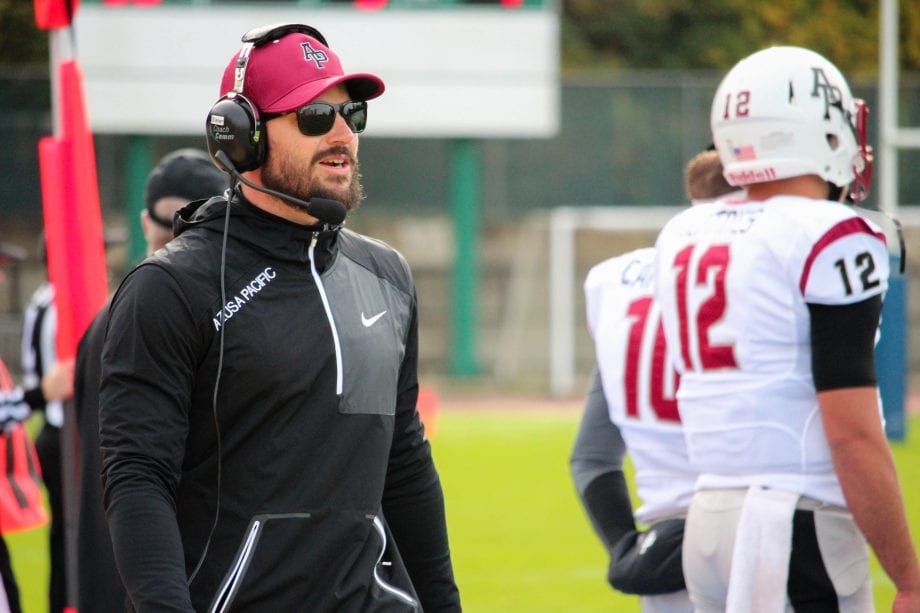 The reward of supporting your spouse in their passion doesn’t come without sacrifices. One of which is taking the in-season role of raising their two sons Truman, 3, and 4-month-old Tate.

But there is a silver lining. Once a week Ben and Carlie intentionally carve out time to make dessert for each other and eat it on their patio. The rules of the date are simple. No cell phones or coaches tapes are allowed, just intimate time together and great conversation. 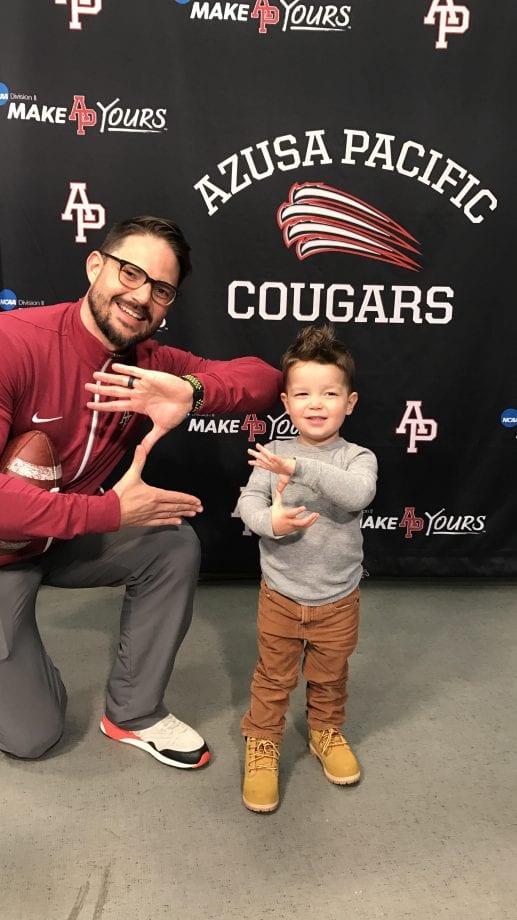 Carlie has picked up the hobby of sewing clothes for her kids and crafting things around the house. She also works part-time at Azusa Pacific with the incoming athletes, which keeps her close to her husband.

When her perspective wavers during the tough times, she reminds herself of her favorite verse in the Bible.

“You will keep in perfect peace those whose minds are steadfast, because they trust in you,” Isaiah 26:3 (NIV).

This can be a difficult time of year for all coaches and wives. Let’s be sure to keep them in our prayers throughout the season.

Everyone wants to lead, but what will they write about you when your time of leadership is over? #ConsiderYourLegacy #WinToday pic.twitter.com/TT8DvFzXBI