Liberty football will be joining the FBS beginning in the 2019 season. But it was the first game of the 2017 season that has gotten the attention of the rest of the college football world.

Saturday, the Flames shocked Baylor, beating the Bears 48-45 in a shootout that featured over a 1,100 yards of combined offense from both teams.

Sophomore quarterback Stephen Calvert, who goes by the nickname of “Buckshot,” threw for a Liberty single-game passing record of 447 yards, as well as completing 44 passes on 60 attempts, also school records. Two of his three touchdown passes went to wide receiver Antonio Gandy-Golden, who had 13 receptions for 192 yards. 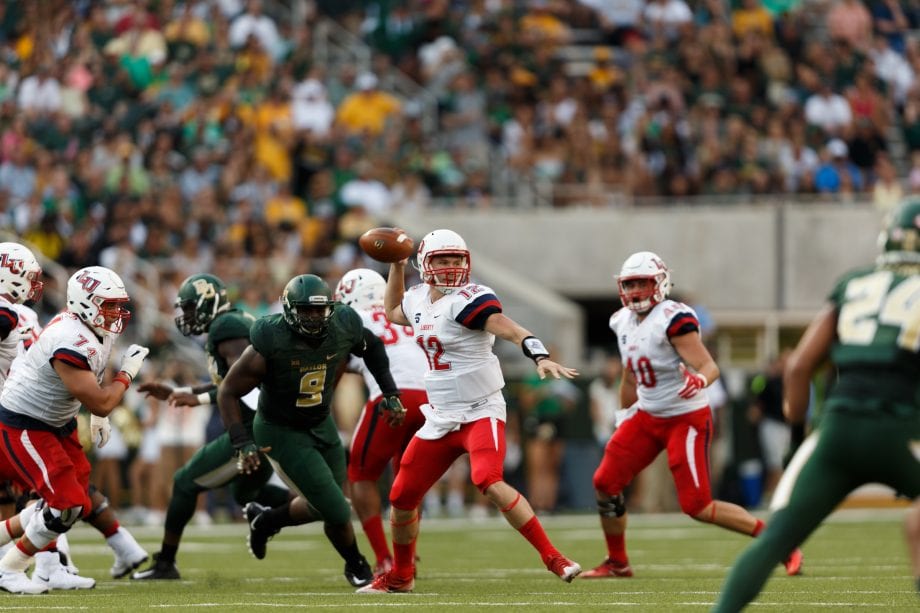 This statement win for the Christian university gave the Flames their first-ever victory against a Big 12 opponent, but even more, it was the second biggest upset in college football over the past 10 seasons, according to ESPN.

Howard had a 1.2% chance to beat UNLV, that's now the biggest FPI upset in the last 10 years pic.twitter.com/rqQwcqGlQR

In their final matchup as an FCS program against an FBS team, Liberty’s offense could not be stopped en route to just its fifth win against an FBS program in school history.

Head coach Turner Gill said after the game that this win will help put his team on the map. “Liberty’s brand name just went out pretty strong across the country, not just for football, but for the whole school.”

The Flames return to Virginia for their home opener September 9 against Morehead State. Kickoff is set for 7 p.m. ET.