Most guys take time to rest after spending more than a decade on the gridiron, but that is not the case for Charles “Peanut” Tillman.

The retired 13-year NFL veteran is training to join the FBI, according to the Chicago Tribune. The FBI has not yet confirmed report.

“We don’t speak about personnel matters,” special agent Garrett Croon, a spokesman for the Chicago bureau, told the Tribune.

The timing for Tillman couldn’t have been better. Per FBI guidelines, Tillman must be at least 23 years old and younger than 37 for hiring as a special agent at the time of appointment. Tillman doesn’t turn 37 until February 23.

Tillman grew up in a military family and graduated from the University of Louisiana-Lafayette with a bachelors degree in criminal justice. He also earned a masters degree in Homeland Security.

As a philanthropist, Tillman started the Charles Tillman Cornerstone Foundation, which has been providing opportunities for needy and chronically ill children and their families since 2005. In 2012, he was named the Salute to Service Award winner by the NFL and has always felt a close attachment to the military and service.

“The military has played an influential part in my life,” Tillman told NFL.com. “Throughout my dad’s 20 years of service, he learned about teamwork, leadership and commitment, and he taught me those same values. I’m thankful not only for what the military has done for me, but for what the members of our military sacrifice for this country. I appreciate the men and women of the United States Army, Air Force, Marine Corp, Navy and Coast Guard for protecting our homeland. The next time you pass a soldier, sailor, marine or airman on the street, kindly walk up to them and say, ‘Thank you for your time and service.’ I am honored to be the recipient of the 2012 Salute to Service Award.” 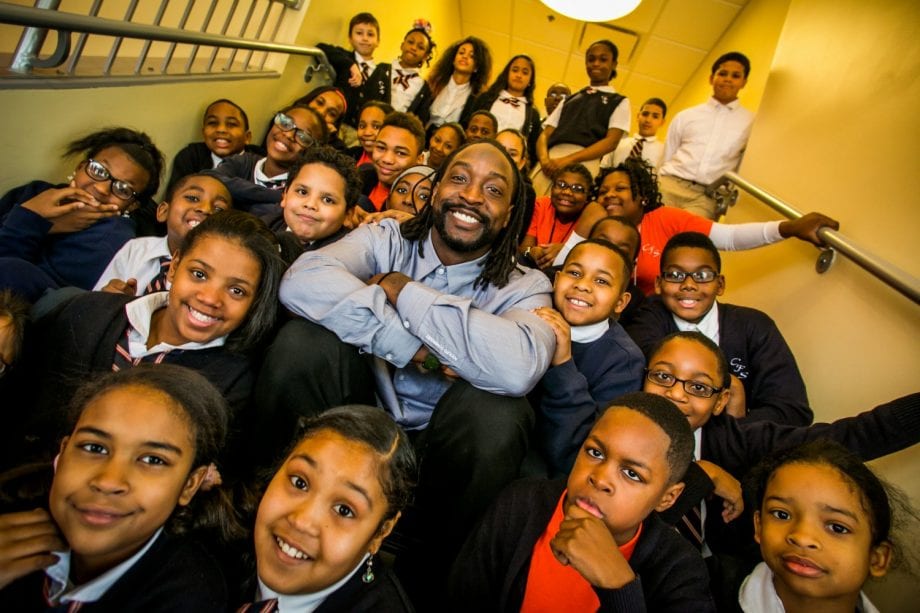 Tillman was also named the Walter Payton Man of the Year in 2014. The work Tillman does through his foundation is something he views as his responsibility as a follower of Jesus.

“You talk about Jesus, how He served his disciples, how He washed their feet, I look back at that, not knowing when I started this foundation, I really didn’t know what I was doing,” Tillman told Sports Spectrum. “It wasn’t too long that I was in a church service or a chapel service, the pastor starts off with the Last Supper, how Jesus served His disciples, and it really was getting me thinking, ‘Wow! My wife and I have been serving people this whole time, and that was probably one of (Jesus’) biggest things: We have to love and serve each other. I didn’t even know it and was doing it anyway. Oh man, it just gave me chills.”

Click below to read more about how Charles Tillman counts servanthood as his most important accomplishment.