College Football Game of the Week: USC vs Washington State

Not too often could one game change the face of a program, but that’s what’s at stake for No. 16 Washington State Cougars as they host the No. 5 USC Trojans on Friday night. This will be a matchup of two quarterbacks destined for the pro’s with Luke Falk leading the Cougars and Sam Darnold with the Trojans. Our picks of the Friday night matchup in Pullman, Washington.

UPSET PICK: No. 12 Virginia Tech 37 – No. 3 Clemson 34 – The Hokies show they are a legit contender for the National Title and take down the National Champion Tigers at home.

Justin Adams: No. 16 Washington State 34 – No. 5 USC 31 – Crazy things happen at #pac12AfterDark and this week will be no different. For how amazing Heisman-trophy candidate Sam Darnold is, he’s third in the NCAA with 7 INTs. At some point, not protecting the ball will come back to bite Darnold and I see it happening this week against a Cougars defense that’s forced 10 turnovers on the season.

UPSET PICK: Tennessee 23 – No. 7 Georgia 21 – Vols head coach Butch Jones has the hottest season in college football. He gets a big win in front of the Tennessee faithful.

Jon Ackerman: No. 5 USC 38 – No. 16 Washington State 35: This is WSU’s fifth straight game at home, while USC gets a second consecutive road game on a short week. Still, the Trojans have the best quarterback in the land with Sam Darnold. He leads them in a shootout.
UPSET PICK: Texas Tech 30 – No. 15 Oklahoma State 27: OSU is a bit turnover-prone (eight in four games), and Texas Tech is causing lots of turnovers (nine in three games). The Red Raiders stay unbeaten with a big win. 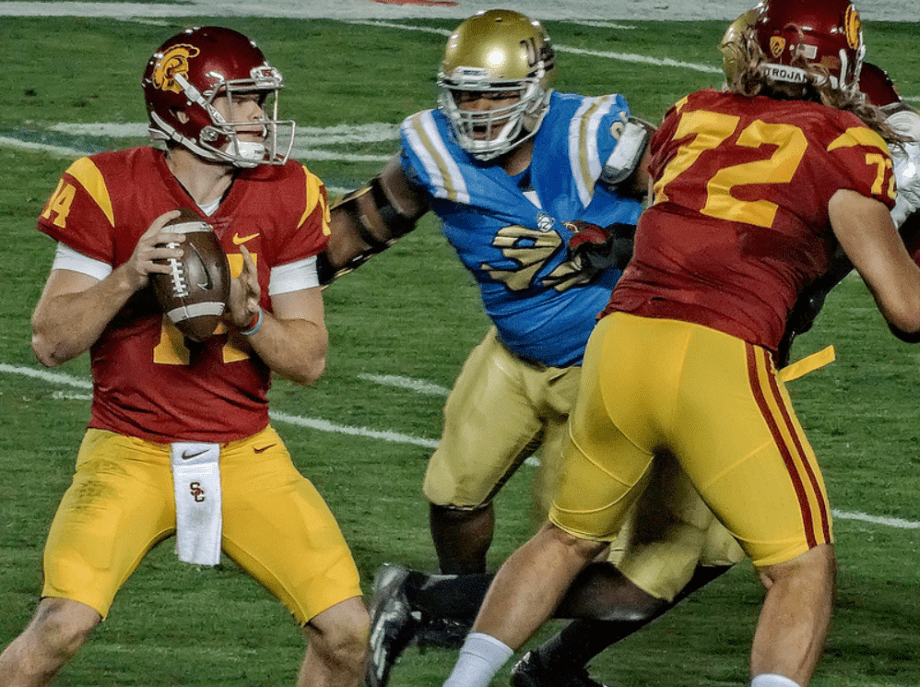