College Football in November means that the postseason is right around the corner.

One team that is in prime position to battle for the National Championship is the University of Mary Hardin-Baylor Crusaders located in Belton, TX. Last season the Crusaders won their first Division III National Championship in Stagg Bowl XLIV and are in prime position to repeat in 2017 with a 9-0 record and a number 1 ranking in the AFCA Division III Coaches Poll.

One player who is looking to lead the Crusaders to another national title is junior defensive back Rozzell Barber-Harris. The Houston native has played in six games, amassing 18 tackles on the year.

Despite the on field success, Barber-Harris struggled with depression, including a difficult relationship with his parents. All of this led to him trying to commit suicide during his freshman year.

“It was all just overwhelming and mentally I could not come up with good reasons on why I should be here,” Barber-Harris said on the UMHB website.

At the crossroad in his life, Barber-Harris listened to gospel songs, Trust You by James Fortune and Oceans by Hillsong United, which helped him find a reason to continue to live.

“Through those songs I felt like all of my burdens, sorrows and pain were lifted up,”  Barber-Harris said on the UMHB website. “I could feel the compassion in that song as if somebody knew how I felt and that motivated me in some way. From that day forward, I started thinking less about what I was going through and trusted that everything I was going through had a purpose.”

to know you more is what keeps me sane is this screwed up world. huge s/o to you.. love you forever God. ❤️ pic.twitter.com/0lek5I8wW0

Barber-Harris began placing his faith in Christ, helping him find purpose to the pain he experienced. He admits that he still struggles connecting with people he doesn’t know, but he now trusts the power of Christ to help him share his story of battling depression and making an impact on the lives of others.

“Truth is, Christ changed me. His love, His acceptance, His grace, His mercy and His everlasting promises made me feel worthy and it made me look at every single negative thing I’d been through as a positive,” Barber-Harris said on the UMHB website. “That is what makes me want to share the same love I receive daily from Him and give it to others regardless of what they believe, what religion they have, the color of their skin or any of that. I am way happier and have more peace than I did a year ago.” 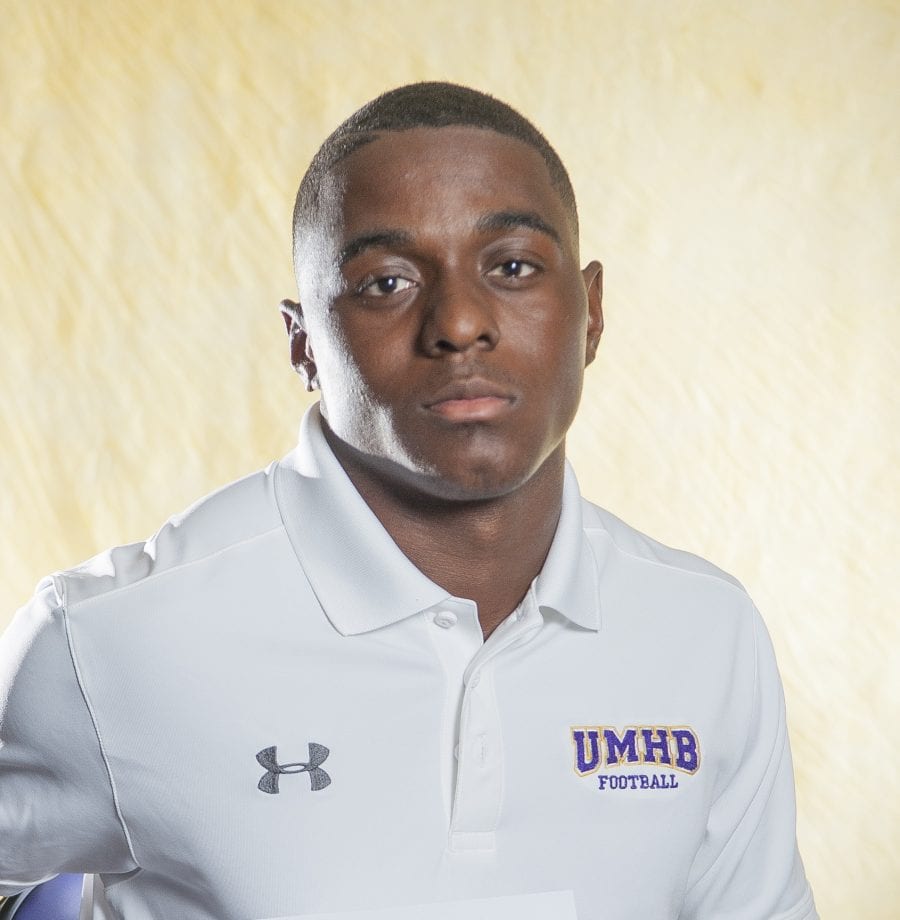 After his football days are over, Barber-Harris is hoping to spread the love of Christ to others on order to make a global impact.

“Once I started thinking about things outside my perspective, I realized I wanted to spend the rest of my life bringing enjoyment to those who feel unworthy, used, or just left out,” Barber-Harris said on the UMHB website. “I want to use experiences from my life and show others how going through a storm can eventually turn into a blessing.”

The Mary Hardin-Baylor Crusaders look to finish the regular season undefeated as they hosts East Texas Baptist University on Saturday at 2 p.m ET.