With the Jacksonville Jaguars clinching their first playoff spot since 2007, we take a look back at one of the greatest players in franchise history, namely, Tony Boselli. The 6-Foot-7, 318 left tackle was drafted in the first round (2nd overall) in the 1995 NFL Draft. In his seven years, he was named to five Pro Bowls and was a three-time First Team All-Pro.

This article written about Boselli was titled “To Protect and Serve.” It was written by Buddy Shacklette in December of 1999. 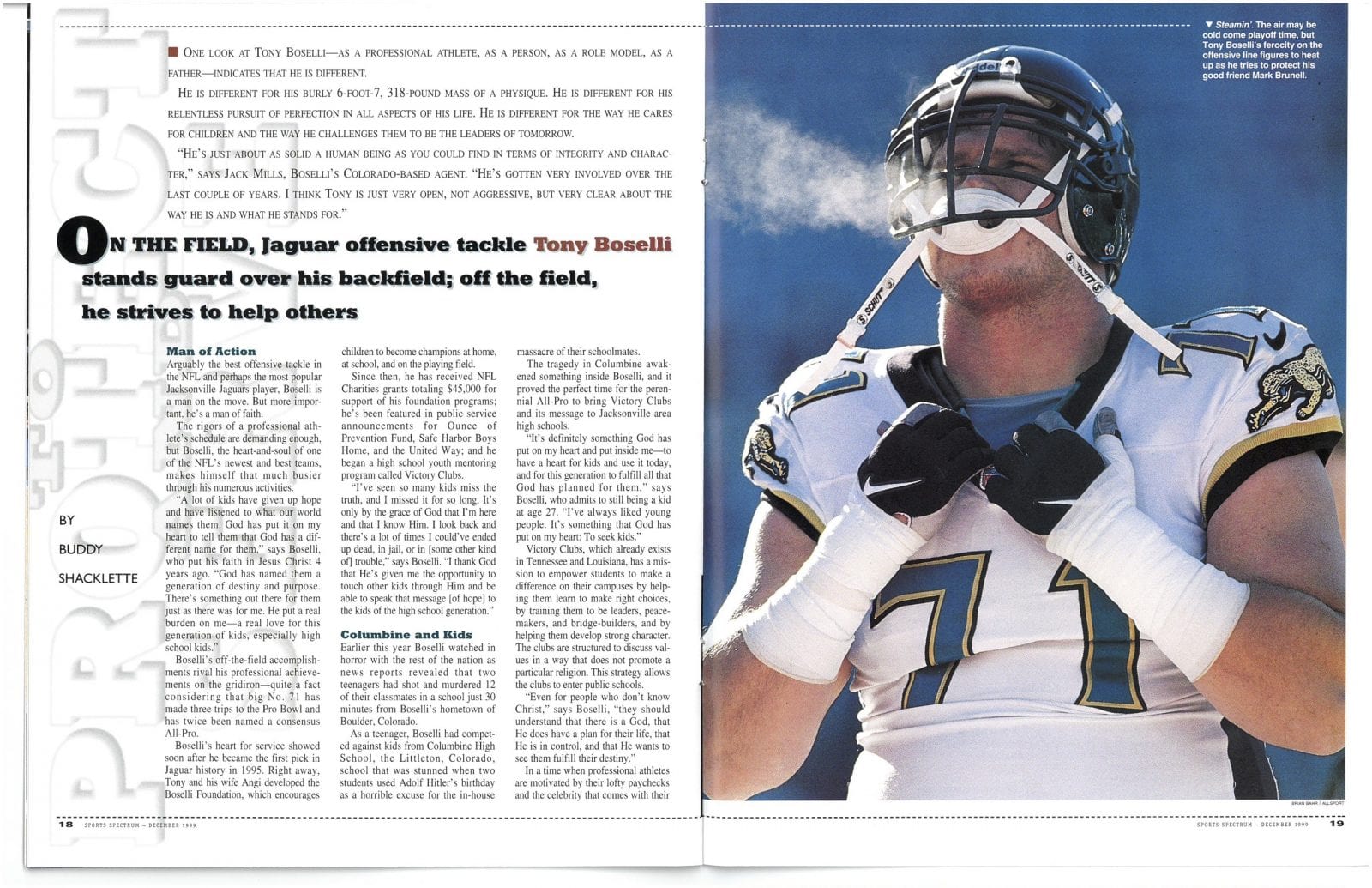 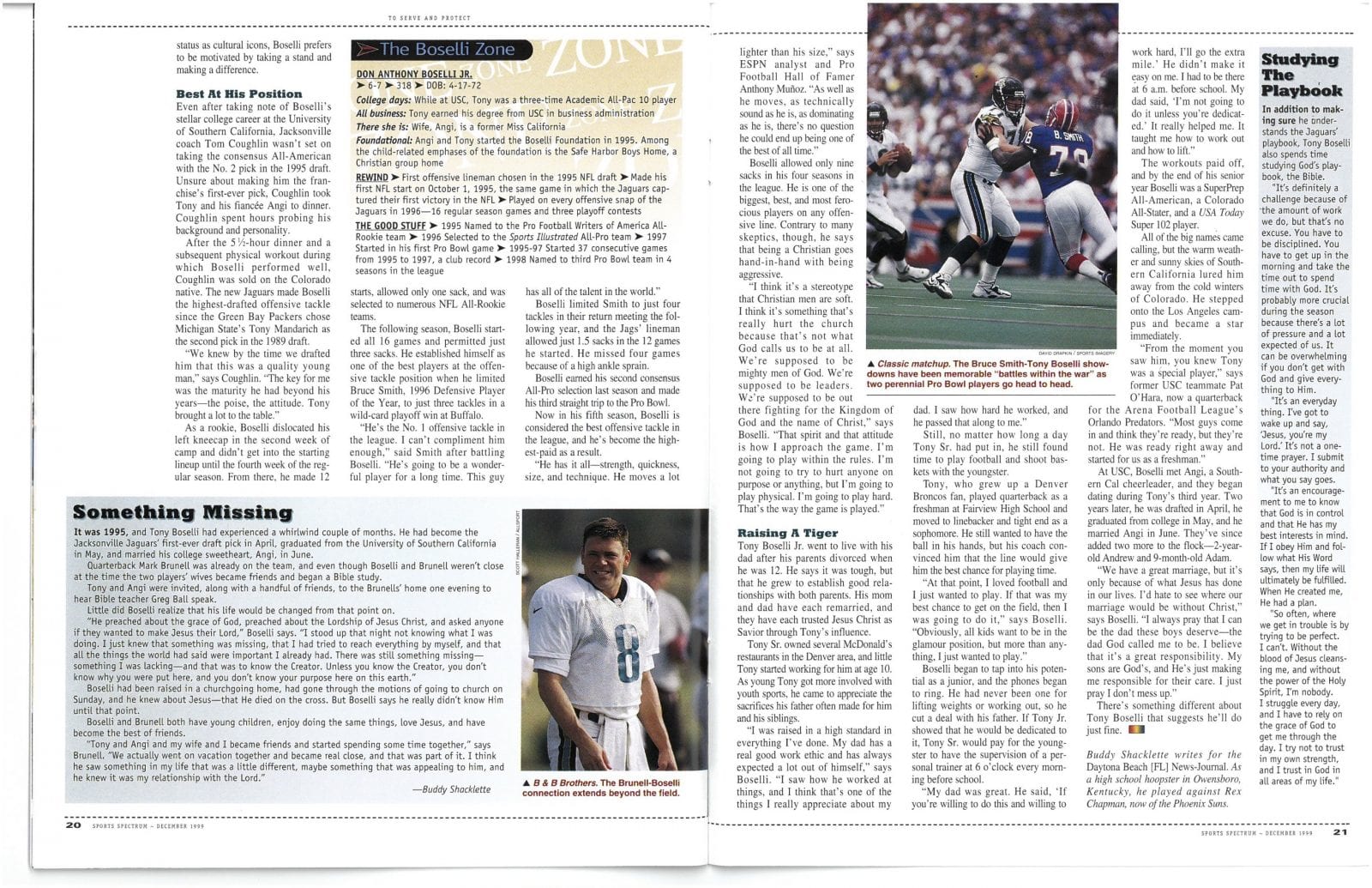 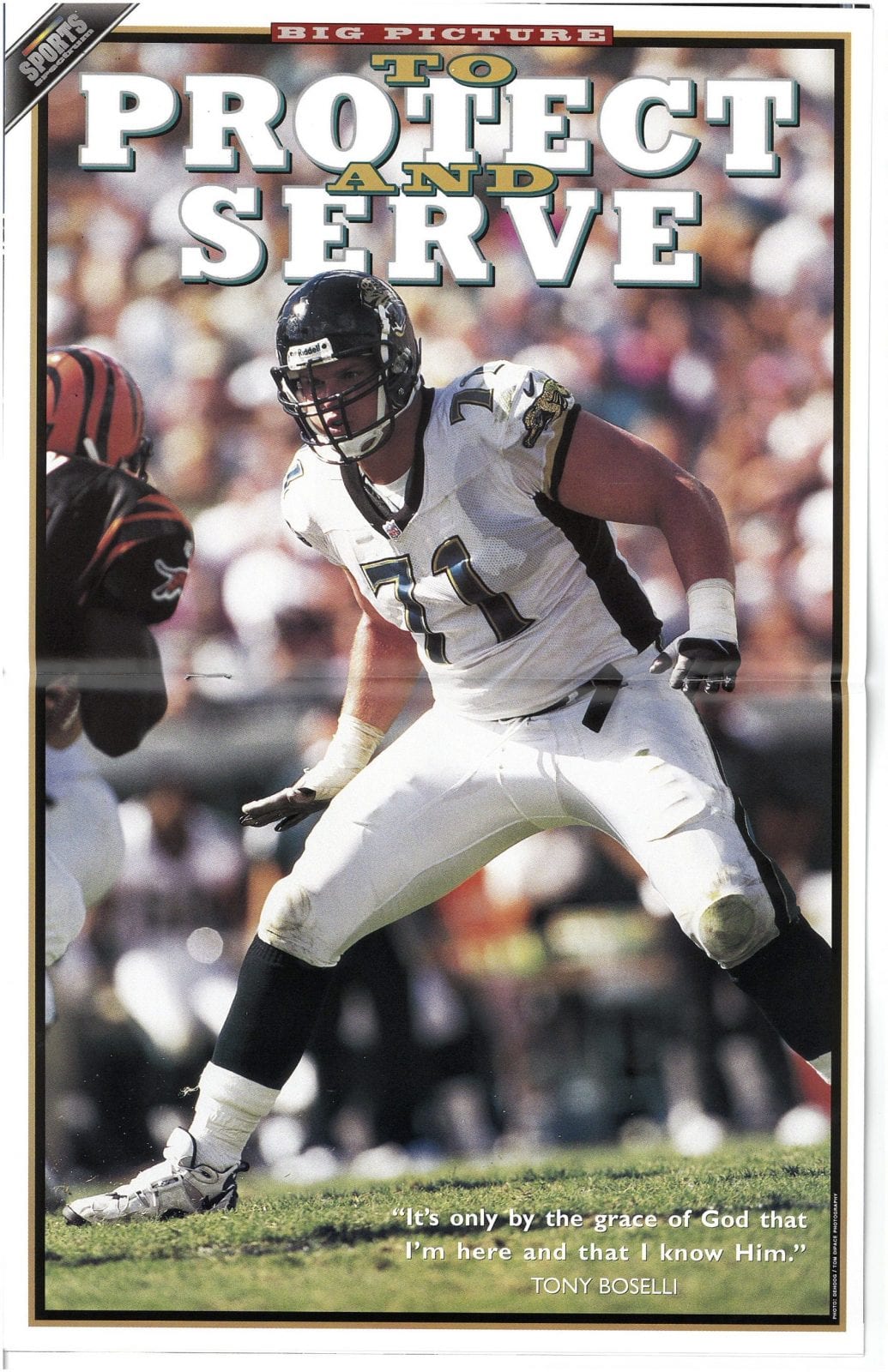 “It’s only by the grace of God that I’m here and that I know Him.”