Former St. Louis Rams and San Francisco 49ers receiver Isaac Bruce was named a finalist for the Pro Football Hall of Fame for the second time on Tuesday.

Back in October of 1996, Sports Spectrum caught up with Bruce, who was in his third season in the NFL, about how he went from an unknown player as a rookie, to a Pro Bowl player two years later.

The story is titled “Mo Better Bruce” and it’s written by Dave Branon.

Note: Click on the pictures to enlarge the images. 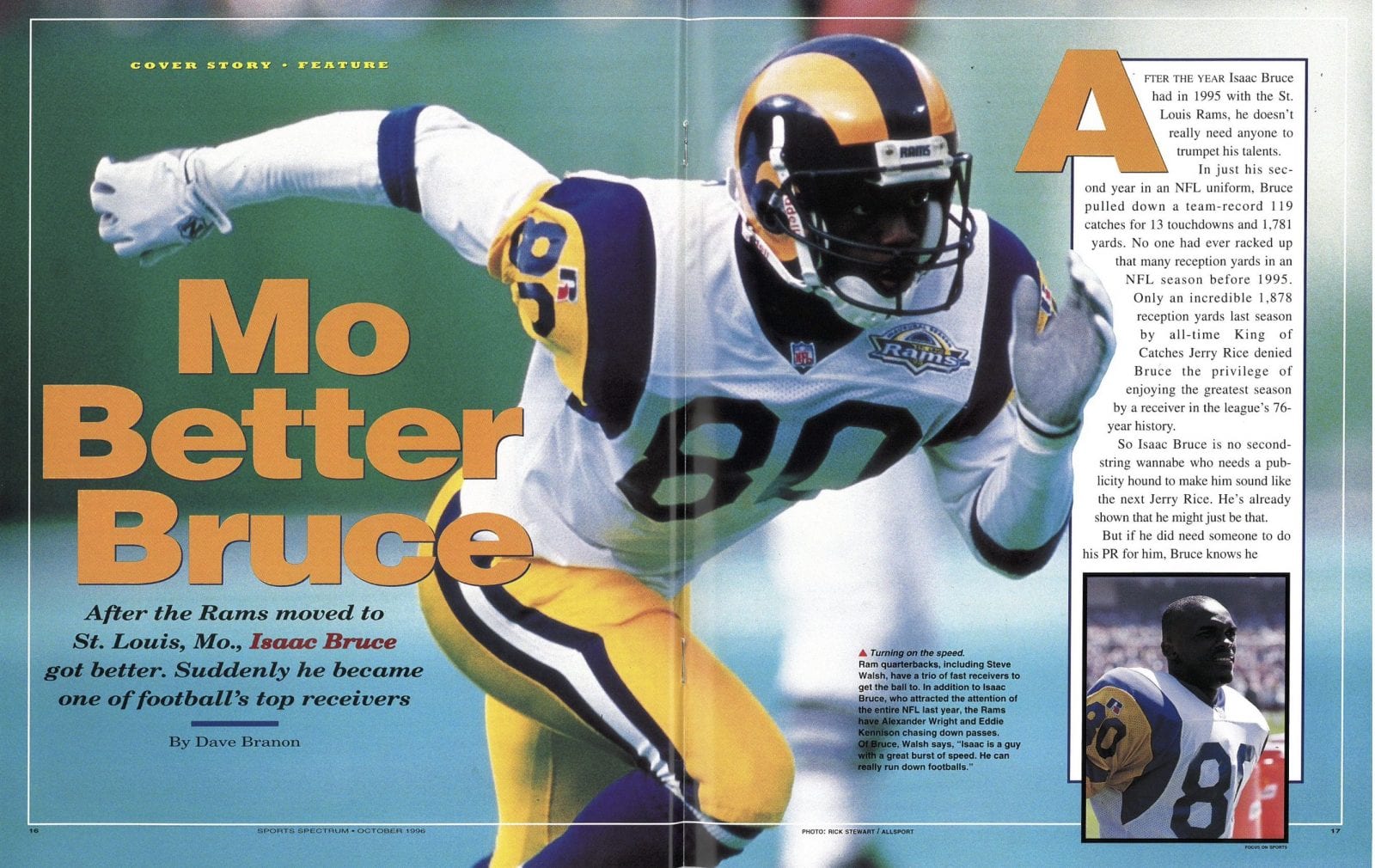 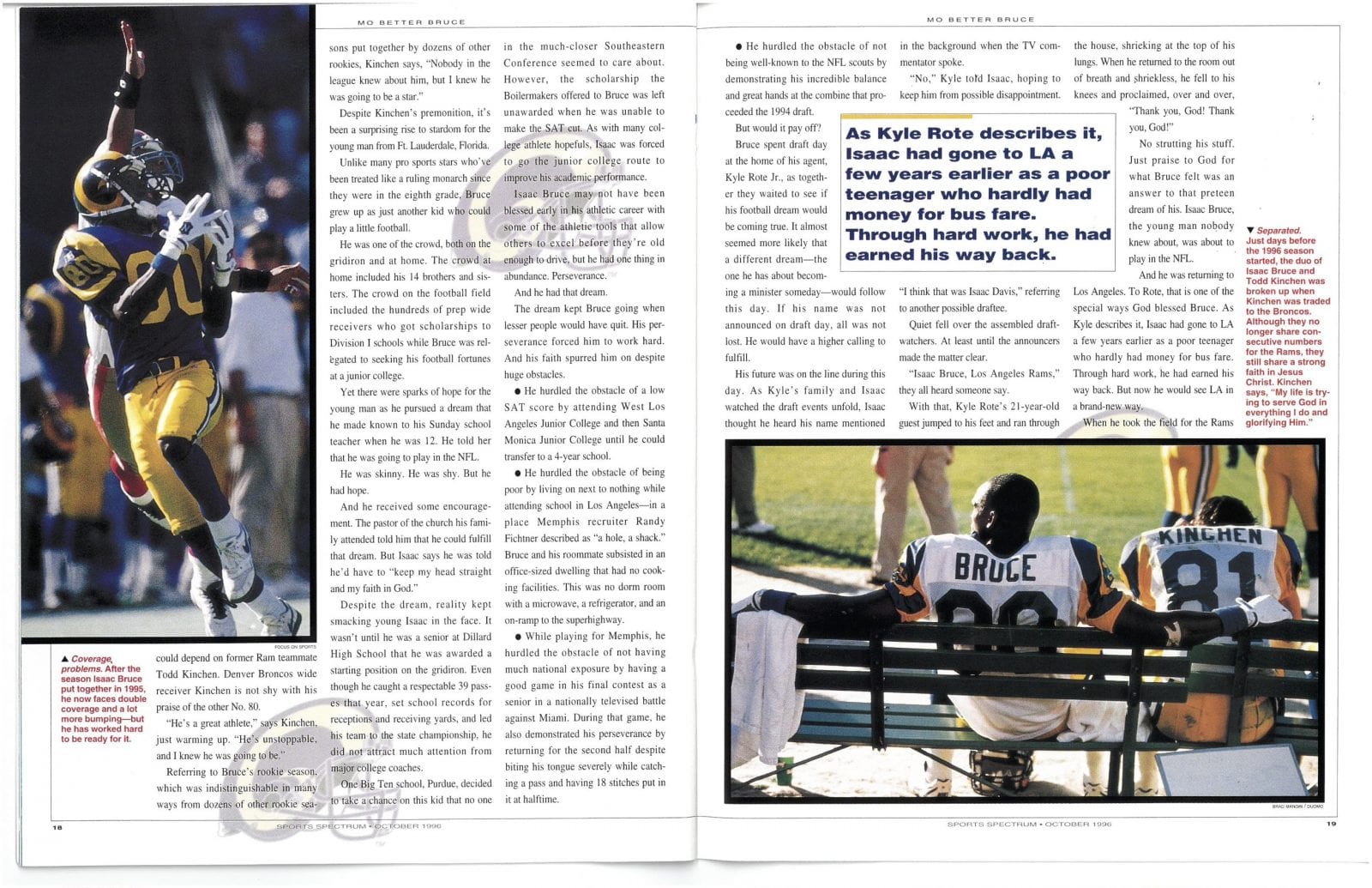 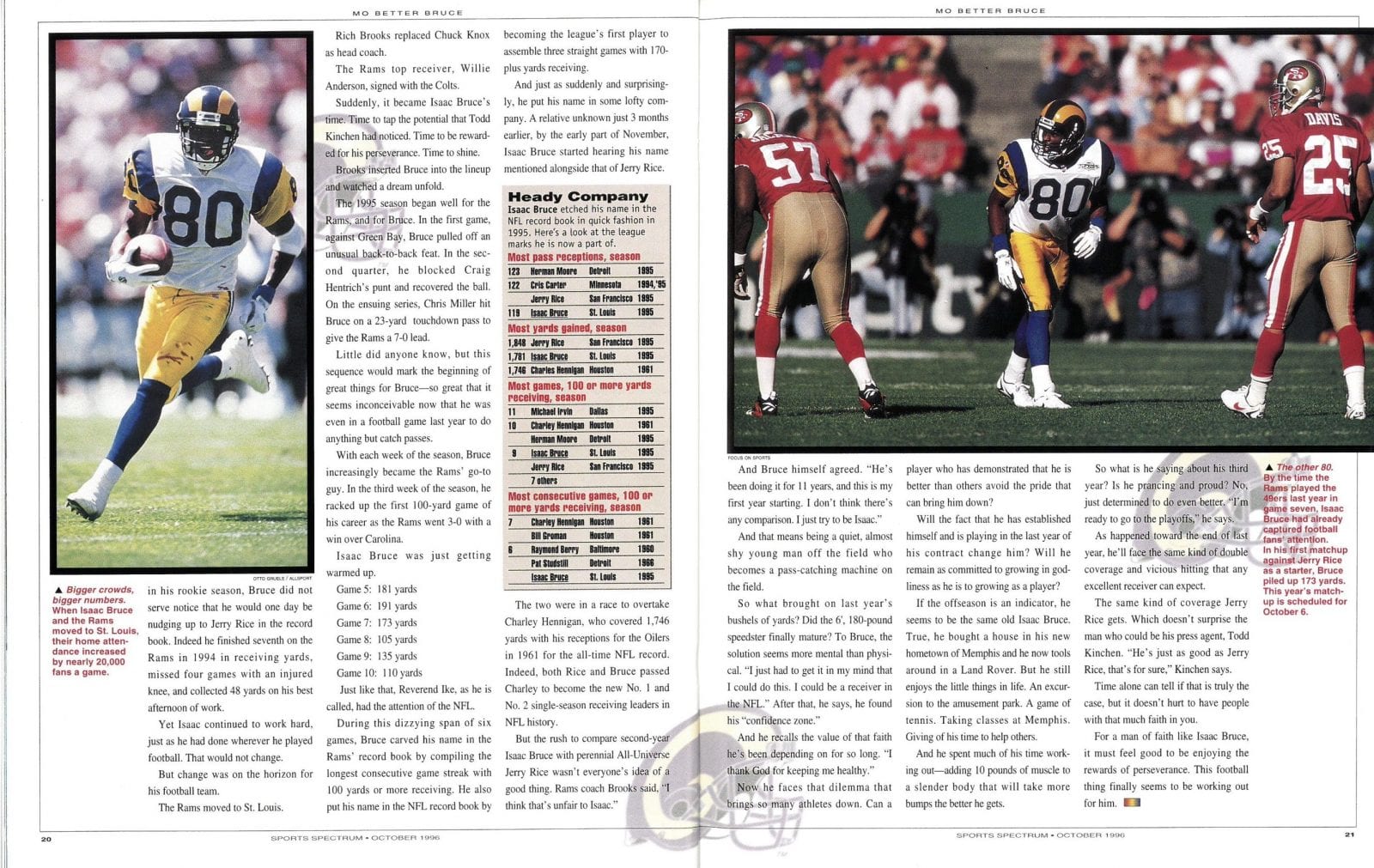