On Saturday, the Philadelphia Eagles will host the Atlanta Falcons in the NFC Divisional Playoff game at Lincoln Financial Field.

Another player who has stepped up his game is Trey Burton. He caught a career-high five touchdowns and has been another important target for Wentz and new starter Nick Foles. 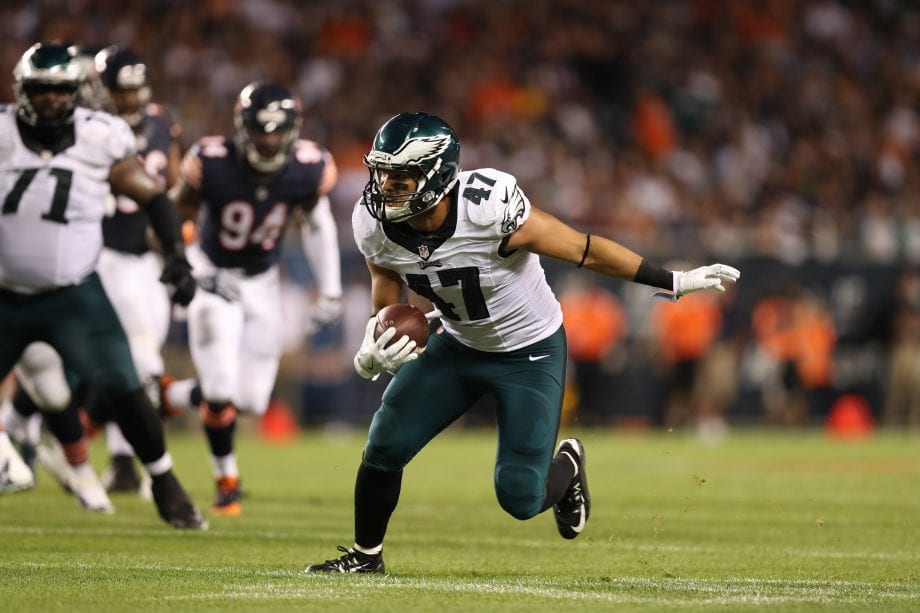 As important as football is to Burton, even more his important is his faith. On the Sports Spectrum podcast back in November, Trey shared his desire to share the gospel of Jesus in the city of Philadelphia.

“We have a bunch of guys whose hearts truly want to see a change, not only in the locker room but big picture would be the city of Philadelphia. The need for Jesus here is huge and we’re just trying to do our part.”

Burton says that he and his teammates have a bunch of different options to get together during the week and be discipled as Christians.

“Monday Night is our couples Bible Study. Thursday night at the team facility, we’ll do our weekly team Bible study. That’s been really fruitful,” said Burton. “Saturday before meetings we’ll have another chapel, and depending on what city it is in, we’ll try to get a speaker in. After our meeting Saturday Night, that’s really our discipleship time. We go into one of the guy’s hotel rooms and we have a pointed scripture that we’re reading for the week. That’s really where we’ve seen the most growth. We just have a bunch of guys saying yes to what the Lord is calling us to do and this season we’re in.”

You can listen to the entire interview Trey and Jason did on the podcast by clicking here.

The Eagles and Falcons will do battle in the NFC Divisional playoff Saturday at 4:30 p.m. ET on NBC.

Jalen Hurts leads NFL’s No. 1 offense as Eagles QB believes ‘God is everything’