By Jason Romano Jan 25, 2018
Quarterback Carson Wentz of the Philadelphia Eagles during a September 2017 game against the Washington Redskins at FedExField in Landover, Maryland. (Photo Courtesy: Keith Allison/CC License https://creativecommons.org/licenses/by-sa/2.0/legalcode

The Philadelphia Eagles are getting ready for Super Bowl LII in Minneapolis on February 4 against the New England Patriots and their injured starting quarterback, Carson Wentz, has the number one selling jersey in the NFL, according to NFLShop.com. 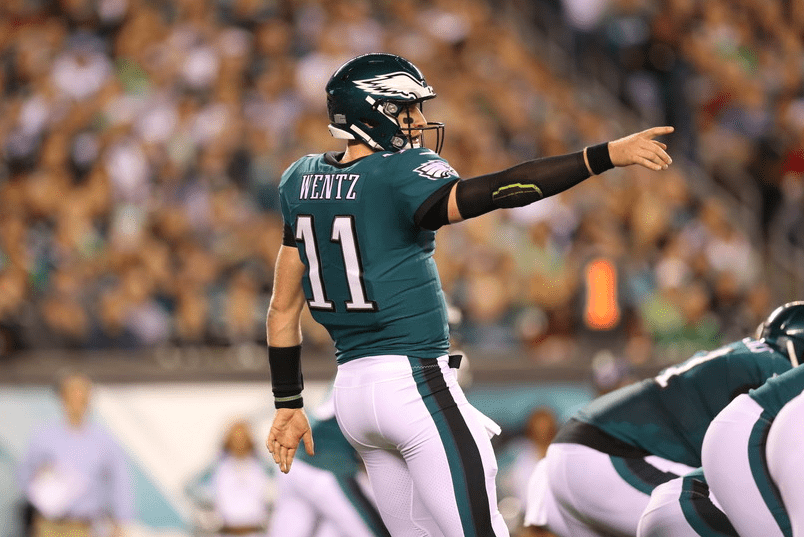 Wentz had an amazing sophomore season in the NFL leading the Eagles to the best record in the NFC and finishing second in the NFL with 34 touchdown passes. His performance had him in contention for the NFL MVP until he went down with a knee injury in a Week 14 game against the Los Angeles Rams.

Wentz will be with his team in Minneapolis, but unfortunately, will have to watch from the sidelines as backup quarterback Nick Foles tries to lead the Eagles to their first ever Super Bowl title.

Below is the top-10 jersey sales as reported by NFLShop.com in 2017.

– The faith that drives Carson Wentz

– Minneapolis hosting 33 days of prayer in preparation for Super Bowl