The psalm that led Michael Vick to the road of redemption

Michael Vick knew the moment he would one day play in the NFL.

Speaking at Liberty University’s convocation on Monday in the athletic auditorium, Vick recalled the time he told his grandmother of his dreams to play pro football when he was 6 years old.

“I don’t know if she took me serious, but what I seen on TV I felt at a young age I was born to do it,” Vick recalled.

At age 12, Vick knew that being a great athlete wouldn’t be enough to reach his goal. He also had to be a great citizen, son and sibling. So he began to read the Bible and would sleep with it under his pillow.

He would eventually earn a scholarship to play at Virginia Tech and become a star. In 2001, Vick was drafted into the NFL by the Atlanta Falcons with the No. 1 overall pick. His dream came true, but the Bible he read as a kid stayed behind.

“When I got drafted, and I got the $100 million contract, this (Bible) didn’t come with me,” Vick said. “I really felt like I did it on my own. I totally forgot about the prayers I had at night where I asked God to forgive me for all of my sins. From the time I got drafted to the time I went to prison, I never picked the Bible up again.” 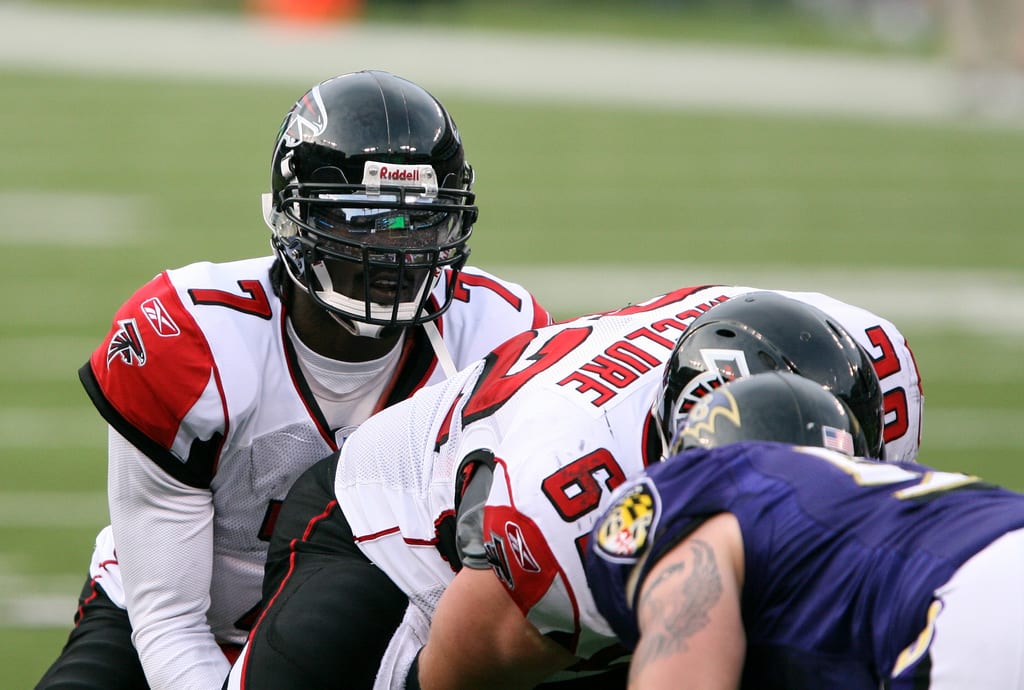 After becoming one of the most popular players in the NFL by 2006, Vick would find himself in trouble with the law. In 2007, he would spend 23 months in prison in Leavenworth, Kan., after pleading guilty to federal conspiracy charges related to a dog-fighting operation.

Before the jail bars closed behind him, his mom pointed out a scripture passage for him to read that would redefine his life.

“The Lord is my shepherd, I lack nothing. He makes me lie down in green pastures, He leads me beside quiet waters, He refreshes my soul. He guides me along the right paths for His name’s sake. Even though I walk through the darkest valley, I will fear no evil, for You are with me; Your rod and Your staff, they comfort me. You prepare a table before me in the presence of my enemies. You anoint my head with oil; my cup overflows. Surely your goodness and love will follow me all the days of my life, and I will dwell in the house of the Lord forever.” — Psalm 23

After being released in 2009, Vick took full advantage of the second stage of his life. He would finish his NFL career with the Philadelphia Eagles, New York Jets and Pittsburgh Steelers. Off the field, he became an animal welfare advocate and a dog owner. He’s now an NFL analyst for FOX Sports and keeps the Bible passage his mother told him to read close to his heart.

Related links:
– Airing It Out — Michael Vick forgives; why can’t you?
– Patriots’ Brandin Cooks says faith in Christ is the biggest thing in his life
– Saints’ Drew Brees accepted Christ in high school on his 17th birthday