Airing It Out -- Michael Vick forgives; why can’t you?

By Brett Honeycutt Aug 27, 2013
LANDOVER, MD - NOVEMBER 15: Quarterback Michael Vick #7 of the Philadelphia Eagles runs with the ball during a game against the Washington Redskins at FedEx Field on November 15, 2010 in Landover, Maryland. The Eagles won 59-28. (Photo by Hunter Martin/Philadelphia Eagles/Getty Images) 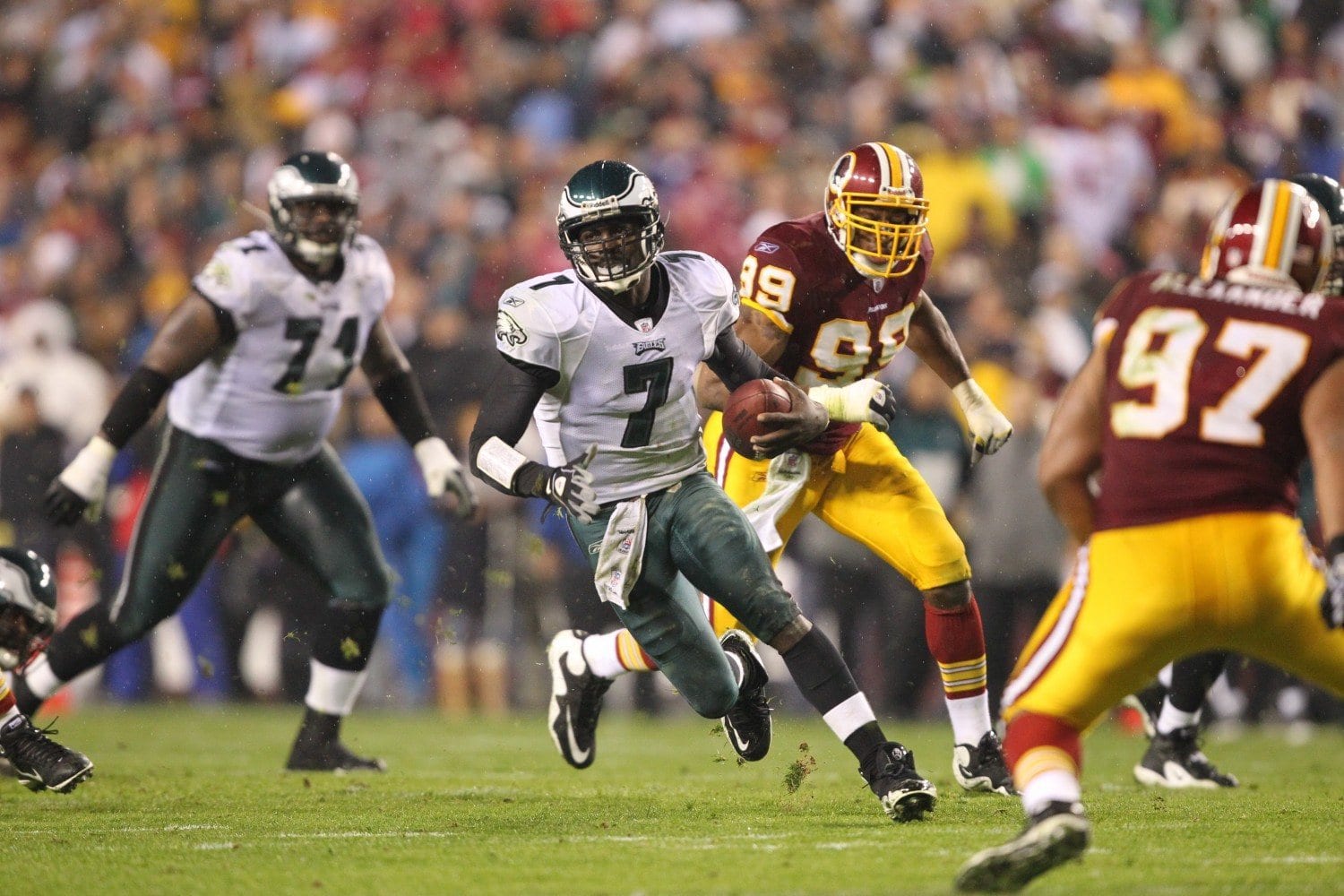 If the statement below came from anyone else other than Michael Vick, we would glance over it, miss the potential lesson that we could learn (or be reminded of) and not think about how impactful it could be if we all did what Vick did.

When asked about his teammate Riley Cooper, who used a racial slur while at a concert, Vick told reporters this: “As a team we understood because we all make mistakes in life and we all do and say things that maybe we do mean and maybe we don’t mean. But as a teammate, I forgave him. We understand the magnitude of the situation. We understand a lot of people may be hurt and offended, but I know Riley Cooper. I know him as a man. I’ve been with him for the last three years, and I know what type of person he is. That’s what makes it easy, and at the same time, hard to understand. But easy to forgive him.”

From the vitriol that spews out at Vick every season over dog fighting and killing dogs, you would think that people in general a) don’t’ believe in forgiveness; b) are perfect and have never done wrong; c) are people who are not being honest about their own failures; d) believe that one mistake dooms you for the rest of your life; or e) all of the above.

And even if some can’t forgive Vick, why, at the least, can’t Christians forgive him?

I understand the world not forgiving Vick (because they don’t have a grasp of forgiveness and unconditional love and are, in general, contradictory in much of their logic and reasoning), but when and who to forgive shouldn’t be a question with Christians. It should be automatic. It should be ingrained because we are Christ followers.

And we know what Christ did when he was hanging on the cross, with blood dripping from his battered body that had flesh hanging off exposed bones from the tortuous whipping that he took even before he was nailed to the cross. We know it was even worse because Isaiah 52:14 says, “…his appearance was so disfigured beyond that of any human being and his form marred beyond human likeness.”

He hung there, disfigured and marred beyond human likeness, writhing in pain. And, looking down on the pious religious leaders and even those with no religious affiliation, he forgave. We know this, too, because Luke 23:34 says, “Then said Jesus, Father, forgive them; for they know not what they do.”

So, why don’t we forgive?

It’s because “Christians” a) aren’t really Christians or b) don’t’ believe the Bible is true, which would go back to “a” or c) don’t know God’s Word.

I understand “a” and “c” because truth reveals unbelief and ignorance, but I don’t understand “b” because that suggests a willful ignorance—something odd for anyone who would even suggest they are a Christian. It’s a defiance that is scary.

Before you try and justify any type of willful ignorance by saying “Michael Vick did something worse” or “Michael Vick killed dogs and Riley Cooper only used a racial slur” or something else that goes along that line of thought, consider this: if we don’t forgive, Jesus said, pretty plainly, that God would not forgive us.

Knowing that should cause us to forgive in a nanosecond from when the wrong is committed (against us or against others we know or don’t know—like Vick).

It should cause us to live differently from the world, not just like the world, and make our lives look a little more like…Christ.

That’s what Michael Vick did (the same Michael Vick who came to God, who you believe and follow, at an early age and recommitted his life in a dirty, secluded prison cell while thinking about all the terrible things he did).

This column was published in the August 2013 Sports Spectrum DigiMag. Brett Honeycutt is the managing editor of Sports Spectrum magazine. His column addresses topics from a biblical perspective. Follow him on Twitter-@Brett_Honeycutt.