It’s been quite the week for injured Eagles QB Carson Wentz.

Love this guy and this team! We WORLD CHAMPS! Y’all better believe it! All glory to God! #AO1 #flyeaglesfly

Two days later, he got engaged to his girlfriend Maddie.

She said YES! And now Maddie and I both got us a ring ?? can’t wait to marry my best friend! God is doing some amazing things and I can’t thank him enough! pic.twitter.com/OPr0kilabh

On Thursday morning, Wentz joined his teammates for the Super Bowl parade in Philadelphia.

Eagles Nation was in full force today! Y’all are crazy and I loved every second of it! So blessed to play for such an amazing team with such a special group of men. World Champs sure sounds good ?

Finally, on Thursday Night,  he was a guest speaker for the National Prayer Breakfast dinner in place of U.S. Vice President Mike Pence where he apparently stole the show with a passionate speech on leadership.

At U.S. Congress National Prayer Breakfast, attended by the president, #Eagles QB Carson Wentz challenged everyone to view leadership not as "power or gain or being in charge," but putting others first.

North Dakota Rep. Kevin Cramer told The Forum of Fargo-Moorhead that Wentz’s speech to the 2,500 people attending the dinner was “remarkable.”

“He absolutely touched every heart in this place tonight,” Cramer said. 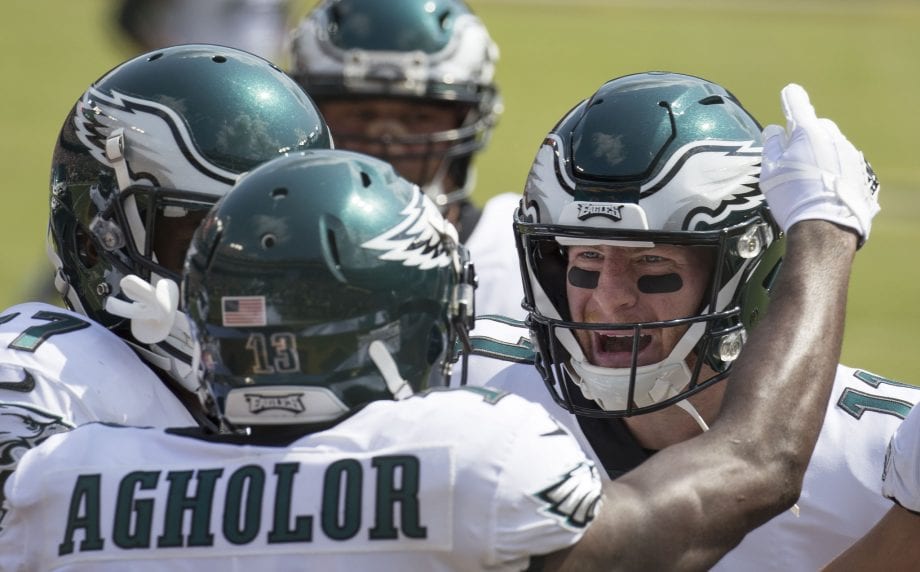 The grind never stops, as Wentz will continue his rehab from a knee injury and attempt to make it back as the Eagles starter on opening day t0 2017 when they hoist the first Super Bowl championship banner in its teams history.