NFL players around the league dream of the opportunity to win a Super Bowl, but for Harry Swayne, who played on three Super Bowl-winning teams, there are more important things in life than football.

Swayne spent 15 years in the NFL, playing for the Tampa Bay Buccaneers, San Diego Chargers, Denver Broncos, Baltimore Ravens and Miami Dolphins. He entered the league as a defensive lineman from Rutgers, but after three years in the league switched to offensive line. This change proved to be a major adjustment for Swayne.

“I was a traitor,” Swayne recently told Sports Spectrum, joking about switching from defense to offense. “I did not know how difficult it would be. The only thing I had going for me was I was familiar with everything that they did on the defense.”

During his NFL career, Swayne won two Super Bowls while playing for the 1997 and 1998 Broncos, as well as the 2000 Ravens. He also started on the 1994 Chargers team that lost Super Bowl XXIX to San Francisco. But it was on the field of his second Super Bowl with the Broncos that Swayne says he found God.

He had become accustomed to living a life of sin. Yet in spite of his choices, God continued to pursue him, and Swayne accepted Christ in the tunnel before Super Bowl XXXIII.

“God got me through all of that, and I didn’t earnestly thank Him until right before I ran out of the tunnel to start that Super Bowl game,” Swayne said. “And not only did I thank Him, but I said, ‘Thank you, Father, for saving my life.’”

Following the acceptance of Christ in his life, Swayne immediately changed his lifestyle. It became one of obedience.

After the Broncos defeated the Atlanta Falcons for the championship, Swayne returned to the locker room, took a shower and went back to his hotel. He didn’t party like he had done in the past, and like so many of his teammates were doing that night. He did not even stay to see the Super Bowl trophy celebration, as he wanted to avoid the temptation to return to his sin.

“I might have won a world championship as a player on that football field, but also on that day I became a champion for Jesus Christ,” he says. 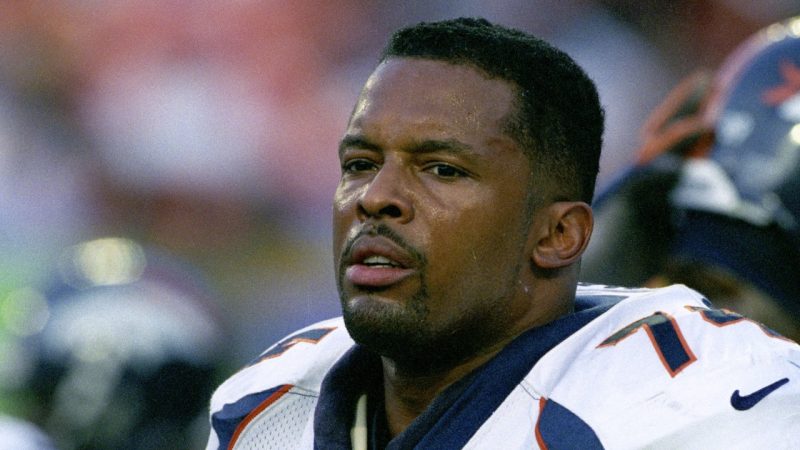 Harry Swayne with the Broncos in Super Bowl XXXIII in January 1999. (Photo via Twitter/@troyvincentsr)

Following his NFL retirement in 2001, Swayne worked with his wife, Dawn, for Campus Crusade for Christ, and served as the Chicago Bears team chaplain. That experience was a lifetime highlight.

“It was the most incredible five years of my life,” Swayne said about his time as a chaplain.

In 2008, Swayne returned to the Ravens and served as the assistant director of player programs. While in this position, Swayne provided care to O.J. Brigance, a staff member with the Ravens who had Lou Gehrig’s disease.

“Being O.J.’s caregiver … was difficult, but also rewarding to be able to walk through somebody discovering what the really-unknown disease is about. We did a lot of trial by solutions. Just trying different things to keep him safe and sane, and everyone else around him too. So the position really had a lot to do with ministry, life coach, counseling, those types of things. It was an incredible opportunity,” Swayne said.

Swayne received a promotion in 2010 to become the director of player development for the Ravens, and in this role won a fourth Super Bowl. The Ravens claimed Super Bowl XLVII following the 2012 season.

“I really got a chance when the Ravens won the Super Bowl to influence leaders — young leaders, not-so-young leaders and coaches — just truly based on my experience and everything that God has shown me,” Swayne said. “Everything that He poured into me, I tried to dump it out and give it to them. So they accomplished so much more than just winning a stupid football game, because at the end of the day, it’s just a game. But some of the life lessons that we learned together, they would really galvanize us for a lifetime.” 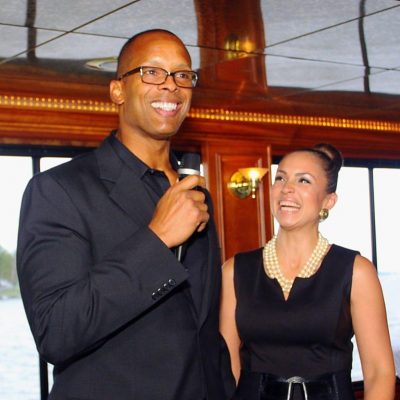 Swayne left the Ravens in 2019 and now works in martial and premarital counseling alongside his wife. He appreciates the extra time he now has because it allows him to find rest.

“I never had a sabbatical period in my life,” Swayne said. “When you’re around sports, unfortunately the games are on the weekend and so that’s a seven-day kind of a journey. That can do something to you especially when you’re trying to observe a Sabbath. I really can only observe Sabbath moments, so just being able to take a step back and see that has been incredible. God’s been making great use of the time.”

As Swayne continues to grow in his relationship with Christ, he looks to Scripture to provide him with truth. He’s recognized that only through God and His Word can he find complete freedom in life.

“Second Corinthians 10 talks about taking captive every thought and making it obedient to Christ,” he said. “I realize now how many defeating thoughts I can entertain in a given day or a given moment. And me trying to defeat them on my own? It doesn’t work. But when I replace them with the truth of God’s Word, it really does set you free as the Word says. ‘The truth will set you free and you’ll be free indeed.’ I want the ‘free indeed’ kind of truth.”

By placing his focus on Heavenly treasures instead of merely material and earthly treasures like trophies and fame, Swayne continues to set a strong example for players who follow his footsteps.