Christians in Sports Should Consider Theological Education. An NFL Coach Explains Why

“It prepared me to be a head coach in the NFL as much as anything possibly could have.”

What if I told you the “it” in that sentence is theological education, and the person delivering the quote is Indianapolis Colts head coach Frank Reich? 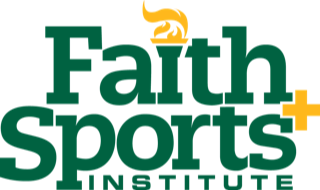 “FSI’s vision inspires me with its intentional focus of doing theologically-driven reflection on competitive sports and engaging with the complexities and challenges of Christian leadership in sports,” Reich says.

The Faith & Sports Institute recently sat down with Reich to discuss his experience with theological education and why he believes it’s valuable in sports. Below are some highlights.

On Reich’s decision to enroll in a seminary:

“One of the things that became very clear in my Christian walk was a hunger for God’s Word. Back when I was playing, I would come home from practice, and rather than turn on the television — this is no exaggeration — I would sit and just read the Bible for hours at a time. And then I would seek out mentors who could help teach me and coach me.

“I was down the street from a seminary. I didn’t know a whole lot about the seminary; I just said, ‘This is a place to go and learn about God’s Word.’ And so I walked in the door and signed up for a couple of classes.”

On getting perspective from theology:

“When I got to seminary, I thought, ‘Now I’m really going to learn all the answers.’

“And man, was I in for a shock. I did learn so much and my conviction on the core tenants of the Christian faith grew deeper and stronger. But I also gained perspective as I gained more answers. For every one answer I got, there were a hundred questions. And I realized that I didn’t have to have all the answers. It strengthened my convictions, but also gave me more of an appreciation for the diversity of the body of Christ.

“Sometimes we just kind of dive into the Word by ourselves without proper help and perspective from past church history and current church community. I just found that seminary helped me get that broader perspective, a global perspective.”

How seminary prepared Reich for coaching:

“It prepared me to be a head coach in the NFL as much as anything possibly could have. Obviously from the leadership standpoint, but also the process of theological education. Not just the content of what I learned, or the spiritual formation that happened in me, but also the grit and determination. It’s not an easy road.

“Having to write seminary papers and detailing every footnote — that’s the kind of detail that it takes to be excellent at something. And so I learned a work ethic and an appreciation for excellence in work that that very much impacts the way I coach football today.”

“I don’t think seminary is for everybody, but my encouragement to anybody who’s thinking about it is to try it. It’s a great opportunity. Theology is high and lofty in one sense, but it’s earthy and gritty in another sense, and it’s very practical. Not every seminary class has to end with a degree, but I can promise you, it’ll make an impact on your spiritual formation.”

If you are interested in learning and growing with the Faith & Sports Institute, visit our website to learn more about our graduate program, our online certificate program, and more.