Bobby Jones is a golfing legend. He won seven major championships, including the U.S. Open four times and the British Open three times. Jones founded and helped design the Augusta National Golf Club, and co-founded the Masters Tournament. He was one of the most influential figures in the history of the sport.

In 1948, Jones was diagnosed with syringomyelia, a fluid-filled cavity in his spinal cord which put him in agonizing pain and eventually led to paralysis. He became restricted to a wheelchair.

Jones’ grandson, Dr. Robert (Bob) Jones IV, is proud to carry the heritage of his legendary grandfather. Recently, on the “In His Grip” show, Dr. Bob shared a powerful story of conversion that his grandfather experienced three days before death.

“Three days before he died, he was baptized,” said Dr. Bob. “From that moment on, there was almost a peace that passed all understanding perhaps, that kind of came upon him.”

The legendary golfer’s grandson says his grandfather publicly proclaimed the name of Jesus right then and there.

“Two days before he died, he turned to his family,” said Dr. Bob. “They were gathered by him. And he said to them, ‘If this is what it’s like to die, it’s beautiful.’ And within an hour, he had closed his eyes and two days later, he was gone.” 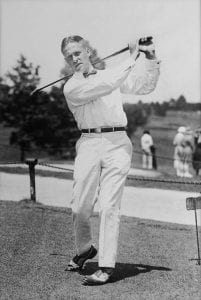 Jones IV said that growing up in the shadow of a golfing legend was hard for him to deal with for a good portion of his life. But now, he says, it’s turned into an amazing blessing.

“Now, I realize where I used to say, ‘I don’t want to be a professional grandson,'” said Dr. Bob. “Now I realize that, my gosh, being able to say I’m the grandson of this man? That’s the greatest honor that God could have ever given me.”

Dr. Robert says life is more about what happens on this earth. He says we should be living for a greater purpose. He also believes that he will get to see his grandfather again someday, in perfect health.

“You know what I’m looking forward to the most? This is going to sound weird,” said Jones IV. “Seeing him walk. I never saw him walk in my entire life. Never. I never even saw him use his hands.” 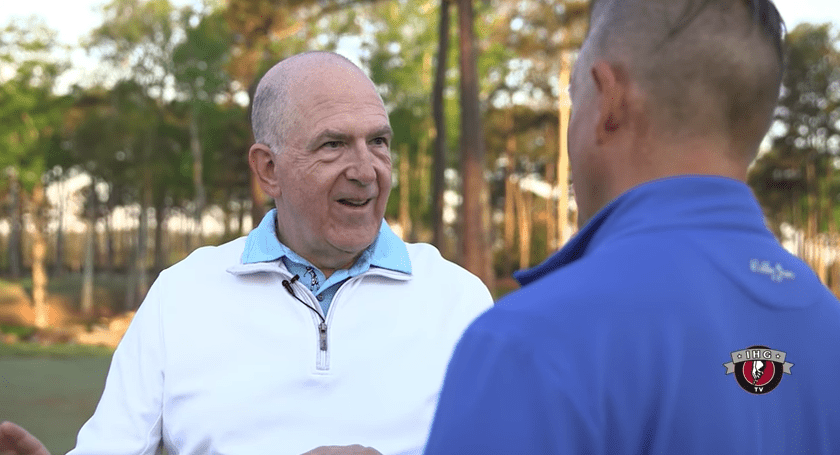 For more on Jones, check out the full feature of his story on InHisGrip’s YouTube page or at InHisGripGolf.com.

Scottie Scheffler staying grounded in faith during rise to golf’s world No. 1