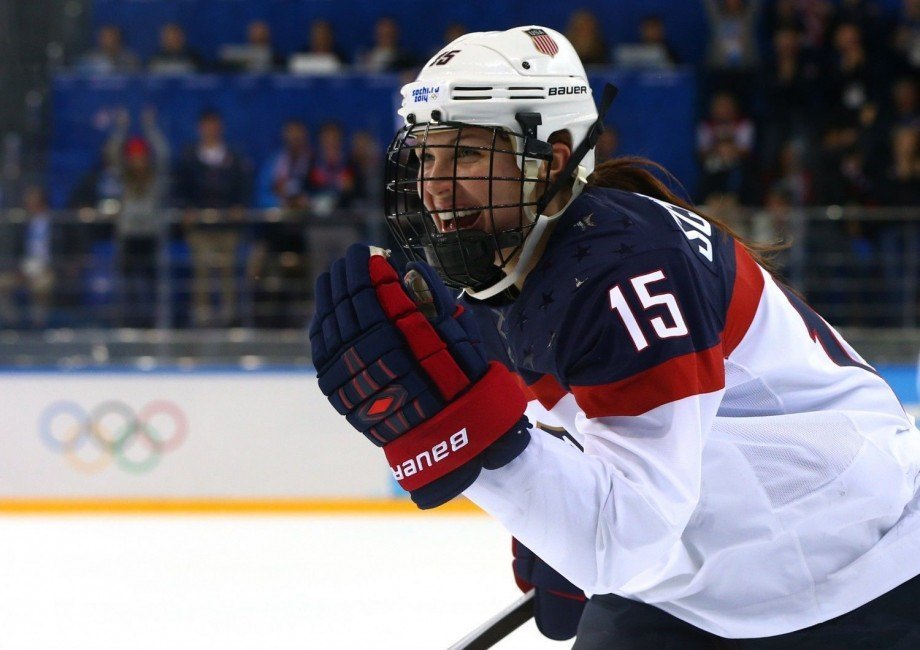 If someone read Anne Schleper’s bio from the past five years they would wonder what she hasn’t accomplished.

In 2011, she won a gold medal at the World Championships for women’s ice hockey.

The following year, in 2012, she did even better by winning an NCAA title with the University of Minnesota and a silver medal at the World Championships.

She topped the next year in 2013 by winning another World Championship gold and a Canadian Women’s Hockey League title with the Boston Blades.

And 2014? She helped Team USA to a silver medal at the Sochi Olympics in February, and became the third Sochi Olympic women’s ice hockey players to train with an NHL team when she practiced with the Tamp Bay Lightning.

U.S. teammate Hilary Knight (Anaheim Ducks, October) and Canadian goalie Shannon Szabados (Edmonton Oilers, March) were the other two to do so.

But if you want to know what’s most important to the 24-year-old, go to her Twitter profile, “@_aschlep” where the first two words on her bio say, with seeming exuberance, “Christ Follower!”

Sure, her bio also mentions the 2014 U.S. Olympic team, that she is a two-time world champion, and a University of Minnesota graduate. But it starts with her identity as a Christian and ends with this: “Ao1” which stands for Audience of One, used by Christian athletes to indicate that they play for God and not for themselves.

It’s something she purposely focuses on because she understands today’s athletic culture and the culture in general.

It’s also why she leads Bible studies with other Team USA members.

“Any time you get in the athletic environment, it’s challenging as a Christian. It’s easy to have an ‘it’s about me’ attitude,” she told Athletics in Action. “That’s why it’s important to be around other Christians who can lift you up and pray for you. It’s good to stay connected, and that’s where I’ve seen those Bible studies at camps be so huge. God is opening the eyes of teammates who I would never have thought would come. He’s building it into something bigger and better.”

“I just constantly try to be a light to them,” she shared with Baptist Press. “I want them to be drawn to me so that they are ultimately drawn to Him.”

Which is something bigger than her athletic success.