In The News: U. S. Women's Soccer Team 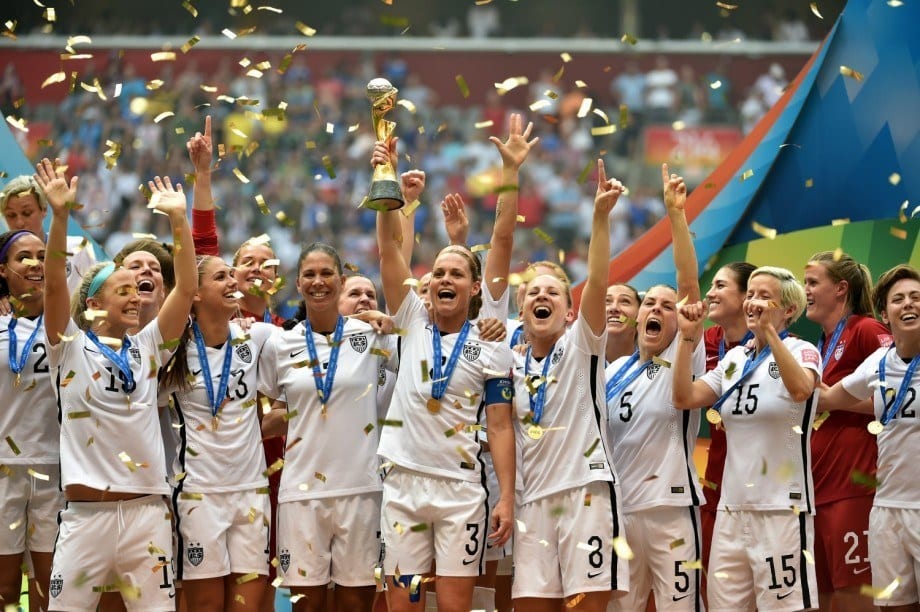 Leading up to the women’s World Cup title game between the United States and Japan, the experts had fans believing the U.S. was struggling.

Although the U.S. had outscored opponents 9-1 in the six World Cup games before the final, sports show critics and former national team players chimed in, claiming that doom awaited the U.S. women’s  team because its play, and even coaching, was suspect and horrid in games leading up to the final.

In the final, though, the U.S. women scored more than half the goals that it had scored in its previous six games to rout Japan, 5-2, winning their first World Cup since 1999 and making up for the World Cup final loss on penalty kicks to Japan in 2011.

The U.S. win was decisive and quick, with Carli Lloyd scoring twice within the first five minutes, Lauren Holiday adding another goal at the 14-minute mark and Lloyd capping her hat trick with a goal at 16 minutes to give the U.S. an early 4-0 lead.

The 90-minute game was essentially over, despite Japan scoring two goals (at 27 and 52 minutes) before Tobin Heath added the final goal for the U.S. at 54 minutes.

It was the largest rout in Women’s World Cup history and the most goals by the winning team since the tournament began in 1991.

The game also highlighted two of the game’s most prominent believers, Holiday and Heath, because of their goals.

“Success is being the best soccer player I can be,” Holiday, 27, told Assist News Services. “The wonderful, wonderful thing about loving Jesus is, it’s not about me. And the spotlight isn’t on me. So when I do step out on the field, I get to play with freedom because I don’t have to worry about if I score or what happens if we lose or if I make a bad pass, because success isn’t determined on that with Christ.”

Heath, also 27, has long shared her faith on the national stage since she played in college at the University of North Carolina.

“I realize that I couldn’t have gotten where I am without Him, and He continues to be my everything every day,” Heath told Baptist Press. “Just as important as winning a game is winning lives for His Kingdom.”

“It’s more than just winning or losing,” she told Beliefnet. “There are so many relationships that go deeper than that. He has a plan in it all. You have to trust that…Everybody wants to be winners–—you have to trust that God has a greater plan for this even when you can’t see it.”