Content for this story was provided by our partner, Compassion International. For $38 a month, you can help rescue a child living in poverty. Visit Compassion.com/SportsSpectrum to help.

Tucked into the Thai Highlands of Northern Thailand, the city of Chiang Mai annually attracts millions of tourists. Some estimates say 9-10 million visitors a year. They come for the beauty of the mountains and botanical gardens, and the classic Northern Thai temples and architecture.

Few visitors ever see the slums that surround Chiang Mai. But they might see people who live there, as peddlers selling handicrafts and cheap toys in the city markets are often from poor areas. They dress in traditional clothes and make money at night, hoping to bring some home to their children.

Often, their kids are left alone back in the slum. And many of those kids make their way to unsupervised game parlors, where they can spend what little money their parents give them — funds intended for food — to play online games on a fancy computer.

There, they become targets. Recruiters looking to pull boys and young men into Thailand’s sex trade prey on impoverished children with no adults to protect them.

That’s where Wanchai Wankasamsan has stepped in. He is the director of a child development center at the Acts of Grace Church in Chiang Mai, and has been working with families in the Kampang Ngam slum for more than five years. He has seen children as young as 10 get approached in these game parlors by peers or older children who were already selling their bodies to foreign tourists. The children are often lured by the easy money and accommodations nicer than their homes in the slum. 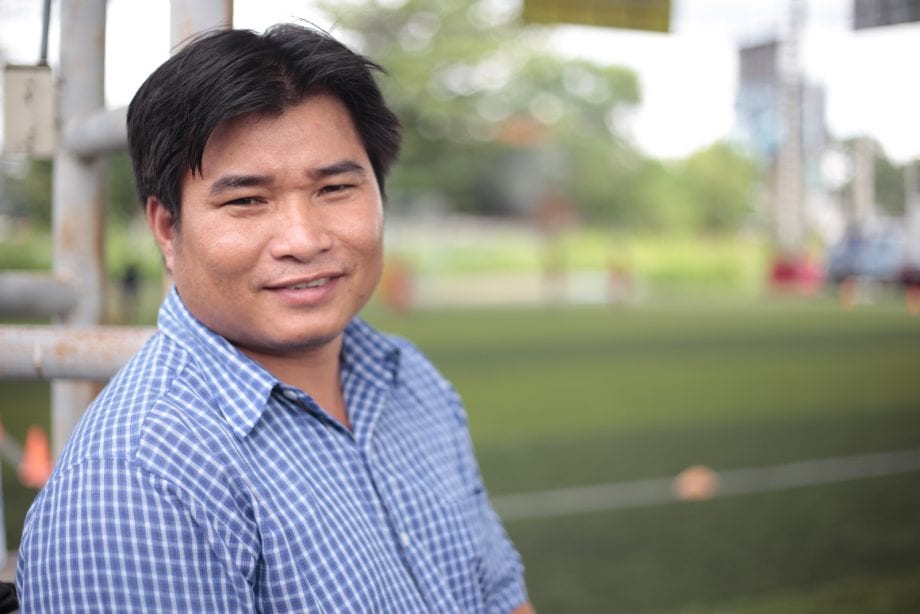 “The older boys recruit younger ones from these game parlors. They are all paid by foreign tourists. The foreigners often then take the boys to nearby hotels,” Wanchai told Compassion International.

Once a boy enters the sex trade, Wanchai says, “it’s almost impossible for us to bring a young boy out of it.”

Thus, Wanchai’s church is using soccer to prevent boys from even getting in a position to be taken advantage of. “We want to get to them before they’ve entered the sex trade or are addicted to computer games,” Wanchai says. “We have to pull them into our community.”

Acts of Grace Church tried to get them to come to its Sunday services, but if the boys attended once, they often wouldn’t return. So in 2013, the church started a soccer ministry. All the children in the slum were invited to join a team of kids from the church and learn to play soccer. And they would be coached by a real soccer coach, a volunteering member of the church.

That’s when Compassion partnered with Acts of Grace Church to help rescue these boys from the sex trade in Thailand. Through Compassion’s partnership, the team was able to hire a coach and purchase equipment and clothing for the children. 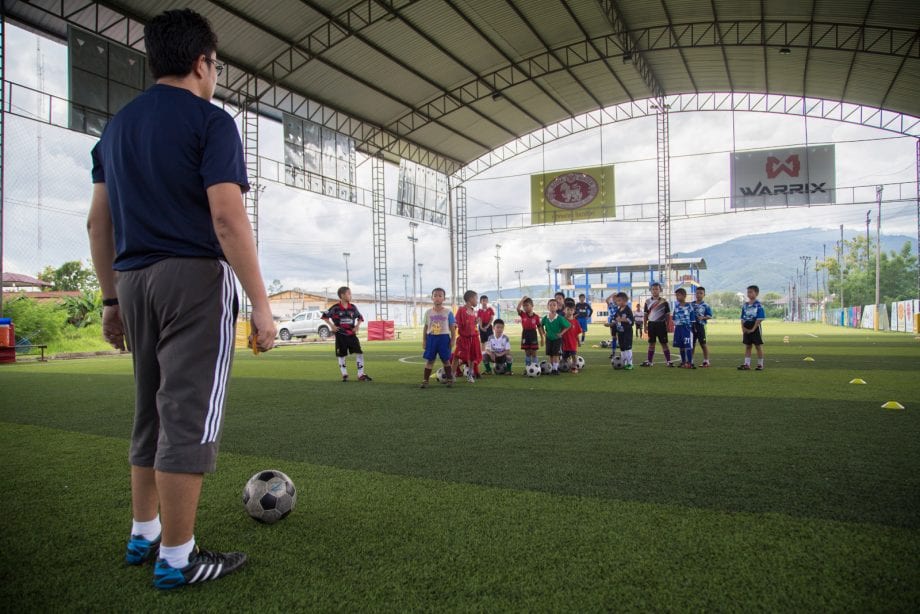 Wanchai says the partnership with Compassion has enabled them to reach 30 kids — and counting. Nearly every young boy in the Kampang Ngam slum is now in the soccer program. That means they’re no longer going to the gaming parlors, and they now have good male role models to look up to in the coaches.

“Parents have told me that in the past, when they had to go work, the children would go missing all night,” Wanchai says. “Now, because they’re so tired from the soccer practice, they sleep instead! So the children stay home and are well rested for school the next morning.”

Even better, the kids are hearing the Word of God. “Already, two or three children have come to believe in Jesus through this program,” Wanchai says. 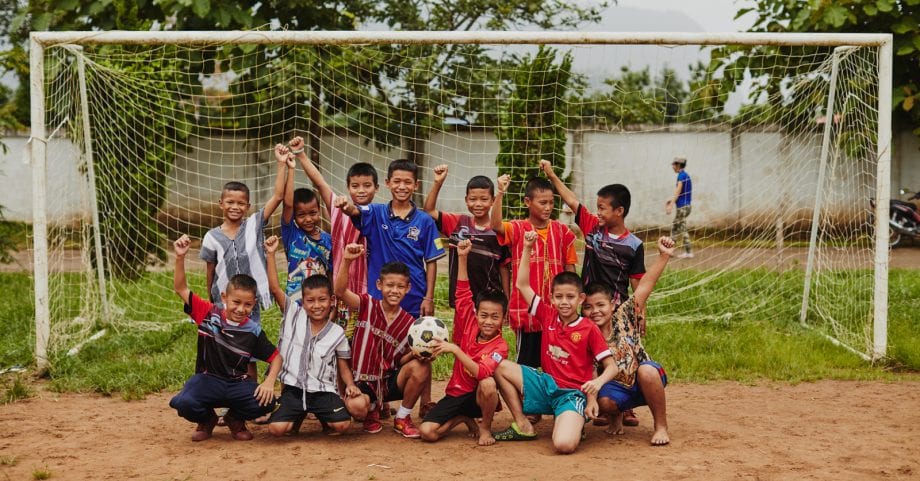 Due to the soccer program’s success, Wanchai no longer sees recruiters coming around the Kampang Ngam area at all. A vicious cycle of entrapment is being stopped.

You can give children a hope more powerful than poverty by sponsoring a child today. Just $38 a month connects a child living in poverty with a loving, church-based Child Sponsorship Program. Click here to help rescue a child.