With a 2-0 victory over New Zealand in November in a two-leg playoff, Peru earned the 32nd and final spot in the 2018 FIFA World Cup. And it marked the country’s first appearance in the world’s biggest tournament since 1982 — when not a single player on this year’s squad had been born yet.

They arrive in Russia as the No. 11-ranked team in the world, one spot behind Spain, the 2010 champions. Peru is led on offense by 34-year-old captain Paolo Guerrero, the nation’s most-capped player (88 national team appearances) and leading scorer (34 international goals).

The defense is led by another 34-year-old: Alberto Rodriguez, who boasts 74 caps. He played many of those games as a team captain, and has also played more than 15 years for professional teams in Peru, Portugal and Colombia.

However, having a successful football career is not what Rodriguez wants people to know most about him.

“As a follower of Christ, this platform makes people see not just the football player, but a person that God has made and put in this position,” Rodriguez says. “This is what God wants. The Bible says we are an open book; the world looks at what we do. I want to be a good reference, a model for young people and adults to follow, not just an athlete, but a person who follows Christ.”

Rodriguez became a follower of Christ when he was around 18 years old through a friend he played football with. His friend invited him to church, Rodriguez liked it and continued to go. Before long, he had a personal encounter with God, who transformed Rodriguez’s life and also that of his girlfriend, who is now his wife and mother of their three children. 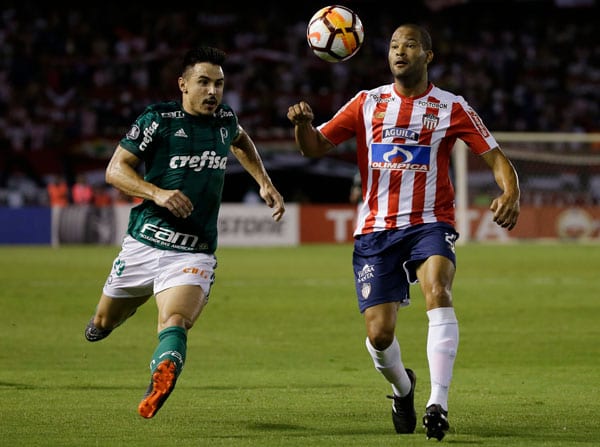 “I know without God I can’t do anything. We are nothing without Him. Today as a national football player, [that] has all happened with God’s help. When Christ came into my life it was a very, very beautiful, important and amazing moment,” Rodriguez says.

Being a follower of Christ in the world of professional sports isn’t always easy. Rodriguez has experienced that, but knows God is for him.

“There is always adversity in all areas of our lives; as a football player there are adversities in training, in the games,” he says. “Things don’t always turn out good. As a professional football player, and a follower of Christ, my banner is Christ. I realize that the Lord is always fighting for me, guarding me, strengthening me, even in complicated situations.”

But being a follower of Christ in the world of professional sports allows Rodriguez to reach people he might not otherwise.

“We are an instrument in the hands of God to be able to share the Good News, His Word. This is a motivation. If He has put me in this position as a professional football player, it is to be light in the middle of darkness. This is an opportunity God has given me,” Rodriguez says.

As he leads his Peruvian teammates on the field and around the world, Rodriguez strives to make clear who he stands for.

“I always want to be better. I want to leave a legacy, an example for the youth that come behind me, so football in Peru continues to develop and grow,” he says. “It is important that the motivation I have is transmitted to others, so they can see not just me Alberto Rodriguez, who I am and what is inside Alberto Rodriguez. But that when they see me, they see God. They see a reflection of what God is doing in my life. This is the biggest joy for any follower of Christ.”

RELATED STORIES:
— Russia’s Alexander Samedov relies on faith as he leads host nation into 2018 World Cup
— 2018 FIFA World Cup preview: A look at each of the 32 teams