'God's got this': Carsten Puckett at peace despite abrupt end to elite high school career

You’ve been nominated as a finalist for the 2020 Gatorade State Player of the Year for softball. Sometimes you get used to success. You’re just that good.

Now, don’t get me wrong. It’s success that’s earned. It comes after years of training. After countless summers of saying “no” to sleepovers and pool parties, after missing your best friends’ birthdays, always putting softball first. Every weekend. Chasing the game across the country.

You’ve put in the reps. You’ve worked yourself into a double threat — a player no opposing team wants to face when you’re on the mound or at the plate. As long as you’re in the game, the game is never over. A walk off homer? Yep. A gotta-have-it, bottom-of-the-seventh strikeout? It’s how you roll.

You’ve won about every accolade softball can award; helped your high school team win a state championship title. Two years ago as a sophomore, you were the first in-state pick for Clemson University’s brand-new Division I softball program.

Now as a senior, you figured you’d lead your school to one more state championship on your watch. Maybe break a few state records on the way. Why not?

You’re at the top of your game, your college future settled, and this is finally your senior year. You intended to sail through and celebrate these few sacred months.

Then along comes an opponent in which there aren’t enough reps to prepare, no game plan sophisticated enough to counter. COVID-19 proved the one thing that could bench softball superstar Carsten Puckett and her senior season. 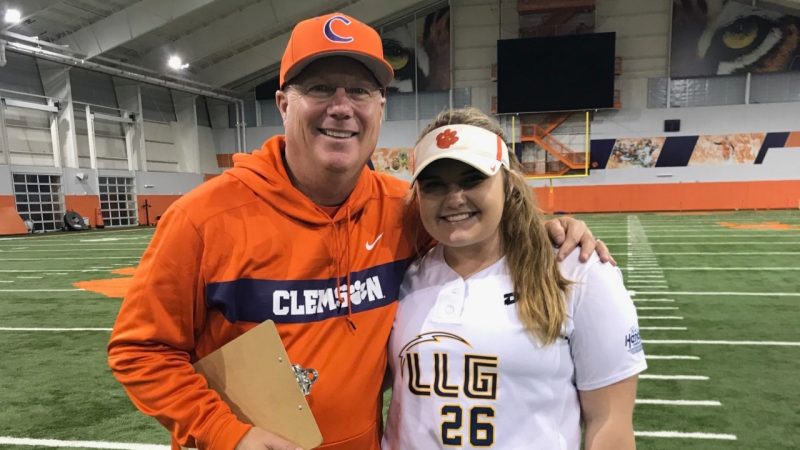 I’m sitting with Puckett on the front porch of her home overlooking beautiful Lake Wateree, S.C., and it’s the first time I’ve seen her up close and personal. For years, she has been the single-most elite athlete on the single-most elite team in our high school division. A juggernaut on both offense and defense, she has a career .587 batting average with 73 home runs, and as a pitcher, an ERA of 1.55 with 578 strikeouts. When you play against her, you never get a break.

Facing Carsten and her team was a reoccurring nightmare. As an assistant coach on an opposing team, I greeted our twice annual contests (read: blowouts) with a mixture of both dread and awe.

So it was that I was expecting when I finally met Carsten, that she would exude a cocky confidence befitting a young woman on her way to play D-I ball. Instead, I was introduced to a sweet, if not somewhat shy, high school senior who is not in love with her outsized talent, but rather, head over heels in love with her sport.

Like all high school and college seniors who found their year irrevocably ended just as it was getting to the sweet parts, Carsten is processing what it all means. For her, it’s mostly about softball, and this softball season was destined to be perhaps her greatest. With nothing to prove, this was to be the season where she played solely for the love of it all — for her teammates, her high school, to leave her final mark, and make lifetime memories.

None of that came to pass. And yet, Carsten is not bitter. She says she’s grown during this time of isolation.

“I learned that God’s got this,” she says. “Whatever happens, happens. I definitely prayed about it a lot. But it’s in His control, not mine.”

That’s a huge admission for an athlete who is used to controlling her game, accustomed to stepping in and shutting down opponents. Put simply, this is a young woman who doesn’t often lose. But the most seasoned athletes will tell you, losing is where you grow. Losing is where the lessons are, if you’re willing to evaluate the things you wish didn’t happen.

So I ask Carsten what she’s learned in this season of losing — losing her senior year, her senior season, so many first “last times” she and her friends were meant to experience. She says that she’s learned in a really significant way not to take anything for granted. Before COVID, this sentiment was little more than a cliché, but now she understands that things can just go away. She says she appreciates everything more now and has an even deeper love for the game. 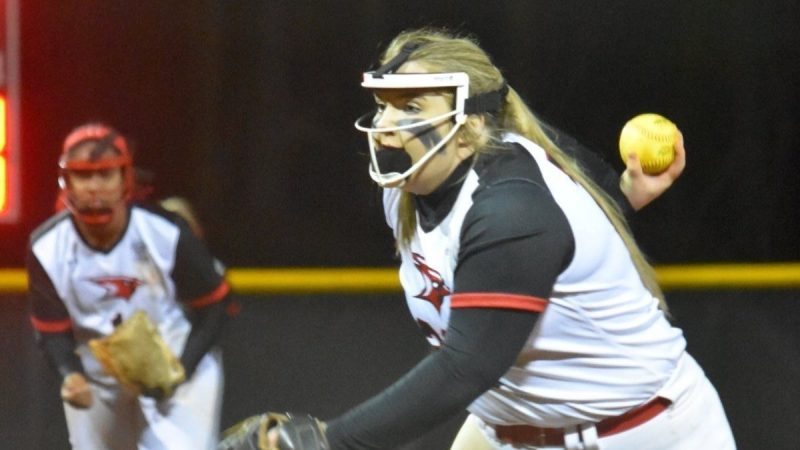 One funny thing she says she’s realized on her own is that she truly enjoys the grind of working out. But there’s a caveat: She enjoys the grind with her teammates, relishes the camaraderie, how iron sharpens iron. She’s working out by herself now — pushing herself in fact — but it’s not fun. She’s experiencing the grind is, well, really a grind alone.

Carsten says she misses the interaction with friends and teachers the most, and while she’s grateful for Zoom it’s not the same. She says her friends are sad about prom and worried about graduation (though they hope it’s just postponed and not canceled at this point), but for her it’s not about missed events and rather about missed time with the people that make those events so special. This has her thinking she will better savor all the “next times” once this crisis is passed.

And that’s why despite all this talk of losing, the sense I get from this elite athlete is one of hope. Perhaps winning is just in her DNA. Or perhaps buoyed by the love of her family and the strength of her faith, Carsten Puckett simply expects the next inning to be better than the last.

That kind of optimism is what it takes to win games, but more importantly to cope when life throws you the curve ball you never saw coming. It’s been a disappointing — if not devastating — few months for seniors and those who love them across the country. But Carsten Puckett says she’s not giving up. She’s looking up. She’s trusting that she’s part of something bigger and waiting — and training — for when the game comes back. Carsten acknowledges that she’s lost a lot this season but she’s determined not to let these months define her. There are many innings left to be played.

I ask her what she wants to tell all the little girls who look up to her in this sport. She says they need to keep working and be ready to get back on the field, because better days are ahead. And she adds, “Play every game like it’s your last. Don’t take anything for granted. Appreciate every second with your teammates. Love the game, appreciate the game, and the game will love you back.”