By Stephen Copeland Sep 13, 2011
“Therefore let no one pass judgment on you in questions of food and drink, or with regard to a festival or a new moon or a Sabbath. These are a shadow of the things to come, but the substance belongs to Christ.” Colossians 2:16-17

“Therefore let no one pass judgment on you in questions of food and drink, or with regard to a festival or a new moon or a Sabbath. These are a shadow of the things to come, but the substance belongs to Christ.” Colossians 2:16-17 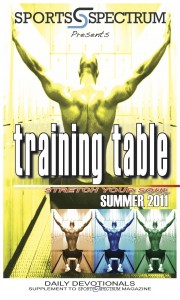 Sports fans can tolerate a bit of wrongdoing if their team is winning. Take John Calipari, University of Kentucky head coach, who’s been involved in numerous controversial recruiting instances. Sure, something shady may be going on…but he still wins. And, thus, Kentucky fans support him. As a Pacers fan, I can relate. Toward the end of Reggie Miller’s career, the Pacers began picking up very gifted, yet somewhat questionable, players. I didn’t mind having “bad boys” on our team; it made the Pacers more talented. It’s easy to accept wrongdoing as long as it makes you feel good.

Paul addresses this in Colossians 2:16-19. False teachers acknowledged Jewish observances and applied the Mosaic covenant to their lives even though, because of Christ, it was no longer in effect. Christ fulfilled the Mosaic covenant and is now the head of the Church. Paul talks about leaders that led followers astray.

Why did this false doctrine exist? Because it sells. For those conflicted about the relationship between Christ and the familiar Mosaic Law, applying Jewish observances could have been a feel-good solution.

These false teachers exist today. Take Rob Bell, author of Love Wins, a controversial book regarding the doctrine of heaven and hell. In an NBC interview with Martin Bashir, Bashir, a Christian, accuses Bell of dancing around difficult issues to package an attractive gospel that sells. Then there is universalism, a theology advertised by Oprah claiming that all religions get to heaven. It’s easy to fill ourselves with unbiblical theology that is comforting on the surface level. Doing it wrong may feel like a temporary victory, but in the end, it doesn’t work.